How might Obama's Supreme Court candidate approach the case between Apple and the Justice Department? Merrick Garland has said the role of the court is not to legislate but to "apply the law to the facts of the case."

With Apple's refusal to comply with an FBI court order widely expected to go all the way to the US Supreme Court, the tech community may be paying particular attention to President Obama's nomination of Merrick Garland to replace the seat left by the death of Justice Antonin Scalia.

During a March 16 ceremony in the White House Rose Garden, Obama nominated Garland, who currently serves as chief judge of the US Court of Appeals for the D.C. Circuit, which the president called "a court often called the second-highest court in the land." Garland's work on a case involving the All Writs Act, which is the basis for the government's case against Apple, could provide the tech sector with insight into how he might view a case such as the one facing Apple over its iPhone encryption.

The US Justice Department and FBI are basing their case against Apple on the All Writs Act (AWA), which was signed into law by George Washington in 1789 and essentially states that people or companies need to provide law enforcement with a reasonable amount of assistance. In return, Apple is arguing that they are manipulating the AWA dramatically beyond the founders' intention and any sensible reading of "reasonable." 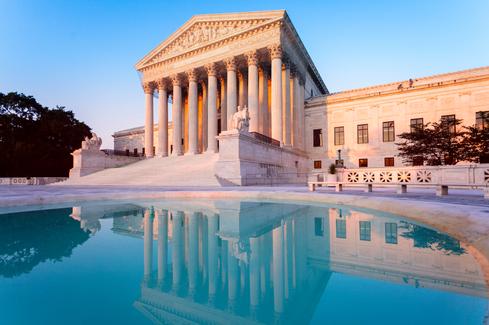 "The Founders," Apple's counsel wrote in a March 15 filing concerning the FBI's request, "would be appalled."

The Past As Guide

Garland is no stranger to the AWA. In the late 1990s, he offered an opinion on a United Mine Workers of America (UMWA) petition against the Mine Safety and Health Administration (MSHA), which had issued a notice to propose rulemaking around the use of diesel engine exhaust in underground coal mines, but hadn't issued a final rule on the matter.

The UMWA, wrote Garland, "seeks a writ of mandamus under the All Writs Act … to 'compel agency action unlawfully withheld or unreasonably delayed.'"

Garland, who sided with the UMWA, wrote that to assess the reasonableness of the delay, in regard to "our equitable powers under the [AWA], we are guided by the factors outlined in Telecommunications Research & Action Center v. FCC (TRAC) for assessing claims of agency delay."

In looking for guidance regarding what constitutes reasonable assistance, Garland may likewise look to earlier rulings on the matter -- such as Apple and members of the greater tech community did in a "friends of the court" brief.

In the case of the United States v. New York Telephone Co., that case's "only 'gloss' on the All Writs Act was its conclusion that a third party could be ordered 'to provide nonburdensome technical assistance to law enforcement officers,'" they wrote. "… Other applications of the Act have thus hewed carefully to the 'nonburdensome technical assistance,' required in New York Telephone."

Apple says the government is asking it to not only hack into an iPhone but to build new software that would allow law enforcement to access other encrypted iPhones as well. Apple insists it has never built such software because it believes "with overwhelming support from the technology community and security experts -- it is too dangerous to create."

It's possible that Garland may dismiss any arguments of the software's safety or dangerousness and instead focus on what the law explicitly states: The matter of whether the act of creating the software is "nonburdensome."

Then again, there may be to more Garland's thinking than legal arguments. In announcing his nomination, Obama emphasized Garland's work as a federal prosecutor, especially his work on the Oklahoma City bombing case.

In that case, you might look to Garland's meticulous nature in collecting evidence and leaving no stone unturned until the conclusion.

Former Oklahoma Governor Frank Keating, a Republican, wrote that during that time that Garland "distinguished himself in a situation where he had to lead a highly complicated investigation and make quick decisions during critical times."

This could point to Garland favoring law enforcement, especially in a terrorism case where police and prosecutors are looking to collect as much evidence as possible to draw a firm conclusion.

And of course, all that depends on whether Garland's nomination is accepted.

As of March 17, the majority of Republican Senators were refusing to vote on the matter.

Michelle Maisto is a writer, a reader, a plotter, a cook, and a thinker whose career has revolved around food and technology. She has been, among other things, the editor-in-chief of Mobile Enterprise Magazine, a reporter on consumer mobile products and wireless networks for ... View Full Bio
We welcome your comments on this topic on our social media channels, or [contact us directly] with questions about the site.
Comment  |
Email This  |
Print  |
RSS
More Insights
Webcasts
Making XDR Work in Your Enterprise - May 12
How the Rapid Shift to Remote Work Impacted IT Complexity and Post-Pandemic Security Priorities
More Webcasts
White Papers
Are We Cyber-Resilient? The Key Question Every Organization Must Answer
Tech Insights: SASE's Pandemic Boost Likely to Stick
More White Papers
Reports
[Tech Insights] SASE's Pandemic Boost Likely to Stick
2021 Application Security Statistics Report Vol.2
More Reports