Robots, Humans Will Work Side By Side, Forrester Says - InformationWeek

Automation will create jobs and destroy them, transforming work along the way. Unfortunately for humans, research firm Forrester anticipates more jobs being lost than being created in the next decade.

Real-Time Analytics: 10 Ways To Get It Right
(Click image for larger view and slideshow.)

Robots will not take all our jobs, but that doesn't mean their arrival will be without consequence. Automated systems -- ranging from free-roaming bots to computerized kiosks, to pure software -- will replace human labor, and it will demand more of it. Unfortunately for humans, research firm Forrester anticipates more jobs being lost than being created in the next decade.

In a Forrester report published on Monday, "The Future of Jobs, 2025: Working Side By Side With Robots," lead author J.P. Gownder argues that fears of robots supplanting humans in the labor force exaggerate the impact of automation. The more salient issue, he says, is that people will find themselves working with automated systems more frequently.

Gownder contends that nightmare scenarios rest on flawed logic. Dystopian entertainment about malevolent robots stokes cultural and psychological fears that distort data with emotion, he says. The most alarming research, like the 2013 paper from Oxford professors Carl Frey and Michael Osborne that foresees as many as 47% of jobs being automated away, offers the fuzziest predictions.

In his report, Gownder also faults the media for focusing on the way technology destroys jobs more often than the way it creates them, because job-loss numbers make better headlines. His indictment is supported by the existence of the news industry maxim, "If it bleeds, it leads." Fearmongering sells.

[How will drones transform the urban landscape? Read Drones: 10 Novel Uses For Your City.]

Yet, Gownder's predictions aren't exactly comforting. Automation will transform the workplace, according to his report, displacing 22.7 million jobs in the US by 2025. The number of new jobs created as a consequence of automation in the next decade will be less than that, only 13.6 million. That's a predicted net job loss of 9.1 million, or 7% of the jobs in the US economy.

Global consultancy Deloitte recently published a report that argues technology creates more jobs than it destroys. The firm based its research on census data from England and Wales dating back to 1871, and UK Labour Force Survey data from 1992.

"The stock of work in the economy is not fixed; the last 200 years demonstrates that when a machine replaces a human, the result, paradoxically, is faster growth and, in time, rising employment," Deloitte's report says. 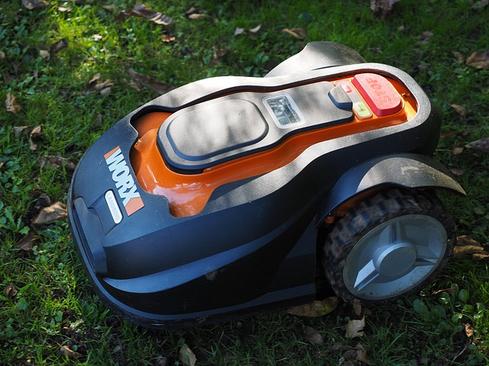 Job gains and losses aside, automation will transform the nature of many jobs, eliminating or altering the way specific tasks are done and requiring new business processes, metrics, and workflows. In the Forrester report, Gownder points to the way IBM Watson can assist with a medical diagnosis as an example of how medical professionals will integrate automation technologies into their work routines.

The report also highlights Delta's management of its self-service kiosks, not as an example of how the airline might use automation to deliver service as cheaply as possible, but rather of how it's using these systems to deliver an experience that instantly meets customer expectations.

Gownder's reverence for the efficiency of self-service kiosks isn't shared by everyone. As former TechCrunch editor Alexia Tsotsis said in a tweet earlier this week: "Want proof we're at no risk of an imminent technological singularity? Use self-checkout at Safeway."

Automated systems may perform some jobs adequately or even exceptionally, but they fail as soon as they encounter a situation not anticipated by those who programmed them. It would be ironic if our limitations as programmers ensured the continued need for people to tend the flawed machines we create.

Tallies of jobs lost and destroyed miss a significant issue: Whether future jobs will reward employees more than past jobs. A Pew Research study published last year suggests that workers are not earning any more than they were 40 years ago. Against this backdrop of income stagnation, the wealthiest 1% have prospered far more than the rest of society, according to the Center on Budget and Policy Priorities.

Things are good if you own the robots, less so if you compete with them.

Gownder said in an email to InformationWeek that he has worries about the quality of the jobs emerging from technologically driven change, pointing to Uber drivers, TaskRabbit workers, and Mechanical Turkers, all of whom lack benefits. But, he said, the picture isn't entirely negative.

"There are a surprisingly robust set of higher-order opportunities that emerge from automation," Gownder said. "Take the robotic repair-person that now works at Dusseldorf airport -- a net-new blue collar job that is nonetheless a good job requiring trade skills. Auditing organizations like KPMG will have to hire and train new types of analysts to contend with the complexity of accounting and risk analysis for organizations that are robot-heavy. And in other cases, more nurses might be hired for patient-facing duties, freed from the regulatory requirements (which eat up a lot of time) associated with managing pharmaceuticals, a task that can be taken on by robots."

Thomas Claburn has been writing about business and technology since 1996, for publications such as New Architect, PC Computing, InformationWeek, Salon, Wired, and Ziff Davis Smart Business. Before that, he worked in film and television, having earned a not particularly useful ... View Full Bio
We welcome your comments on this topic on our social media channels, or [contact us directly] with questions about the site.
Comment  |
Email This  |
Print  |
RSS
More Insights
Webcasts
Protecting Your Enterprise's Intellectual Property
ROI and Beyond for the Cloud
More Webcasts
White Papers
The Value of Threat Intelligence
2020 Threat Hunting Report
More White Papers
Reports
Are Unprotected Cloud Databases Leaking Your Data?
The State of Cloud Computing - Fall 2020
More Reports

"This job loss argument is usually the same one that keep outdated fossile fuel energy alive when more investments could be made in renewable resources with limited job loss by training people from the other sector for the cleaner, and probably better paying job."

@Kstarton: I agree and that's exactly what I feel about this situation as well. There's a limit to how much social factors can influence the reluctance towards the move to a better technology. I think you have to consider the net benefit to the society and not just one social cost (unemployment). If the net benefits are higher, unemployment can be dealt with.
Reply  |  Post Message  |  Messages List  |  Start a Board


"We lost a job, but then again we got a better job. I don't think this would be the scenario in the future. Robots will eat up jobs but then again, it would put human lives at risk just by existing."

@SunitaT0: I think we've seen for a long time that no jobs are really lost in the long run. There are always newer jobs being created and the mode of employment changes. People who keep themselves updated with the changing technology will find a way to survive and move to another area of work. People who choose not to be flexible will be the ones who'd suffer.

Also if I were a doctor I would keep the robot as a consulting help now and then and I wouldn't let it take part in operations.
Reply  |  Post Message  |  Messages List  |  Start a Board

I think it is alarming that our future generations may not expect the same kind of treatment like we had. We got a job. We lost a job, but then again we got a better job. I don't think this would be the scenario in the future. Robots will eat up jobs but then again, it would put human lives at risk just by existing.
Reply  |  Post Message  |  Messages List  |  Start a Board

New products and technologies are always going to change which jobs are in growth and decline. The trick is to look a little ahead and make sure you are ready to jump to a different job if things are looking dim as well as to prepare your kids for jobs where there is going to be more growth than decline. I remember as a kid, a distant cousin kept complaining he couldn't get work becasue the economy was bad. the economy was not too bad, but his job as a lather meant he only had occasional work because he refused to learn a different skill to keep up with the times. This job loss argument is usually the same one that keep outdated fossile fuel energy alive when more investments could be made in renewable resources with limited job loss by training people from the other sector for the cleaner, and probably better paying job.
Reply  |  Post Message  |  Messages List  |  Start a Board
Editors' Choice
Hot Topics