The goal of the Biological Technologies Office (BTO) is to develop next-generation systems that are inspired by the life sciences. Biology is among the core sciences that represent the future of defense technology, DARPA said. The BTO will expand on the work already carried out by DARPA's Defense Sciences (DSO) and Microsystems Technology (MTO) Offices, particularly in disciplines such as neuroscience, sensor design, and microsystems.

[How have the IRS and other agencies managed to improve services despite budget restraints? Read Federal Agencies Win Awards For Innovative IT.]

The new office will initially focus on programs transferred from DSO and MTO, but it will also handle several fresh projects. One of them is Hand Proprioception and Touch Interfaces (HAPTIX), which seeks to create interfaces for limbs that provide amputees with innate feeling and function. The HAPTIX program covers the development and testing of the neural interface, electronics, and packaging technologies for controlling and sensing the prosthesis.

Developing prosthetic technology and nerve interfaces for amputees has long been a focus for DARPA. The agency launched its Revolutionizing Prosthetics program in 2006 and has since added programs like Reliable Neural-Interface Technology (RE-NET) to the portfolio. RE-NET is leading research to develop high-performance, reliable peripheral interfaces that use signals from nerves or muscles to control prosthetics and to provide direct sensory feedback. 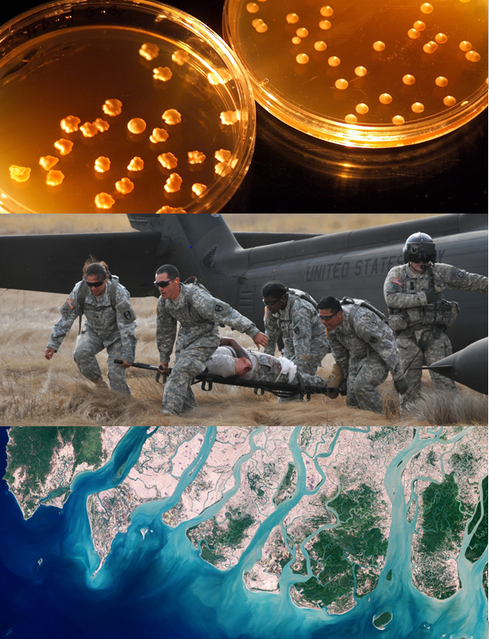 Bio-technology is "of growing interest and importance to DARPA, and among the most promising for future major capabilities," Prabhakar said in March 26 testimony before the House Subcommittee on Intelligence, Emerging Threats, and Capabilities. "Biology is nature's ultimate innovator, and any agency that hangs its hat on innovation would be foolish not to look to this master of networked complexity for inspiration and solutions."

Living Foundries was among the programs Prabhakar discussed during the hearing. She said the program is producing new classes of materials with properties for enabling the next generation of mechanical, optical, and electrical products.

She also addressed a more pressing subject of chemical and biological weapons, saying that researchers would typically need decades to gain a "cellular-level understanding" of how new threat agents affect people. A five-year program called Rapid Threat Assessment (RTA) aims to understand the molecular mechanism of threat agents, drugs, biologics, and chemicals. According to DARPA, the goal is to develop countermeasures to chemical and biological weapons within 30 days of exposure to a human cell.

Elena Malykhina began her career at The Wall Street Journal, and her writing has appeared in various news media outlets, including Scientific American, Newsday, and the Associated Press. For several years, she was the online editor at Brandweek and later Adweek, where she ... View Full Bio
We welcome your comments on this topic on our social media channels, or [contact us directly] with questions about the site.
Comment  |
Email This  |
Print  |
RSS
More Insights
Webcasts
Enterprise Database Strategies for 2020
Why Performance Testing is More Critical Today
More Webcasts
White Papers
[Comparison Guide] Wired vs. Wireless LAN Solution
How to Architect and Build Highly Observable Systems
More White Papers
Reports
How Remote Network Management Keeps the Business Running
Collective Offense Calls for Collective Defense
More Reports
Copyright © 2020 UBM Electronics, A UBM company, All rights reserved. Privacy Policy | Terms of Service