How State CIOs Can Save $11 Billion - InformationWeek

State government CIOs can save precious budget dollars by automating services and focusing on productivity, according to a new report released this week by the Information Technology and Innovation Foundation.

Living in a nation with 50 states can mean 50 different ways of dealing with the same challenges. But it doesn't have to be that way. An estimated $11 billion could be saved over the next five years if states do some of the same things the same way.

That was the finding of Information Technology and Innovation Foundation (ITIF), which presented its report at the annual conference for the state government CIO organization, the National Association of Chief Information Officers, in Salt Lake City this week. (View the ITIF report here.)

"Eleven billion dollars is not all that small," said Rob Atkinson, president of ITIF. One must take a closer look at the ledger to grasp the sum's significance. "A big share of start budgets go to transfer payments," like Medicaid. That leaves the state budgeting to pay for its other normal functions, such as law enforcement and infrastructure. 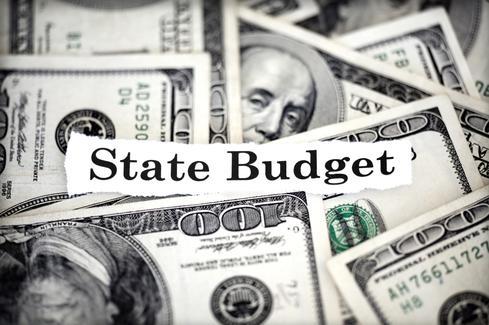 "Assume the major gains come from the informal functions government engages in," like the necessary paperwork and forms, Atkinson continued. States should "automate person-to-person transactions," basically having citizens do for themselves what a state employee had processed for them, he added. (One example would be renewing your driver's license at a self-serve electronic kiosk instead of at a clerk's window.)

The report also made a number of basic recommendations:

Empowering IT to make change possible is especially challenging for states. The annual budget process is one obstacle that results in IT decisions that are "penny wise and pound foolish," Atkinson said. A business can "pay a lot of money up front and save a lot of money later," he said, but "states don’t think that way."

"They have to come up with a better capital budget framework." Now that information technology has slowed down a bit, "(you) can have longer life cycles for IT capital spending."

CIOs also must get past "break/fix" maintenance to become strategic assets in state government. "The problem is that the CIO function is lagging in transformation (compared) to the CIO in a corporation."

"The governor controls the show," since he appoints the state CIO. Governors have to want state IT to change in order to make it possible for their CIOs to implement change. Governors will also need to use their political capital to push back against state agency heads who want to do their own thing. That forcefulness can result in IT systems incompatible with the rest of state government.

[Need more dollars in your IT budget? Read How To Get More Resources for IT.]

The federal government also has a role to play, because many federal programs intersect with those state agencies that receive funding to implement them. "Our state is unique" is a common phrase heard when state officials react to a federal initiative, Atkinson explained.

But this can be dysfunctional, since it can lead to custom-built IT solutions that produce incompatible data that can make comparative analysis difficult. "Once something works, other states should think about adopting it."

The Federal and state governments can create incentive programs for IT-led productivity. The White House's Office of Management and Budget should also find ways to harmonize federal agency grant requirements for state IT.

Shifting paper applications online can spur productivity gains. States can offer discounts on fees to encourage citizens to use online options. That's cheaper for the state because a process gets automated instead of staffed, Atkinson explained. "If you create an easy-to-use system, I will use it."

In the end, it comes down to gaining productivity. But to a state, this might mean something different than it does for business.

In the US, businesses will re-engineer their processes and restructure employment to take the best advantage of information technology, Atkinson explained. European companies make lesser gains because of their reluctance to do the same, and state governments are comparable to European companies in this respect, he said.

"The studies we look at suggest it takes a year or two to realize (productivity) gains." Here productivity isn't measured in higher profits or increased sales. States don't have top lines or bottom lines. Instead, productivity means how well a state improves the lives of its citizens and businesses, Atkinson said.

William Terdoslavich is an experienced writer with a working understanding of business, information technology, airlines, politics, government, and history, having worked at Mobile Computing & Communications, Computer Reseller News, Tour and Travel News, and Computer Systems ... View Full Bio
We welcome your comments on this topic on our social media channels, or [contact us directly] with questions about the site.
Comment  |
Email This  |
Print  |
RSS
More Insights
Webcasts
Making XDR Work in Your Enterprise - May 12
How the Rapid Shift to Remote Work Impacted IT Complexity and Post-Pandemic Security Priorities
More Webcasts
White Papers
A Decade of Passive DNS
Top 5 Tips for Enterprises Choosing a Firewall
More White Papers
Reports
Are We Cyber-Resilient? The Key Question Every Organization Must Answer
A Decade of Passive DNS
More Reports