After more than a decade at the General Services Administration, CIO Casey Coleman is leaving for the private sector, joining AT&T Government Solutions as an executive VP for client relations. Sonny Hashmi, GSA's deputy CIO, will serve as acting CIO.

"Advances in cloud, mobility, big data, and security present federal organizations with a new world of opportunities," Coleman said in a statement about her decision to return to the private sector.

During her tenure at GSA, Coleman led the government's first migration to the cloud, using the Google Apps for Government platform for email and collaboration. The move saved GSA more than $15 million over five years. But more importantly, it established a template for other federal agencies to migrate their email systems to the cloud.

[Migrating email to the cloud only solves part of the problem for CIOs. Read Tools That Soothe Enterprise Email Pain]

Coleman also led the integration of GSA IT infrastructure operations into a single program, closing 37 datacenters, consolidating 40 contracts and 15 help desks, and collectively saving more than $100 million. She also directed the consolidation of GSA's seven IT offices under the Office of the CIO, with three-year savings of $60 million. 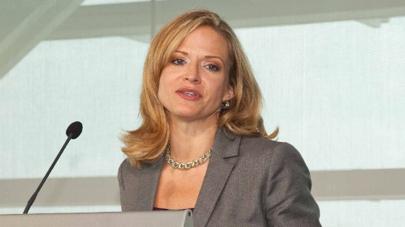 As a member of the Federal CIO Council, Coleman created the council's steering committee that led to the Obama administration's "cloud first" initiative. She also helped create FedRAMP, the government program that streamlined cloud computing certifications for federal agencies.

Coleman first came to GSA in 2002 as CTO and deputy associate administrator for the newly-created Office of Citizen Services. She became CIO of the agency's Federal Acquisition Service in 2004 and became CIO of the entire agency in 2007.

Prior to joining the GSA, Coleman worked in different capacities for several technology companies, including Lockheed Martin and Kana Software.

Mike Hettinger, senior VP of public sector at TechAmerica, the technology trade association, praised Coleman's performance while at GSA. "Casey has led some of the most important evolutions of technology within GSA, and her work will reverberate as the government continues to modernize the way it serves citizens," Hettinger said in a statement.

Casey Coleman's departure from GSA is a tough loss for GSA and the Federal CIO Council -- and a great gain for AT&T Government Solutions.  Casey  knew how to fight the many battles CIOs face in government, but she also demonstrated a great willingness to work for the greater good of the government IT community. GSA Administrator Dan Tangherlini made a good move in backing Coleman to consolidate GSA's many internal IT operations under one office, and many ways, much of the consolidation work is completed.  Sonny Hashmi brings a lot the position as acting CIO. Here's to his success building on Casey's work and taking GSA's IT operation onward and upward.