The federal agencies responsible for developing backup capabilities for GPS -- the government-run global positioning system that has become part of daily life -- are not making sufficient progress in meeting a presidential directive issued nearly a decade ago, according to a new report by the Government Accountability Office, the nonpartisan investigative arm of Congress. 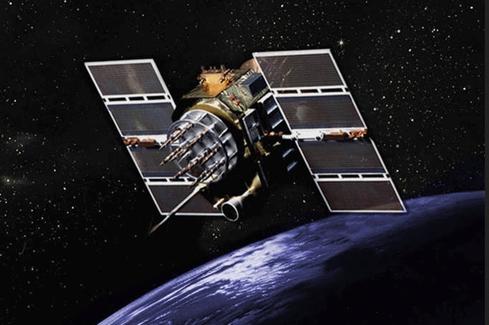 The threat of disruptions in the satellite network and support systems that provide precise positioning and timing data to the public (and to the nation's 16 critical infrastructure sectors) has been a concern for many years. That's why a National Security Policy Directive (NSPD-39) tasked the Department of Transportation and the Department of Homeland Security in December 2004 to jointly develop backup capabilities in response to potential natural and manmade GPS disruptions.

The directive instructed the DOT and DHS to create a plan for detecting and mitigating GPS interference. It also required them to coordinate efforts to "develop, acquire, operate, and maintain backup capabilities that can support critical civilian and commercial infrastructure during a GPS disruption," the GAO report said.

[DHS and DOT aren’t the only agencies running behind schedule. Read: Federal Agencies Lagging On IT Savings Mandate]

The DHS is responsible for coordinating the government's national effort to protect critical infrastructure. The DOT is the lead agency for all civilian bodies involved in the development, management, and operation of GPS products and services.

The agencies have launched a number of efforts to fulfill the directive. The DOT has been researching GPS alternatives for aviation, while the DHS has an initiative dedicated to GPS interference detection and mitigation. It is also exploring a potential nationwide backup to GPS timing -- a feature widely used in critical infrastructure. However, GAO investigators found many of these tasks remain incomplete.

"A plan to collect and assess additional data and subsequent efforts to ensure that the risk assessment is consistent with DHS guidance would contribute to more effective GPS risk management," the report said.

Another shortcoming is the lack of collaboration between the agencies; DOT and DHS leaders haven't clearly defined their roles to meet the directive. The report recommended that they establish a formal, written agreement that explains how the agencies plan to share responsibility, and that they "set forth the agencies' plans for examining relevant issues."

The US government has invested more than $5 billion in GPS since 2009 but provides the service free of direct charge to users worldwide, according to the report. The service consists of three segments: the user segment, which depends on receivers to collect and process signals from orbiting satellites; the ground-control segment, a global network of ground facilities that track satellites and monitor their transmissions; and the space segment, which consists of at least 24 satellites. The ground and space segments are operated by the US Air Force.

In a letter to GAO leaders regarding the report, the DHS did not agree with all the recommendations, and it remains to be seen what actions the department will take in response.

InformationWeek 500 companies take a practical view of even trendy tech such as the cloud, big data analytics, and mobile. Read all about what they're doing in our special issue. Also in the InformationWeek 500 issue: a ranking of our top 250 winners, profiles of the top five companies, and 20 great ideas that you can steal (free registration required).

We welcome your comments on this topic on our social media channels, or [contact us directly] with questions about the site.
Comment  |
Email This  |
Print  |
RSS
More Insights
Webcasts
Enterprise Database Strategies for 2020
Now That Ransomware Has Gone Nuclear, How Can You Avoid Becoming the Next Victim?
More Webcasts
White Papers
DevOps for the Database
Wired vs. Wireless LAN Solution
More White Papers
Reports
Online Threats -- and What Your Org Can Do About Them
[Special Report] Remote Network Management
More Reports

In the 60s, the government set a goal of going to the moon within a decade and did it.  Now the government can't set up Healthcare.gov, much less update the GPS system.  I've been watching technology evolve for four decades and have seen amazing things happen, but I'm starting to think that every step forward is getting so expensive and difficult that we may be nearing the summit of Mount Technology.

Given the billions in value that companies like Google get from GPS, it seems like the US should ask the private sector to kick in some expertise and funding. If ever there was a prime opportunity for some public/private collaboration, this seems like it.
Reply  |  Post Message  |  Messages List  |  Start a Board

As of 2013, the United States NAVSTAR Global Positioning System (GPS) and the Russian GLONASS are the only fully operational Global Navigation Satellite Systems that provide autonomous geo-spatial positioning with global coverage. Europe is building its Galileo GNSS, but has launched only a few of what will eventually be 30 satellites (27 operational + 3 active spares). So the good news is, the world is adding capacity and back up potential.

The problem is, the Earth is subject to extreme solar events which can disrupt GNSS signals, and the satellites themselves. One estimate puts the probability of these occurences at 1-in-100 per year. Then there's the growing risk from jamming.  The cost of jamming equipment is low which can affect relative large areas on earth.  So while capacity may be growing, so are the risks of disruption.
Reply  |  Post Message  |  Messages List  |  Start a Board

What would it take to fulfill this requirement? A backup for every satellite in the sky? Is it the failure of individual satellites the biggest concern or some other aspect of the overall system architecture?
Reply  |  Post Message  |  Messages List  |  Start a Board
Editors' Choice
Hot Topics