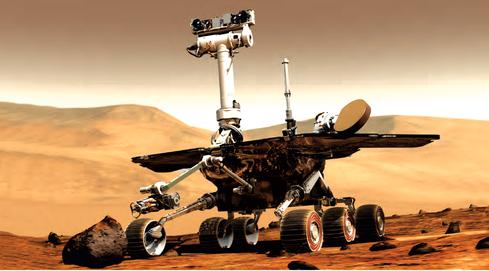 Federal Communications Commission's (FCC) chairman Tom Wheeler is moving ahead with a new version of rules promoting net neutrality, despite last month's decision by a federal appeals court to strike them down.

The US Court of Appeals for the District of Columbia Circuit didn't agree with FCC's legal reasoning, and said the FCC doesn't have the authority to carry out rules preventing broadband providers from selectively blocking or slowing websites and services. The D.C. Circuit court rejected Verizon's claim that the FCC lacks jurisdiction over broadband providers, but also prohibited an attempt by the FCC to regulate the company under common carrier rules, which are typically used for phone companies. The FCC had elected to exempt broadband providers from common carrier rules, and therefore, could not treat them as such.

A petition on We the People, a White House petition website, urged president Obama to allow the FCC to reclassify Internet service providers as common carriers. Federal chief technology officer Todd Park and director of the National Economic Council Gene Sperling posted a response to the petition on the White House blog in support of net neutrality. However, they said the president would not get involved because the FCC is considered an independent agency.

[Why one CIO believes competition, not regulation, is the best way to make the Internet open: Net Neutrality Court Ruling Won't Ruin The Internet.]

The FCC does have some authority to regulate broadband services, according to the January court ruling. Wheeler released a statement on February 19, saying the FCC is seeking public input for an updated set of rules for an open Internet. Instead of appealing the court decision in the Verizon v. FCC case, the commission plans to reintroduce the rules under its legal authority.

The D.C. Circuit ruled that the FCC has the legal authority to issue enforceable rules of the road to preserve Internet freedom and openness. I intend to accept that invitation by proposing rules that will meet the court's test for preventing improper blocking of and discrimination among Internet traffic, ensuring genuine transparency in how Internet service providers manage traffic, and enhancing competition. 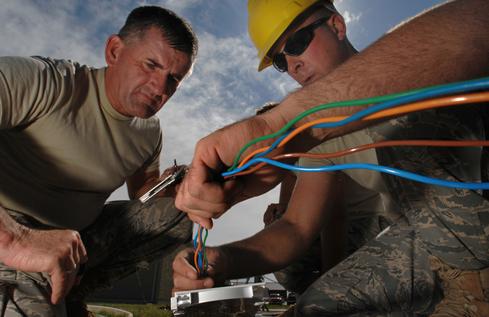 Wheeler outlined the next steps for ensuring that the Internet "remains a platform for innovation, economic growth, and free expression." He said fellow commissioners must enforce and enhance the transparency rule, which requires that network operators disclose how they manage Internet traffic.

The same goes for "no blocking," a rule for which the FCC hasn't provided a sufficient legal foundation, according to the D.C. Circuit court. "We will carefully consider how, consistent with the court opinion, we can ensure that edge providers are not unfairly blocked, explicitly or implicitly, from reaching consumers, as well as ensuring that consumers can continue to access any lawful content and services they choose," Wheeler said.

Last, the FCC will use its authority to regulate the Internet under Section 706 of the Telecommunications Act of 1996 to "fulfill the goals of the non-discrimination rule," said Wheeler. This includes setting an enforceable standard for edge providers, consumers, and broadband providers, as well as identifying behaviors by broadband providers that the commission might find skeptical.

The updated net neutrality rules are likely to be completed by late spring or early summer. In the meantime, Wheeler said the FCC will hold Internet service providers to their promise to honor the safeguards outlined in the 2010 Open Internet Order, which aims to preserve an open and well-functioning Internet.

Elena Malykhina began her career at The Wall Street Journal, and her writing has appeared in various news media outlets, including Scientific American, Newsday, and the Associated Press. For several years, she was the online editor at Brandweek and later Adweek, where she ... View Full Bio
We welcome your comments on this topic on our social media channels, or [contact us directly] with questions about the site.
Comment  |
Email This  |
Print  |
RSS
More Insights
Webcasts
5 Steps to Integrate SAST into the DevSecOps Pipeline
Cloud Security Threats Enterprises Need to Watch
More Webcasts
White Papers
Simplify Your App Security
[IT Trend Report] The Future of Cloud
More White Papers
Reports
Can You Spare 10-12 Mins to Help Us Out with a Survey on Tech Trends?
Got 7 Minutes? Dark Reading Needs Your Help With Our Survey on Incident Response
More Reports

The FCC has traditionally been in the back pocket of the telcoes so all the noisemaking RE reclassification into common carrier is so much hot air to fool consumers into thinking Tom Wheeler will actually dare to interfere with the profit margins of VZ et al. Hint: He won't and biz as usual will continue.
Reply  |  Post Message  |  Messages List  |  Start a Board

I think you're forgetting that companies like Verizon and Comcast already provide ISP services that are separate from their cable TV services. The ISP parts already function as you are suggesting that they should, which is that they are generic data pipes through which the consumers can choose their content providers. Plus, many consumers already live in markets where they have at least two ISPs to choose from.

I'm not sure how your suggestion that bandwidth costs be shared with content providers can be feasible -- you certainly wouldn't want the government dictating that -- or whether it will make any real difference to the consumers. In the end, all costs will be passed down to the consumers in some way, whether by the ISP or the content provider, such as Netflix. The main point is that FCC regulation is still needed because current market forces alone will not prevent companies like Verizon or Comcast from restricting consumers' online access to try to boost their cable TV businesses.
Reply  |  Post Message  |  Messages List  |  Start a Board

The problem is that almost all ISPs are also content providers and / or have exclusive deals with content providers. It is typical business practice to favor yourself and your customers over competition. Best example is Netflix, direct competition to ISPs that are also TV providers and often have exclusive deals with Disney (ESPN) for distributing online content. Netflix uses more and more of the ISPs infrastructure without compensating the ISPs for their expense. One option would be for ISPs to roll that expense to the consumers, but higher prices or metered access is a no go.

One solution would be to follow the electricity market although there grid operators can still be selling content (electricity), but are not allowed to generate it. The goal is to have multiple ISPs marketing data connections to consumers. Consumers then can use that data connection to subscribe to any amount of services. Service providers are allowed access to any of the data networks, but have to pay for submitting data into the network. That means a small email service provider pays by far less overall as a big online video streaming service, but the cost per transferring 1 MB of data is the same for all. The streaming services and other big bandwidth consumers then need to model their pricing to match that expense. Further, discounts are given for short range distribution. If a content provider has the source close to the end user the data traffic can be routed predominantly over the local network segments if not even give direct access. That would help making distributing digital TV services less expensive, but the providers need to operate multiple regional service points. So a Netflix might need to run a number of data centers rather than one or two big ones to keep distribution cost down. That will then also give more incentives to ISPs to expand their networks, the more bandwidth they can offer the more services they can handle and get a quicker return on their investment.
Reply  |  Post Message  |  Messages List  |  Start a Board

It makes sense for the FCC to reclassify Internet service providers as "common carriers."  If upheld, it would give the FCC a distinct set of regulatory tools to promote net neutrality and ensure the Internet stays free and open, something the White House supports.
Reply  |  Post Message  |  Messages List  |  Start a Board

Right Jupiter. And, even if they could get the money, where would they put the cable? There isn't any room left on that poor, overburdened telephone pole outside my window as it is.  My neighborhood already looks like the inside of a PC, with wires, cables, pipes, subway lines, gas mains and everything else even now. I believe internet infrastructure is every bit the "natural monopoly" that POTS (plain old telephone service) used to be. I still don't understand why internet service isn't defined as a common carrier.
Reply  |  Post Message  |  Messages List  |  Start a Board

This is a problem brought about by government involvement. If cable companies didn't have legalized monopolies in their areas, then there could be a lot more competition. Imagine Comcast, Charter, Verizon, and whatever other companies exist that could compete across the country. Throw in the telcos that already compete with the cable companies, not to mention satellite providers (latency issues notwithstanding).

With healthier competition, I guarantee that neutrality would be a competitive factor. We don't need government to get involved in telling free market companies how to operate. While they use the excuse it's for the "good of the people", we are opening the door for further inteference in the future. Once they've stepped in for "net neutrality", who's to say they won't step in again for some other "crisis" that requires some cencorship like they do now for TV and radio? There goes true neutrality.

If you are at all concerned about net neutrality, the worst thing that can happen is for the government to get involved. Business is ultimately accountable to their customers. Big government is accountable to no one.
Reply  |  Post Message  |  Messages List  |  Start a Board

But where would those startups get their cabling infrastructure? Unless they get the necessary billions of dollars from investors, the current ISPs can crush them in different ways before they can become financially viable companies.And which investors would be willing to pony up their billions knowing these risks? This is why we need FCC regulations NOW to ensure that the ISPs will not unfairly restrict their customers' internet access, rather than hope for a solution in startup competitors that may never come.
Reply  |  Post Message  |  Messages List  |  Start a Board

I get the feeling that with big ISPs rolling over on court ordered site blocks, implementing filters and looking to limit certain traffic, the market is ripe for some new, startup ISPs with a focus on customer satisifaction and (more importantly) protection of their rights.
Reply  |  Post Message  |  Messages List  |  Start a Board
Editors' Choice
Hot Topics