Some members of British Parliament are complaining that Google owes far more than the $189 million tax bill paid to the UK government.

Earlier this month, several Google executives had to appear before a special panel in the British Parliament to explain why the company paid only £130 million ($189 million) in back taxes after making a deal with the British tax office.

The inquiry, brought by Members of Parliament (MPs) from all the parties, is responding to public sentiment that the big Internet company and other multinationals are receiving unduly favorable tax arrangements.

Google's vice president of finance, Tom Hutchinson, appearing before the special accounts committee, said that the deal reached with Her Majesty's Revenue & Customs (HMRC), the British equivalent of the IRS, was the largest settlement the company had paid outside the US.

Some lawmakers laughed at the figure, especially after learning that Google had collected revenue of over $7 billion in the UK in 2015 alone. The $189 million in taxes covers all obligations from 2005 to 2015.

According to some experts, Google probably paid an effective tax rate of about 3%, in contrast to the average paid by corporations in the UK of 20%.

At the same hearing, Matt Brittin, Google's European head of operations, claimed that the tax payment reflects the activity of the company in the UK. "We're paying the tax bill the taxman has told us to pay," he said.

When the MPs asked Brittin about his own compensation, he said has no idea what he gets paid. "I don't have the figure but I'll provide the figure privately, if it's relevant to the committee to understand my salary," he said. He also claimed that Google can't pay more tax even if it wants to: "We can't legally pay more tax in the UK."

Conservative MP Richard Bacon shot back: "That's simply not true. You can hand in more… any time you like."

It took six years for HMRC to come up with the figure, and it is not willing to explain the calculation, claiming taxpayer privacy. HMRC says Google has paid the taxes it is supposed to pay. 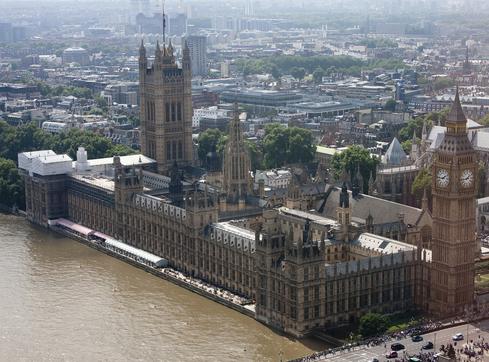 The MPs are also concerned about mounting evidence of close ties between Google executives and Prime Minister David Cameron.

Former cabinet minister Vince Cable and American multibillionaire Rupert Murdoch have been expressing concerns about multinationals' influence in the UK government. Cable argued that the decision of HMRC to announce a deal unilaterally was an effort to undermine the efforts of the European Commission and other countries to force multinationals to pay a fair share of taxes across the EU.

The European Commission has proposed that EU member states force companies to tell the tax office of each country in which they operate how many staff members they employ there, what their revenues and profits are, and how much tax they pay.

The European Commissioner for Competition, Margrethe Vestager, is investigating the UK deal because it could be classified as illegal state aid.

Vestager said in a BBC radio interview that "if one company doesn't pay the taxes [they are supposed to] then obviously this company has a stronger position in that competition."

She has on her side European legislation that allows her, for example, to fine guilty firms up to 10% of their global turnover, and she is prepared to use it.

[Want to learn other ways Google is trying to appease the EU? See Google Expands 'Right to Be Forgotten' to More Websites.]

One of the key issues here is the lack of a Europe-wide agreement on how Google and other foreign multinational corporations should deal with taxes in the EU.

Many corporations establish a European subsidiary in one of the countries that has the most favorable tax terms, usually Ireland, Luxembourg, or the Netherlands. They book all their income through that subsidiary and later charge large "consultancy" and services fees from other subsidiaries outside the EU to offset profits, effectively paying little or no corporate taxes in the EU.

Google is also facing audits in several other countries, including Italy and France. The latter is asking for as much as €1 billion, or up to $1.13 billion, in back taxes and penalties. France's economy minister Emmanuel Macron said last month that Google was in talks with France to settle that deal, but it is unclear if an agreement is near.

Pablo Valerio has been in the IT industry for 25+ years, mostly working for American companies in Europe. Over the years he has developed channels, established operations, and served as European general manager for several companies. While primarily based in Spain, he has ... View Full Bio
We welcome your comments on this topic on our social media channels, or [contact us directly] with questions about the site.
Comment  |
Email This  |
Print  |
RSS
More Insights
Webcasts
Fintech at SaaS speed: Navigating the scale & security challenge
Bolstering Your Enterprise Cyber Risk Assessment
More Webcasts
White Papers
Why Energy Management is Critical to 5G Success
Best Practices Guide to Containers/ Kubernetes Security
More White Papers
Reports
Gartner's Top 9 Security Trends in 2020
Protection Strategies for a Cyber-Resilient Organization
More Reports