Google is shuttering its Play for Education division. At the same time, the company responded to requests for information from US Senator Al Franken, who has been asking questions about how much student data Google collects and how the company uses the data.

Google has decided to close Play for Education, a curated application portal designed for educators, after three years, according to reports in TechCrunch and CRN.

An extension of Google Play designed for schools, the portal allowed educators to find Android and Chrome apps approved by teachers for teachers, as well as educational videos and a collection of classic books for their classroom.

"As of March 14 or later, Google will no longer sell Google Play for Education licenses," a Google spokesperson wrote in an email statement to TechCruch. "We're committed to providing schools with the best-in-class tools for the classroom, including Chromebooks, which are the #1 selling device in US K-12 education, and a strong and growing ecosystem of educational apps. We'll continue to support our Google Play for Education customers and the devices that they have purchased."

The portal allowed educators to search for approved apps by grade, subject, and standard, including Common Core State Standards, as well as make bulk purchases and pay using a purchase order, then instantly distribute the apps directly to classrooms and schools. 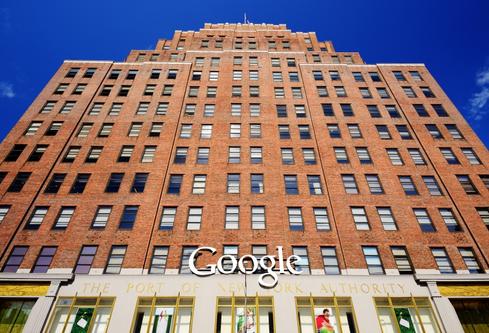 An unnamed Google partner executive quoted by CRN explained how he learned of the project's demise while trying to execute a customer order.

"We noticed something funny a couple weeks ago when a client requested a quote for a number of Play for Work tablets," he said. "Basically all manufacturers told us all those devices were end-of-lifed."

Play for Education was part of Google's strategy in the educational markets, along with the company's low-cost Chromebooks, but the end of the portal doesn't appear to indicate Google is giving up on the space, where it faces competition from rivals Apple and Microsoft.

Following an inquiry from US Senator Al Franken (D-Minn.), Google explained in a letter that it collects data from students who use the company's services like YouTube, Blogger, and Google Maps.

Franken and Electronic Frontier Foundation have been critical of how Google collects data through its Google Apps for Education (GAFE), although the company defends its data collection efforts.

"Personal information collected in GAFE core services is used solely to provide those services," Susan Molinari, vice president of public policy and government relations, wrote in a Feb. 12 letter. "Schools are responsible for compliance with the Children's Online Privacy Protection Act of 1998, including obtaining parental consent for collection of students' personal information in GAFE core services."

Molinari noted school administrators choose which, if any, additional Google services outside of the GAFE core services to allow their students to access.

"Many of these non-­GAFE services, such as Search, Earth, Maps and YouTube, have functions which schools find educationally relevant and valuable," she wrote.

[Read how Google is pitching its Chromebooks at businesses.]

Franken called the response thorough, but said he plans to follow up with Google to further clarify questions about its student data practices. (For example, what exactly Google is doing with the data it collects from students, and whether the company would give students and parents a meaningful choice about allowing Google to collect this data by making student data collection opt-in.)

"I'm still concerned about what exactly Google does with the information it collects and processes from students who are browsing outside websites -- like YouTube -- while logged in to Google's education services," Franken wrote in response to Molinari's letter. "I'm also still interested in whether or not Google can provide parents and students with stronger privacy protections."

Nathan Eddy is a freelance writer for InformationWeek. He has written for Popular Mechanics, Sales & Marketing Management Magazine, FierceMarkets, and CRN, among others. In 2012 he made his first documentary film, The Absent Column. He currently lives in Berlin. View Full Bio
We welcome your comments on this topic on our social media channels, or [contact us directly] with questions about the site.
Comment  |
Email This  |
Print  |
RSS
More Insights
Webcasts
The Experts Guide to Ransomware Response
Multi-Cloud Data Management for Modern Applications
More Webcasts
White Papers
Protection Strategies for a Cyber-Resilient Organization
Global software company contracts with CBTS for Virtual CISO
More White Papers
Reports
2021 Application Security Statistics Report Vol.2
Gartner Market Guide for Insider Risk Management Solutions
More Reports