Google's Android, already under review for potentially being anticompetitive in several countries, could face further scrutiny in the US.

Google may face an antitrust inquiry from the Federal Trade Commission over its Android business.

According to Bloomberg, the FTC has arranged with the Justice Department to lead an inquiry into Google's handling of its Android mobile operating system. The trade agency is said to have met with technology company representatives who claim Google gives preferential treatment to its own services on the Android platform.

Such inquiries do not necessarily turn into formal complaints. And the FTC has gone easy on Google in the past. In 2013, Microsoft objected to the FTC's settlement of its investigation of Google's search business as "weak." Earlier this year, agency commissioners issued a statement defending their handling of the search inquiry.

[ How will we connect tomorrow? Read 8 Smart Cities: A Peek At Our Connected Future. ]

Google's success at avoiding regulatory entanglements may be due in part to its well-funded lobbying efforts. According to MapLight, Google spent $5.1 million on lobbying during Q1 2015, the most of any single US company. In Q2, 2015, Google spent $4.6 million, the third largest amount among individual companies during the period, behind Boeing and General Electric.

Yet Google's competitors lobby too. Apple pointed the FTC in Google's direction when it faced scrutiny over its handling of in-app purchasing last year. And FairSearch, a coalition that includes Microsoft, Nokia, Oracle, and travel search companies Expedia, Kayak, and TripAdvisor, has been urging regulators to investigate Google.

In Europe, where there's deep concern about the dominance of US-based technology companies, officials have taken action. Google presently faces EU antitrust inquiries into both its search business and Android. EU regulators are looking into whether the terms Google requires for its proprietary Android services, like Google Play, hinder the development of rival operating systems and applications, to the detriment of consumers.

Europe is not alone in seeing US technology companies as a threat to national interests. Last week, Russian regulators found Google guilty of abusing its dominant market position through Android. Further details about the consequences of the ruling are expected in the next few days. 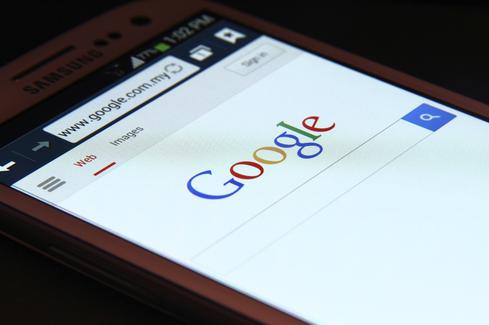 Earlier this month, India's antitrust authority, the Competition Commission of India, sent Google a report detailing competition and antitrust concerns. And Brazil is looking into these issues too.

Neither Google and nor the FTC responded to requests for comment.

In April, Google answered reports of the EU inquiry into Android by asserting in a blog post that Android has promoted mobile innovation and that its partner agreements are both voluntary and helpful for providing a better user experience. "The Android model has let manufacturers compete on their unique innovations," said Hiroshi Lockheimer, VP of engineering for Android.

Thomas Claburn has been writing about business and technology since 1996, for publications such as New Architect, PC Computing, InformationWeek, Salon, Wired, and Ziff Davis Smart Business. Before that, he worked in film and television, having earned a not particularly useful ... View Full Bio
We welcome your comments on this topic on our social media channels, or [contact us directly] with questions about the site.
Comment  |
Email This  |
Print  |
RSS
More Insights
Webcasts
People Are The Most Important Part of Autonomous SOC
Cybersecurity's Next Wave: What You Should Know
More Webcasts
White Papers
Why Add Security to Your Skill Set and How to Do It
The Infoblox Q4 2020 Cyberthreat Intelligence Report
More White Papers
Reports
The Malware Threat Landscape
How IT Security Organizations are Attacking the Cybersecurity Problem
More Reports

It is a paradox, the FTC and European Commission has the expertise to identify any activity (antitrust, dumping, and non-tariff barriers, etc.) that damages the competitive market and Android is one of the most open products.

I wonder if it is possible for Google to give preferential treatment to its own services. For example, if Gmail loads a second faster on Android as compared to iOS -- iOS customers will become harder to convert.
Reply  |  Post Message  |  Messages List  |  Start a Board

My favorite quote on this subject, taken from an Ars Technica article, is that "Android is open--except for all the good parts". If you ask a typical Android device owner what Android is, they'll include the Google apps that make for such a nice experience. However, those apps are mostly proprietary. Over time, Google has replaced most of the original open source Android apps with much better ones, and you need to agree to Google terms to use those apps. Consequently, a vendor wishing to start with open source Android without agreeing to those terms needs to rebuild all those great apps, which greatly increases the expense of such an effort. The Ars Technica article is a great read and goes into far more detail. I'd provide the URL but it's not permitted. However, you can find the article by searching for "Ars Technica Google's iron grip on Android".
Reply  |  Post Message  |  Messages List  |  Start a Board

Everybody forks his or her version of Android – to the extent that it's hard to find documentation that works across brands. I can download non-playstore apps if I want to, and the reason I don't is that everything I want is right there. Android is completely open, and these complaints are absurd.
Reply  |  Post Message  |  Messages List  |  Start a Board
Editors' Choice
Hot Topics

CRM Trends 2021: How the Pandemic Altered Customer Behavior Forever Jessica Davis, Senior Editor, Enterprise Apps,  2/18/2021
White Papers
Why Add Security to Your Skill Set and How to Do It
Protection Strategies for a Cyber-Resilient Organization
How Hyatt Eliminated Bot Attacks Without Impacting their User Experience
5G-Enabled Edges of Tomorrow Require Converged Network and Security
Balancing Hybrid Storage as Part of a Hybrid Cloud Data Management Strategy