Today's LTE 4G networks have been transformational. The speed and capacity improvements, when compared to 3G, paved the way for robust media apps and always-connected productivity tools. Tomorrow's 5G networks will be transformational, too, but in an entirely different way. FCC Chairman Tom Wheeler plans to push 5G to the top of the agency's agenda so the US remains at the forefront of 5G development.

There are two major components to making 5G a reality: spectrum and technology.

Let's talk spectrum first. We wouldn't have 4G were it not for the decisions the FCC made 10 years ago. The original cellular networks for voice, and later texting, were mostly deployed in what's now called mid-band spectrum (1900MHz). When 3G rolled around with data, more spectrum was needed, and carriers began to use the 850MHz and 1700/2100MHz bands.

The FCC knew in 2005 that 4G would never exist without even more spectrum, so it auctioned off huge swaths of 700MHz airwaves that eventually became the foundation for LTE 4G. This set of airwaves is often referred to as low-band. At this very moment, the FCC is auctioning off 600MHz spectrum, the last of the low-band airwaves that can be put to use for mobile broadband. 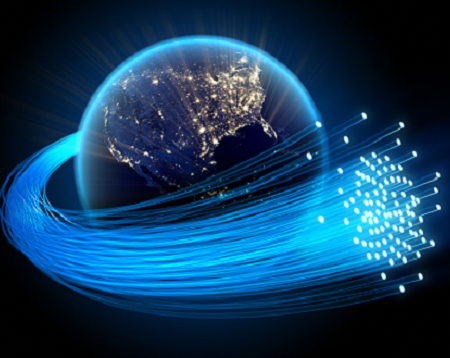 With the low bands and middle bands effectively used up, the only place to go is up. Fifth-generation wireless will need to rely on high-band spectrum. In November 2015, Wheeler suggested using the 28GHz, 37GHz, 39GHz, and 64-71GHz bands for 5G. It appears he's ready to make a more firm commitment to that suggestion.

"Our 5G proposal is the final piece in the spectrum trifecta of low-band, mid-band, and high-band airwaves that will open up unprecedented amounts of spectrum, speed the rollout of next-generation wireless networks, and redefine network connectivity for years to come," said Wheeler in a prepared statement.

It was previously thought to be impossible to use these high bands for cellular networks, but new advancements in wireless technology have solved the thorny issues.

Millimeter wave signals travel in straight, narrow lines and cannot penetrate physical obstacles. In urban areas, these signals reflect off hard surfaces and bounce around. All that ricocheting makes it hard for modern phones to connect.

Technology firms have created new antennas on the sending side in order to help focus the signals. They've also created new processing powers on the receiving side to decipher these signals and turn them into an actual connection.

Wheeler says he believes 5G will require a lot of infrastructure. Because the signals can't travel far, networks will need to be denser. That means lots and lots of small cells -- and the backhaul to support them. "The key point here is that by opening up these higher-frequency bands, we are making available more licensed spectrum for mobile than in the cumulative history of mobile spectrum allocation."

On June 23, Wheeler will circulate his draft 5G proposition. He says expects the agency to vote on it during its July 14 open session.

Technically, it is up to the International Telecommunications Union to define 5G, but the FCC isn't going to let that small detail get in its way. The ITU doesn't expect to ratify the 5G standard until 2020, but AT&T, Verizon Wireless, and other carriers have already committed to launching early-stage 5G networks as soon as 2017. Wheeler firmly believes the US should take a leadership position with 5G, and his plan should help set that goal in motion.