Open source software, which has become increasingly common throughout the US military from unmanned drones to desktops, has now been enlisted as a career option for military personnel. In September, Camp Shelby Joint Forces Training Center will open a Linux certification academy, marking the first time such a training program has been hosted on a military base.

The Mississippi installation, which is already a training hub for all branches of the military, hopes to ramp up to four to six classes, processing 50 to 75 military and civilian students per month.

The training academy will fall under the auspices of the Open Technology Center, a joint agency nonprofit research entity whose mission is to support national security objectives by facilitating the development and implementation of open source software technologies for public and private sector entities.

The academy is part of a broader effort to ramp up the IT skills of current military personnel as well as those transitioning out of the services, center director John Weathersby told InformationWeek in a phone call. Weathersby, who lives near Camp Shelby, has been a consultant on a variety of federal, military, and homeland security initiatives for nearly 15 years. "We've got to make sure people are trained, as the military is downsizing," he said, noting that the commercial sector has rapidly embraced open source, such as the Linux operating system.

The Open Technology Center's primary mission, Weathersby explained, is to research and develop open source software technologies that support national security objectives. This will not only aid defense and industry partners around the country, he added, but it will attract new jobs and opportunities to locate at Camp Shelby. 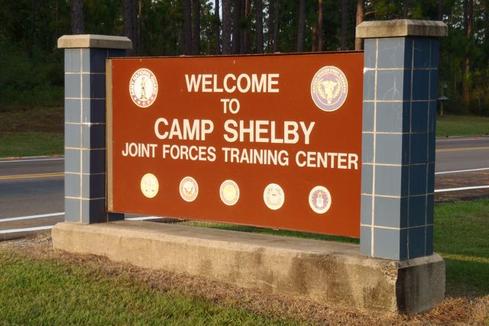 "We welcome this as a great opportunity for soldiers here in Mississippi," said Col. William "Brad" Smith, commander of Camp Shelby, in a statement. "The IT training and professional certification program will be highly beneficial to unemployed and under-employed veterans transitioning back to the civilian workforce, enabling them to learn highly sought-after skills to succeed."

The Open Technology Training Academy had originally scheduled to open in January, but the date was moved up. "The time for planning and discussion has ended. Now is the time for action," Col. Smith said in the statement.

Classroom-based instruction
A 70-hour, five-day "boot camp" course will start on September 1, but the academy will eventually offer both introductory and advanced-level courses, Weathersby said. By the end of the year, the academy should be offering four to six classes per month.

While a great deal of IT instruction is moving online -- including Introduction to Linux, a new Massive Open Online Course (MOOC) rising out of a partnership between The Linux Foundation and nonprofit learning platform edX -- the instruction at Camp Shelby will be entirely classroom-based, at least to start.

The academy course, which will cost $2,500, will conclude with a Linux Professional Institute exam and LPI certification. Because the academy is associated with nearby Hinds Community College, which already operates a satellite campus on Camp Shelby, active military personnel and veterans will be able to access the GI Bill to help pay for the coursework, Weathersby said.

In a related effort to position itself as a national center of expert training, Camp Shelby opened a business innovation incubator several months ago. Not surprisingly, open source is a growth area for this initiative too.

Ellis Booker has held senior editorial posts at a number of A-list IT publications, including UBM's InternetWeek, Mecklermedia's Web Week, and IDG's Computerworld. At Computerworld, he led Internet and electronic commerce coverage in the early days of the web and was ... View Full Bio
We welcome your comments on this topic on our social media channels, or [contact us directly] with questions about the site.
Comment  |
Email This  |
Print  |
RSS
More Insights
Webcasts
Detecting and Preventing Insider Data Leaks
Cybersecurity's Next Wave: What You Should Know
More Webcasts
White Papers
Sunburst: Impact and Timeline
MontanaPBS Shifts to Agile Broadcasting with Help from Raritan KVM Solutions
More White Papers
Reports
Improving Security by Moving Beyond VPN
How IT Security Organizations are Attacking the Cybersecurity Problem
More Reports

And when they're done training in Mississippi and leave the military, they can then go work for Obama's HHS dot gov and fix his epic fail federal healthcare exchanges.
Reply  |  Post Message  |  Messages List  |  Start a Board

Great article.  I know that transition to civilian life is very hard for veterans.  Programs like these allow them to gain valuable skills which they can use to get a job and support their families in a new way.  Also, I liked the idea how they are developing their own software. They not only train but provide avenues for jobs within in the camp.  I hope such efforts are replicated in other states.
Reply  |  Post Message  |  Messages List  |  Start a Board
Editors' Choice
Hot Topics