The Securities and Exchange Commission is clamping down on public companies that fail to submit their financial disclosure statements as structured data, agency officials said.

The SEC's Division of Corporation Finance sent letters on July 7 to an unspecified number of companies that are not submitting their financial disclosure statements as machine-readable, structured data.

The move comes in the wake of continuing pressure on the SEC by lawmakers, academics, and open data advocacy groups to enforce an agency requirement that has been in place since 2009 for large-sized businesses and gradually phased in over a four-year period for midsized and smaller companies. The target format is XBRL (eXtensible Business Reporting Language), a language for documenting financial reports in XML.

A sample letter posted on the SEC's website indicates that the agency is reminding non-complying companies that its rules require that they file an XBRL version of their quarterly financials and that they include calculation relationships for certain contributing line elements of their financials and related footnotes.

But the SEC has not reviewed the structured data filings for errors or sought corrections, resulting in a data set that is of such poor quality that investors have difficulty using it, open data advocates say.

Those calling on the SEC to make companies adhere to the requirements for disclosure filings have dubbed the agency's lack of action on the matter as the "stalled transformation."

A bipartisan group of lawmakers that includes Reps. Darrell Issa (R-Calif.), Keith Ellison (D-Minn.), and Mike Quigley (D-Ill.), is keeping steady pressure on the SEC to not only enforce the filing requirement for structured data, but also ensure that companies steadily improve the quality of the structured data they submit.

Open data advocates are calling on the SEC to give the same level of auditing scrutiny to the structured data filings it receives as it gives to those received in document format. Although the agency closely reviews for errors the document version of the financial disclosures it receives, it does not give the same level of scrutiny to the structured data version, say open data advocates.

As a result, the SEC's XBRL data set contains extensive errors, making it difficult for investors and agency personnel to use it with confidence, according to open data advocates. 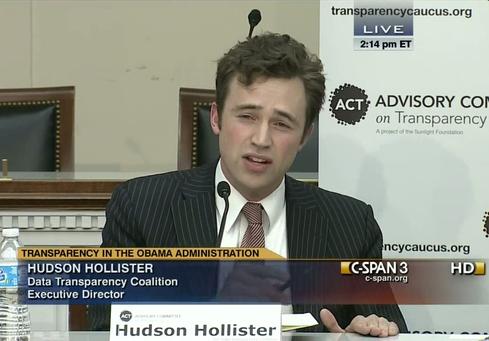 "The SEC's failure to enforce the quality of structured-data financial statements has prevented investors, markets, the agency, and companies from realizing the benefits of open data," said Hudson Hollister, executive director of the Washington-based Data Transparency Coalition.

Accurate XBRL financial data would bring with it a host of benefits, say open data advocates. It would allow the agency to use analytics to uncover accounting fraud, enable investors to make better decisions, and furnish an opportunity for public companies to automate compliance tasks.

In a May 14 interview before the House Appropriations Committee's Subcommittee on Financial Services and General Government, Quigley asked SEC chair Mary Jo White what the agency is doing to enforce the quality of XBRL submissions of financial disclosures from public companies.

Quigley told White that many users have told the subcommittee that the XBRL versions now being filed are "virtually useless to them."

White said that the SEC is actively furnishing specific guidance and instruction to the filer community.

"Over the last five years, we've actually seen ... an improvement in the quality of [XBRL structured] data as filers have become more familiar with the process," White said, adding, "We still believe there is room for further improvement."

Hollister praised the SEC for its letter-writing action, but said a more comprehensive approach to open data is required for corporate financial filings.

"We hope the SEC will eliminate the current duplication and collect a single submission from public companies -- one that is both human-readable and machine-readable," Hollister said. "The SEC should also restart its stalled transformation from documents to data by adopting data standards for all the information it collects under the securities laws."

Editor's note: this article has been updated to correct an error.

William Welsh is a contributing writer to InformationWeek Government. He has covered the government IT market since 2000 for publications such as Washington Technology and Defense Systems. View Full Bio
We welcome your comments on this topic on our social media channels, or [contact us directly] with questions about the site.
Comment  |
Email This  |
Print  |
RSS
More Insights
Webcasts
Architecting Security for the Internet of Things
Defense and Response Against Insider Threats & User Errors
More Webcasts
White Papers
Why Chatbots Are So Popular Right Now
5 Key Steps for Assessing Your Security Effectiveness
More White Papers
Reports
Email Security Threat Report 2020
Threat Intelligence Spotlight: Hunting Evasive Malware
More Reports