50%
Tweet
The US Army makes progress but faces hurdles in an effort to modernize DOD and military networks, says the Joint Staff CIO.

As the Defense Department consolidates and modernizes its computer networks, officials face the daunting challenge of coordinating the work to make sure thousands of systems operated by each of the services continue to communicate seamlessly with one another. Much of this effort depends the success of the crown jewel of that effort, the Joint Information Environment, which will allow commanders to work together and make decisions quickly in a shared secure virtual space.

The JIE's deployment remains one of the DOD's most complex undertakings, said Army Lieutenant General Mark Bowman, director for command, control, communications, and computers/cyber and CIO for the DOD's Joint Staff. Though all the services contribute to the JIE, the Army provides the lion's share of the support for two of the program's phases and has the most at stake in getting the environment up and running.

There are three main reasons for deploying the JIE: effectiveness, security, and efficiency, Bowman said during a recent briefing meeting with industry executives. IT interoperability among the services has greatly improved, but the DOD needs to do more to ensure seamlessness during joint and multinational operations, he said.

Collaborative command and control depends on secure systems, he said. "If we don't do [security] right, people won't trust the IT services we provide."

The neverending need for more bandwidth also remains a significant concern to Army and DOD planners. Increased efficiency can add more bandwidth, he said, but from a military perspective, any additional spectrum gained through streamlining systems remains a secondary benefit compared to the need for security and more effective decision making. 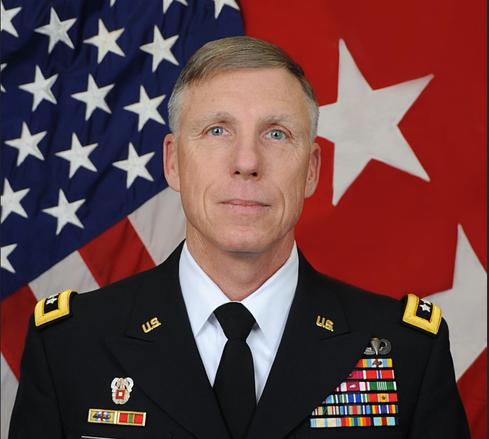 The first phase, or increment, of the JIE, which became operational in July 2013, supports the DOD's European and Africa commands, which are both managed and run mainly by the Army. Work on increment two is under way and covers the US Pacific Command, which is overseen by the Navy.

The Army is coordinating its efforts with the Defense Information Systems Agency (DISA), the DOD organization responsible for overseeing the JIE's setup. DISA chief of staff Brigadier General Frederick A. Henry said the agency also manages broader efforts that will help the services, including the Army, modernize their enterprise infrastructure.

But challenges remain. Fusing data across the DOD's enterprise to make it more readily accessible and actionable to military leadership remains a massive work in progress. Business intelligence tools will help improve real-time monitoring of the system and improve the DOD Information Network, but a variety of operational remain unresolved and will need to be improved as the JIE expands, Henry said.

DISA officials, however, point to the agency's recent success working with the Army in deploying the Defense Enterprise Email system. Since its launch last year, the enterprise email system, which replaced hundreds of email systems managed on individual bases around the world, saved the Army $76 million annually by reducing redundant services, Henry said. He also praised the Army for being the DOD's lead agency for the email system's deployment, which demonstrated "the art of the possible" to the rest of the department.

Funneling network access through the DISA's enterprise email security gateways also hardened the DOD's networks against attacks. Henry noted that, in the last year, the gateways have stopped 1,850,802,530 threat messages such as spam and malware. "It's the first line of defense for our email traffic."

Two other components underpin the JIE: the Defense Enterprise Portal Service and milCloud. The portals provide a scalable, cloud-based capability for the services, Henry said, while milCloud allows the services to manage their networks in a secure DISA-provided environment.

Henry Kenyon is a contributing writer to InformationWeek Government. He has covered Government IT and Defense markets since 1999 for a variety of publications including Government Computer News, Federal Computer Week, AFCEA's Signal Magazine and AOL Government. View Full Bio
We welcome your comments on this topic on our social media channels, or [contact us directly] with questions about the site.
Comment  |
Email This  |
Print  |
RSS
More Insights
Webcasts
Cyber Attackers' Favorite Exploits - And How To Stop Them
Quantifying the Benefits of a DevOps Strategy
More Webcasts
White Papers
[Forrester Research] The State of Data Security & Privacy
2020 SANS Cyber Threat Intelligence
More White Papers
Reports
2020 State of DevOps Report
IT Automation Transforms Network Management
More Reports

A joint information sharing environment has been a goal of the Defense Department for a long time.  The reality is, there a still thousands of independly administered networks and systems that must be ported over to this environment, or shut down altogether.  The military's budget cuts are in some ways the ultimate forcing agent to get this to happen.  No doubt, Lt.Gen. Bowman has one tough job.
Reply  |  Post Message  |  Messages List  |  Start a Board
Editors' Choice
Hot Topics