The DOD expects to save $16.6 million under a three-year contract with CDW-G giving the Army, Air Force, and DISA access to Adobe technologies.

The Department of Defense (DOD), in a move to improve collaboration within its agencies and reduce costs, has issued a $40.5 million joint enterprise license agreement (JELA) with the IT vendor CDW-G that provides the Army, the Air Force, and the Defense Information Systems Agency (DISA) with a single vehicle for accessing the latest Adobe technologies.

The three-year agreement encompasses Acrobat Pro, Experience Manager Document Services, and several Creative Cloud subscriptions for the Army, Air Force, and DISA. The DOD said its operational model doesn't require a network connection for Adobe cloud services, which allows instant software upgrades and file storage. Instead, it will be installed as traditional desktop software with file storage on local devices.

By moving to Adobe, the DOD expects to reduce costs and improve interoperability, collaboration, document services, and publishing capabilities. It expects savings of $16.6 million over the next three years.

"The agreement with Adobe not only produces substantial savings... but also allows us to move beyond electronic versions of forms and begin transforming business processes using online, fillable 'smart' forms tied to databases," Air Force CIO Michael Basla said in a press release.

[Joint enterprise licensing is one part of the DOD move to share IT. See U.S. Military Units Share IT, Save $1.2 Billion.]

The Army plans to convert all its forms to the Portable Document Format to boost information sharing. "The agreement greatly improves the standard license terms and conditions to enable a true joint information environment," Army deputy CIO Michael Krieger said in the release. 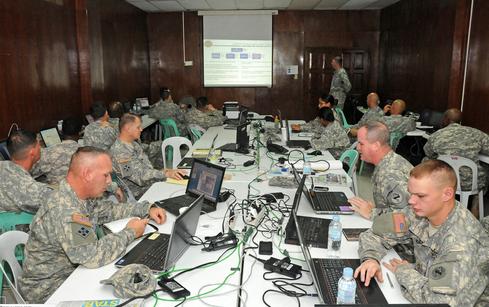 The DISA said it's "in discussions" with other vendors to pursue additional JELAs. The agency is the lead organization for the contract, which gives combined buying power to 2.6 million DOD employees.

This is the second JELA for the DOD. The first was signed with Microsoft in December 2012. That $617 million contract provided the DOD with the lowest prices ever for Microsoft software and services. Like the Adobe agreeement, the Microsoft deal involved the Army, Air Force, and DISA. It included access to the latest Microsoft software, such as Windows 8, Microsoft Office 2013, and SharePoint 2013. When that deal was announced, the DOD said it would help the Air Force save $50 million annually, the Army $70 million annually, and the DISA 10% over its previous Microsoft contracts.

Elena Malykhina began her career at The Wall Street Journal, and her writing has appeared in various news media outlets, including Scientific American, Newsday, and the Associated Press. For several years, she was the online editor at Brandweek and later Adweek, where she ... View Full Bio
We welcome your comments on this topic on our social media channels, or [contact us directly] with questions about the site.
Comment  |
Email This  |
Print  |
RSS
More Insights
Webcasts
Data Protection Strategies and Secrets - 12/10 @ 11am EST
Architecting Security for the Internet of Things
More Webcasts
White Papers
Exclusive IT Trend Report: Chatbots
5 Key Steps for Assessing Your Security Effectiveness
More White Papers
Reports
Meetup Vulnerabilities: Escalation of Privilege and Redirection of Funds
Building an Effective Cybersecurity Incident Response Team
More Reports

Software licensing deals for enterprises as big as the Army are rarely as simple as it would seem. So this deal that goes across multiple services is a genuine acomplishment for DOD, CDW-G and Adobe.
Reply  |  Post Message  |  Messages List  |  Start a Board
Editors' Choice
Hot Topics