The core of the Veterans Administration's VistA electronic health records system will be broken down and rebuilt by ASM Research, part of Accenture Federal Services, under a two-year, $162 million contract.

Jim Traficant, president of ASM Research and a managing director at Accenture Federal Services, says ASM actually won the contract in September but wasn't allowed to publicize it immediately. That restriction has been lifted now that ASM has successfully navigated the first phases of the product. September is also when Accenture completed its acquisition of ASM.

Although Accenture didn't publicize the contract win before now, the award was reported in November by Nextgov, which raised questions about whether the government had overpaid for the contract. That article described the project as a user interface overhaul. Traficant calls it a more basic refactoring of the system. 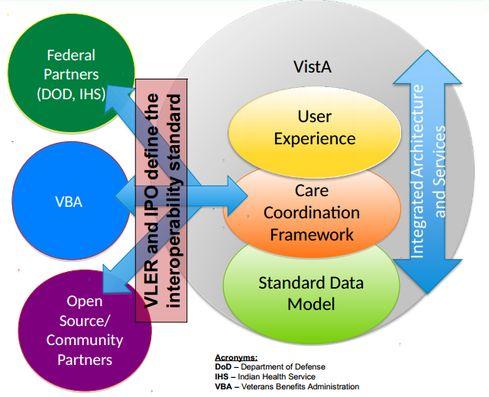 The VistA Core contract is part of a broader VistA Evolution initiative to modernize the system between now and 2017, he says. That will include certifying the system to the same Meaningful Use standards as commercial EHRs and standardizing the data architecture across VistA and related VA systems to support better analytics and other new applications. Work on VistA enhancements will proceed in parallel to the core redesign.

"Modernization is required because the technology is just so old," he says. VistA gets more love from doctors than most commercial EHRs, but the software architecture dates to the 1980s, and most of the major components of the system were well established by the 1990s. "Clinical functions, and even financial functions, are tightly integrated into a monolithic single system," he says. While that has supported better integration of patient records than exists outside of the VA, where sharing patient data between hospitals and healthcare providers is still challenging, the monolithic software architecture makes it difficult to plug in new functionality, he says. "It means you can't easily replace any one component or modernize any one aspect of it."

The VistA Core project goal is to modernize and modularize the core functions, without compromising the integrity of the system. "We want to maintain the richness -- we don't want to make it more difficult for people to practice medicine," Traficant says. He promises an iterative approach, closely matching new functionality that is delivered to the VA's requirements, particularly its clinical requirements.

The contract does not cover business functions such as appointment scheduling, currently getting scrutiny as part of the VA's wait-list scandal.

Medical data breaches seem to show up on the 6 o'clock news almost every week. If you think it wouldn't happen to you -- or the financial impact will be minor -- think again. Download the Healthcare Data Breaches Cost More Than You Think report today. (Free registration required.)

David F. Carr oversees InformationWeek's coverage of government and healthcare IT. He previously led coverage of social business and education technologies and continues to contribute in those areas. He is the editor of Social Collaboration for Dummies (Wiley, Oct. 2013) and ... View Full Bio
We welcome your comments on this topic on our social media channels, or [contact us directly] with questions about the site.
Comment  |
Email This  |
Print  |
RSS
More Insights
Webcasts
Fintech at SaaS speed: Navigating the scale & security challenge
Disaster Recovery/Business Continuity in the New Normal
More Webcasts
White Papers
The State of Malware Threats
Bandura Threat Intel Integrations Infographic
More White Papers
Reports
Future Proofing Your Network for 5G
The State of Endpoint Security
More Reports

Good point, Dave. And we've also seen what happens when government agencies approve bids based solely on cost: Sometimes it's wise to select a partner on criteria other than the ticket price. At first glance, however, the much, much higher price warrants an explanation, especially at a time when the VA is under fire (for things that have absolutely nothing to do with Accenture, of course).
Reply  |  Post Message  |  Messages List  |  Start a Board

I would love to learn more technical details from an external source about why the Accenture unit's system -- priced at $162.5 million -- was considered so superior to the solutions offered by HP Enterprise Services and Triple-I, both of which priced the deal at about $50 million, according to NextGov. That huge discrepancy, coupled with news that "David Waltman, a senior program officer within the Veterans Health Administration's Office of Information and Analytics who had done preliminary work on that contract" then took a job at Accenture's division, sends off a TON of red flags. Especially after we've learned so much about the culture in the VA over the past few months.
Reply  |  Post Message  |  Messages List  |  Start a Board
InformationWeek Is Getting an Upgrade!