Silicon Valley's fight to protect users' privacy against inquiries by intelligence agencies could escalate with Twitter denying access to a data mining service that reveals political unrest and terrorist attacks in real-time.

Twitter has stopped intelligence agencies from gaining access to its users' tweets by cutting off access to a service that analyzes the social media giant's entire feed, in the latest stance by a tech giant against government spying efforts.

Twitter instructed Dataminr, an analytics service that provides real-time access to all pubic tweets to clients, to stop providing its service to intelligence agencies.

"Dataminr uses public Tweets to sell breaking news alerts to media organizations such as Dow Jones, and government agencies such as the World Health Organization, for non-surveillance purposes," Twitter told InformationWeek. "We have never authorized Dataminr, or any third party, to sell data to a government or intelligence agency for surveillance purposes. This is a longstanding Twitter policy, not a new development." 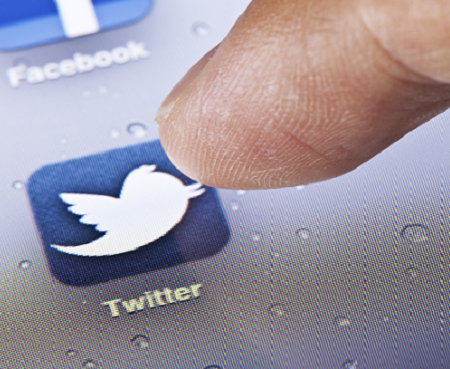 The move by Twitter to prevent intelligence agencies from using Dataminr's service to engage in surveillance was applauded by Jameel Jaffer, deputy legal director of the American Civil Liberties Union, who tweeted: "Twitter quite rightly declining to serve as extension of US spy agencies."

Dataminr's expanded offerings, which now include a corporate security product, may run into problems with Twitter. The security product offering aims to help companies and organizations learn of emerging threats and crises, such as terrorist attacks to political unrest.

Twitter holds a 5% investment stake in Dataminr, which recently informed intelligence agencies that Twitter barred it from providing its service to the organizations because the micro-blogging site did not want to appear too closely tied to surveillance agencies, according to a Wall Street Journal report.

Twitter has been struggling to grow its user base, posting a 3% increase to 310 million monthly active users in its first-quarter results.

Twitter, as with other tech titans like Apple, is well aware that protecting users' privacy will generate a sense of security that may prompt users' confidence to continue with a service or buying a manufacturers product.

A recent example is Apple's battle with the FBI over iPhone encryption. The FBI initially wanted Apple to build a backdoor to its mobile operating system that would allow the agency to crack the iPhone's encryption code following the San Bernardino terrorist attacks. That issue was later resolved when the FBI hired a hacker to break into the iPhone at the center of the controversy.