Major cyberattack carried out in 2013 by an undisclosed nation-state sought to breach US commercial aviation networks, says Center for Internet Security report.

State and local government networks remain highly vulnerable to malicious hacking by nation-states, which was revealed by a newly disclosed attack conducted in 2013 that targeted as many as 75 US airports.

An investigation conducted by federal authorities and the N.Y.-based, non-profit Center for Internet Security uncovered a phishing scam that was successful against two victims working in the aviation industry, CIS said in its annual report released June 19.

The investigation began when federal authorities alerted CIS in summer 2013 that four airports potentially were the targets of an advanced persistent threat. A short time later, the authorities told CIS that eight more airports possibly had been compromised.

An advanced persistent threat occurs when an unauthorized person or group gains access to an organization's network and remains hidden inside that network while pilfering sensitive information for an extended period of time.

CIS, which helps public and private-sector organizations enhance their security readiness, eventually determined through its monitoring efforts that as many as 75 airports in the United States had come under attack. 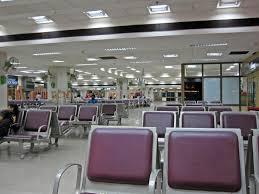 Once it received the initial tip from federal authorities, CIS requested network logs from the three previous weeks from each airport for analysis against the threat clues.

By leveraging its security monitoring infrastructure, CIS was able to identify malicious traffic from two states.

CIS's investigation revealed emails containing a phishing scam that had been sent to individuals employed in the aviation industry, CIS said.

As the investigation continued, CIS uncovered a public document available online that appeared to be the source used by the attackers to select the phishing victims. That document listed email addresses for the targeted airports.

The next step CIS took was to issue a request to all entities that had a contact listed in the public document to search their email gateways for email messages that contained indicators.

At the same time, CIS distributed a cyber alert to all state and local governments, as well as the Federal Aviation Administration, Homeland Security Department, and National Cybersecurity and Communications Integration Center, informing each of the threat.

CIS also took the crucial step of contacting a key aviation industry organization and arranging to have the group distribute the cyber alert to all of its members.

The center furnished support and assistance to those entities that were attacked to ensure that all of the compromised systems were remediated.

CIS recorded 48 significant computer security incidents during 2013, which was more than double the number recorded in 2012, the group's annual report said. The majority of those incidents involved advanced persistent threats, ransomware, and webserver vulnerabilities.

William Welsh is a contributing writer to InformationWeek Government. He has covered the government IT market since 2000 for publications such as Washington Technology and Defense Systems. View Full Bio
We welcome your comments on this topic on our social media channels, or [contact us directly] with questions about the site.
Comment  |
Email This  |
Print  |
RSS
More Insights
Webcasts
The Failures of Static DLP and How to Protect Against Tomorrow's Email Breaches
How Elite Analyst Teams are Transforming Security with Cyber Reconnaissance
More Webcasts
White Papers
How to Prioritize Risk Across the Cyberattack Surface
How to Compete in Financial Services IT
More White Papers
Reports
IDC FutureScape: Worldwide Digital Transformation Predictions
2020 State of DevOps Report
More Reports

10 IT Trends to Watch for in 2021 Cynthia Harvey, Freelance Journalist, InformationWeek,  12/22/2020
White Papers
How to Prioritize Risk Across the Cyberattack Surface
Two-Factor Evaluation Guide
The State of Threat Detection and Response
All In, Online Gaming & Gambling
Frost Radar: Global Threat Intelligence Platform Market