50%
Tweet
Einstein 3 intrusion prevention system analyzes traffic to and from executive-branch agencies to block threats at the ISP level.

The Department of Homeland Security's Einstein 3 intrusion prevention system, launched last summer, raised the bar for security technology capable of operating at carrier-grade network levels, rather than just within the enterprise.

Moving analysis of government Internet traffic to ISPs for security purposes was controversial when Einstein 1 was deployed in 2004, but it was merely an early step in what Tim Sullivan, CEO of security firm nPulse Technologies, said is the inevitable move of cybersecurity to a managed service.

"It's all going to move to the cloud," Sullivan said. The ability to centralize data analysis and other security resources is necessary in a threat environment that is increasingly complex and fast-moving, he said. "The reality is, malware will penetrate perimeter defenses," and incident response cannot afford to be constrained by local availability of tools and manpower.

The result is that security technology has to operate on carrier grade, or large scale, networks, with a high level of availability at multi-gigabit speeds. The latest release of nPulse's Capture Probe eXtreme (CPX), a high-speed packet-capture appliance that operates at a full duplex rate of 20 Gbps, is being used by ISPs to support Einstein 3 with high-speed searching and session reassembly and analysis. 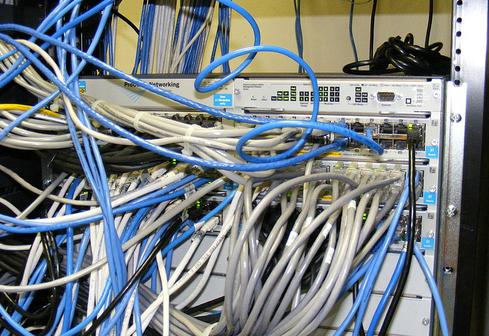 ISPs providing intrusion prevention services must segregate .gov traffic on their networks for analysis. For blocking traffic, ISPs will use domain name service (DNS) sinkholing to keep outgoing .gov traffic from communication with known or suspected bad domains by redirecting traffic to safe, sinkhole servers. Email filtering will scan incoming messages addressed to .gov networks, looking for malicious attachments, URLs, and other malicious content. Infected emails can be quarantined or redirected for further inspection and analysis by DHS.

The ability to inspect and analyze suspected malware requires high-speed capture and search capabilities, which is provided by nPulse's CPX 4.0. A fully saturated 10-Gbp/s link, (although no carrier operates at full saturation) would produce 200 terabytes of data in 24 hours. Searching this amount of captured data would take a little more than 8 minutes with the tool.

CPX was not developed for Einstein, Sullivan said, but reflects the growing requirement for carrier-grade security, both in and out of government.

William Jackson is a technology writer based in Washington, D.C., who specializes in telecommunications, networking, and cybersecurity in the public sector.

Mobile, the cloud, and BYOD blur the lines between work and home, forcing IT to envision a new identity and access management strategy. Also in the The Future Of Identity issue of InformationWeek: Threats to smart grids are far worse than generally believed, but tools and resources are available to protect them (free registration required).

Thank you for sharing such a powerful website regarding Einstein from a Federal governement standpoint.  The website gave me a more complexed understanding of the Itrusion Detection that the Einstein system targets.
Reply  |  Post Message  |  Messages List  |  Start a Board

Technology has true increased the ability to work faster than ever, but it has also caused a nightmare for Security and IT specialists.  These professionals must create new ways to stay one step ahead of the Hackers and their plans to break or compromise various security systems.
Reply  |  Post Message  |  Messages List  |  Start a Board

For those looking for more information on why Einstein was created and what data it collects and analyzes, here's a good reference doc: