The FBI, with its newfound hack, has agreed to unlock other iPhones. While the dispute with Apple is off the front burner for now, the company is still facing other legal challenges, including one case in Brooklyn. Serious legal and technical questions linger.

The FBI is now apparently the new go-to organization for unlocking iPhones that may have been used in various crimes -- in select cases, that is.

Two days after the FBI dropped its legal request in a federal courtroom in California, claiming it had successfully gotten into the iPhone of Syed Farook without Apple's help, the agency agreed to unlock an iPhone 6 and an iPod that may lead to evidence in an Arkansas murder trial.

Less than 24 hours after the FBI announcement, prosecutors in an Arkansas trial asked for a trial delay and approached the FBI about helping it gain access to the iPhone and iPod owned by suspects in the murder of Arkansas couple Robert and Patricia Cogdell, who were killed in their home, the LA Times reported March 30.

"Cody Hiland, the prosecuting attorney for Arkansas's 20th Judicial District, said that the FBI's Little Rock field office had agreed to help," according to the Times. The paper added that Hiland is unconcerned with setting a precedent and was only focused on the case. 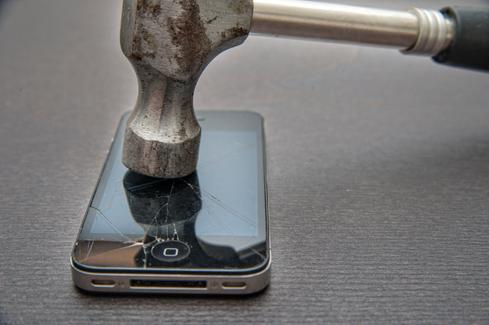 Meanwhile, the federal prosecutors remain steadfast in their request for Apple to unlock an iPhone involved Brooklyn drug-dealing case.

On March 29, US Attorney Robert Capers wrote to Brooklyn judge Margo Brodie agreeing to Apple's request that it have "additional time to respond" to a March 7 filing because it "lack[s] sufficient information to determine the most appropriate way for this matter to proceed."

The government requested that Apple file its brief by April 15, and said it would update the court as to "whether it intends to modify its application in this matter" by April 11.

Legal and tech experts have argued that Apple, after unlocking dozens of iOS devices for law enforcement in the past, pushed back against the government's use of the All Writs Act in the Brooklyn drug case, hoping to win a simpler case and avoid the more complicated one in California, where the FBI was additionally asking Apple to write new code.

While the California court order has been dropped, Apple is still facing the Brooklyn order. It is left to wonder how the FBI got past its encryption software, while the nation guesses where things stand now.

"Apple achieved one of its objectives, which was avoiding setting a dangerous precedent, but the issue wasn't resolved definitively, and another court could easily still set that precedent, unless there's some kind of legislative action to explicitly ban these kinds of backdoors," Jan Dawson, chief analyst with Jackdaw Research, told Information Week.

The conversations that have been happening are important, Dawson added. However, "Unless legislators actually take [the issue] up and pass laws, it doesn't really solve anything."

The American Civil Liberties Union pointed out March 30 (in an article with an interactive map of confirmed cases) that the "precedent" argument is a baseless one, since the government has compelled both Apple and Google to assist it in unlocking devices under the All Writs Act in approximately 70 instances.

"The FBI wants you to think that it will use the All Writs Act only in extraordinary cases to force tech companies to assist in the unlocking of phones," the ACLU wrote. "Turns out, these kinds of orders have actually become quite ordinary."

Weeks ago, on the Apple site, Tim Cook called for the formation of "commission or other panel of experts on intelligence, technology, and civil liberties to discuss the implications for law enforcement, national security, privacy, and personal freedoms."

Writing in the New Yorker March 29, John Cassidy pointed out that there are "good reasons to be skeptical of commissions, which are sometimes used to placate the public while, in fact, serving to delay necessary action and preserve the status quote."

As for the matter of the FBI disclosing its discovery to Apple, it's not legally obligated to. But many believe it's the right thing to do.

"The extent that the Department of Justice has discovered a vulnerability, and not shared that vulnerability with Apple to be patched, that's potentially a hole that exists for all consumers… and that's something that we may be concerned about," Neema Singh Guliani with the ACLU Legislative Counsel said during an interview on Bloomberg.

During the same interview, Nico Sell, cofounder of Wickr -- a secure communications company that believes private communication is a fundamental human right -- said she believes the FBI should share the information.

"It's something that we in the hacker community call 'responsible disclosure,'" said Sell, "and it's something we do every day to protect all of us."

According to Dawson, the hacking technology may have come from Cellebrite.

"As I understand it," he added, "the third party would normally retain ownership of the method of unlocking the phone, so I suspect the FBI is the conduit here rather than the actual provider of the hacking technology."

Michelle Maisto is a writer, a reader, a plotter, a cook, and a thinker whose career has revolved around food and technology. She has been, among other things, the editor-in-chief of Mobile Enterprise Magazine, a reporter on consumer mobile products and wireless networks for ... View Full Bio
We welcome your comments on this topic on our social media channels, or [contact us directly] with questions about the site.
Comment  |
Email This  |
Print  |
RSS
More Insights
Webcasts
Securing and Monitoring Networks in the 'New Normal'
Protecting Your Enterprise's Intellectual Property
More Webcasts
White Papers
A Technical Deep Dive on Software Exploits
The Trouble with Phishing
More White Papers
Reports
The State of Threat Detection and Response
2020: Threats in Review
More Reports

I would think the easist way for them would be open it up and access the memory chips directly. It might still be encypted but once they read it off they have more than enough computer power to decrypt it.

I'd like to see the FBI disclose its technique too. If its end goal is to protect people, keeping users free from identity theft and weakened phone security should be just as much a priority as gathering extra evidence on criminals.
Reply  |  Post Message  |  Messages List  |  Start a Board
Editors' Choice
Hot Topics