3 comments
Comment Now
Whether naturally occurring or man-made, crises and disasters bring chaos to the people in their path. Learn how governments, nonprofits, and businesses are using big data and analytics to respond in fast, efficient ways. 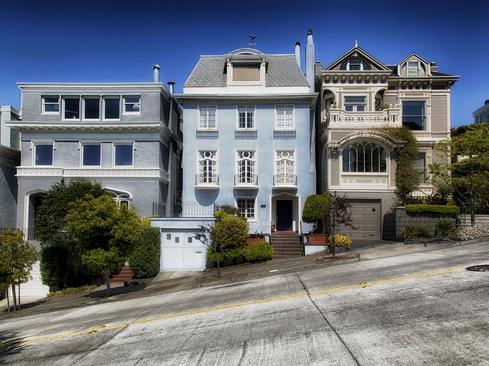 When Data Is Worth Billions

When the US financial market crashed in 2008, the Treasury Department bailed out government sponsored entities (GSEs) Fannie Mae and Freddie Mac to the tune of $187.5 billion. Prior to the crash, a not-so-perfect storm had been forming that exposed the GSEs to more risks than they had anticipated.

"Leading up to the crash, Fannie and Freddie were in the middle of buying some very suspect loans -- lots of low-documentation loans, negative amortizing loans, interest-only loans, and then traditional 30-year and 15-year mortgages. You also had the subprime market taking off, which was really going much further down the credit spectrum than in the past," said Charles Rumfola, former Fannie Mae VP and current senior VP of strategic initiatives at Veros Real Estate Solutions, in an interview. "Once the market crashed, borrowers were not making their payments. Fannie and Freddie couldn't front that much money to pay the security holders, which is why we had a draw from the Treasury."

There were other problems as well. For example, the lenders originating loans had agreed to representation warranties that required them to buy back loans purchased by the GSEs if those loans failed to meet certain qualifications. But the lenders breached the warranties, either because they went out of business or because they lacked the capital to buy back the mortgages.

"Coming out of the crash, the GSEs completely changed their business model. They said, 'We can't rely on this representation-warranty business model, we need to have another view of what we're buying before we actually buy it,'" said Rumfola. "The first thing they did was change their policies and issue policy statements saying, 'We're not going to buy low-documentation loans and negative amortizing loans, and we're going to increase the credit score eligibility.'"

That was only half the battle. Many buyers had refinanced their loans to pay for luxury items and home improvements, which meant there was little or no equity left in their homes. Meanwhile, property appraisals were overinflated by 5% to 20%, which meant that some mortgage principal balances exceeded the associated property values. As a result, Fannie Mae and Freddie Mac were faced with greater-than-anticipated losses. Subsequently, the companies worked with Veros to create a uniform dataset and an appraisal portal for lenders, which has processed approximately 26 million appraisals to date.

Part of ensuring higher data quality was modifying the appraisal form to include important data elements that were not originally included. To help facilitate data uniformity, free-form text boxes were replaced with drop-down menus for things like the quality of a structure and the condition of a property.

"[If we'd had uniform data collection and the appraisal portal pre-2008], we'd still be doing loans with very low credit scores, low-documentation loans, or negative amortizing loans, but you would not have had the severity of losses that the GSEs experienced."

I love the array of uses cases. Finding business parallels could prove quite powerful as IT leaders work to build the stakeholder acceptance and support. Obvioulsy most organizations do not have the same level of issues, but I am sure most could relate these issues to stakeholder worries. For instance, recall issues.  Great post. Peter Fretty, IDG blogger working on behalf of SAS.
Reply  |  Post Message  |  Messages List  |  Start a Board

Lisa, great Big Data use cases! Many uses of big data have a measurable positive impact on outcomes and productivity. Areas such as record linkage, graph analytics deep learning and machine learning have demonstrated being critical to help in the operational ways you mention as well as to fight crime, reduce fraud, waste and abuse in the tax and healthcare systems, combat identity theft and fraud, and many other aspects that help society as a whole. It is worth mentioning the HPCC Systems open source offering which provides a single platform that is easy to install, manage and code. The built-in analytics libraries for Machine Learning and integration tools with Pentaho for great BI capabilities make it easy for users to analyze Big Data. The free online introductory courses allow for students, academia and other developers to quickly get started. For more info visit: hpccsystems.com

We were doing these kinds of data collection, integration, store and analysis of large amounts of data long before the term "Big Data" began to be used. "Big Data" is something very specific and the term has been developed in order to describe something very specific. I couldn't find that specific "Big Data" aspect in any of these examples, although a couple of them might be "Big Data' apps.
Reply  |  Post Message  |  Messages List  |  Start a Board
Editors' Choice
Hot Topics