Effort to apply the lessons of HealthCare.gov is praiseworthy, but may not get at the root cause of problems with digital government services.

The White House says it has a new playbook for digital government services that will avoid another embarrassment like the glitchy HealthCare.gov launch last October and build on the lessons of the site's rescue and relaunch in 2014.

By creating a new US Digital Service, and putting former Google engineer and HealthCare.gov miracle worker Mikey Dickerson at the helm, the White House hopes to import some Silicon Valley digital knowhow into the federal government. In addition to leading the USDS, Dickerson will have the status of deputy to federal CIO Steve VanRoekel. VanRoekel works within the White House's Office of Management and Budget to set standards for technology implementation, operations, and spending. As part of the announcement, VanRoekel's office published a draft Digital Services Playbook and an accompanying TechFAR Handbook, which explain how to make contracting for Agile software development fit into the Federal Acquisition Regulation (FAR) rules.

The framework for digital services success laid out in the playbook could have been pulled from most any recent tech startup's business plan, from "understand what people need" to "build the service using Agile and iterative practices" and "default to open."

"It's motherhood and apple pie," consultant Martin L. Abbott said. Funny, that was just the phrase that had occurred to me. The playbook principles are almost in a league with "the technology should be aligned with the business" as ideas every technologist professes to believe but some execute on much more successfully than others.

"If they could really do all these things, and they were really enforced, they would absolutely be helpful," Abbott said. "But the probability of executing successfully -- given the way it's structured, first and foremost -- I have my doubts." 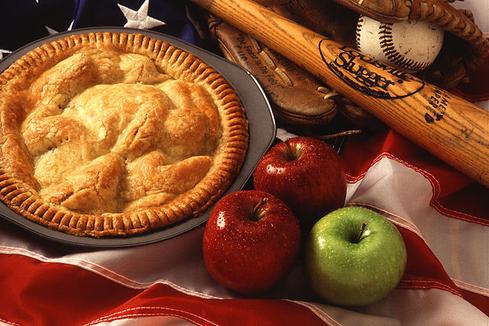 Abbott and Michael T. Fisher, two of the principles in AKF Partners, have published a series of books on creating scalable websites and digital services, including The Art of Scalability and Scalability Rules, as well as The Power of Customer Misbehavior, which focuses more on usability issues. It struck me that the federal Digital Services Playbook could have been abstracted from the chapters of one of their books (although they noted it's missing any mention of the principles of fault isolation and scalability zones that they consider essential to Web and cloud architecture).

Previously, I had sought out their opinion on how to fix HealthCare.gov, when it was still in crisis, and they say they made some pro bono contributions to the website rescue. Although they were not part of Mikey Dickerson's core team, they got to know him and call him "a great guy" -- but not necessarily great enough to rescue government from itself.

Dickerson previously spent almost eight years at Google, where he was hired as an entry-level site reliability engineer and became a manager overseeing site reliability for the Google advertising system. He also spent five months working for President Obama's 2012 reelection campaign, contributing to the development of a real-time election monitoring and modeling system. Before going to Google, he was a Unix administrator at Pomona College, where he earned a B.A. in mathematics, according to his LinkedIn profile. He is taking charge of what is currently a pilot project with a small team, which VanRoekel hopes to expand to 25 people as part of his 2015 budget request, according to the Washington Post. He hopes to recruit smart digital technologists willing to do a rotation in government service to help their country, even if they have no intention of becoming lifelong civil servants.

As a small agency aiming to magnify its influence throughout government, the USDS will play a consulting role, advising agencies who ask for help rather than parachuting in teams of developers to do the work. The goal is to avoid the need for more HealthCare.gov-style rescues, rather than to perform more of them. The executive branch does have some other, more hands-on digital technologists at its disposal through the General Services Administration's 18F team.

But Abbott and Fisher see the USDS strategy placing too much emphasis on Agile methodology as the magic elixir, the missing ingredient, to make government digital services work.

As the TechFAR documentation on Github states, "In the Government, digital services projects too often fail to meet user expectations or contain unused or unusable features. Several factors contribute to these outcomes, including the use of outdated development practices and, in some cases, overly narrow interpretations of what is allowed by acquisition regulations." In other words,

Yes, well, a big part of the HealthCare.gov story was the legislatively mandated start date, which left no room for a "beta launch" or "soft launch" period that could be used to work out the kinks. Part of what made it less than Agile
Reply  |  Post Message  |  Messages List  |  Start a Board
InformationWeek Is Getting an Upgrade!