In effort to trim $1.3 billion from IT, Navy proposes placing most non-classified data into commercial cloud offering.

In its ongoing efforts to reduce network and IT infrastructure costs, the US Navy wants to move most of its non-classified, publically available data to a commercially provided cloud, cut the number of Navy data centers from 150 to 25, and eliminate redundant costs including duplicative software applications.

The move reflects the Navy's desire to cut $1.3 billion from its IT budget, and cloud-based data storage is a cost-effective option, Navy CIO Terry Halvorsen told executives at a government IT event in Washington D.C. on March 13. A substantial part of those savings would come from consolidating the Navy's data centers and adopting cloud computing and virtualization for most of the service's non-classified data, Halvorsen said, adding that the Navy would continue to keep mission-sensitive and critical information in its classified databases.

But as the Navy closes data facilities, the data itself will require analysis for security and efficiency purposes. Besides defending against potential data breaches, the Navy wants to trim redundant and obsolete applications from its databases.

[Federal agencies are shifting beyond the 2010 cloud-first mandate. Read Cloud First: End Of The Beginning For Federal Agencies?]

Halvorsen said the Navy would also make a concerted effort to close aging buildings that are inefficient to heat and cool and expensive to operate. "We own a lot of old buildings," Halvorsen observed. By trimming back on the number of facilities and adopting virtualization, the service expects it can also trim the number of people required to run its data facilities and save on labor costs.

While the Navy plans to eliminate older software, equipment, and facilities, Halverson said that the Navy will retain some useful and effective technologies that meet mission needs but that may not be applicable in a cloud environment. "Just because things are older doesn't mean their value is less," he pointed out. 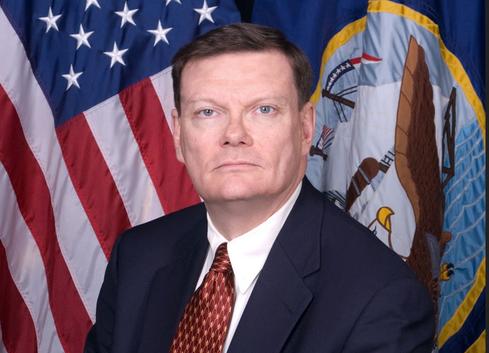 According to Halvorsen, the Navy needs to move about 50% of its non-classified data into some kind of commercial storage system as part of its cloud migration plans. Public-facing information will be moved to an Amazon cloud managed system.

The Navy also plans to rethink its continuity of operations (COOP) sites and plans. "Most data doesn't need the level of backup [that the Navy currently maintains]," Halvorsen said. Besides time-sensitive, mission-critical information, much of the service's data does not require immediate restoration in the case of power loss or disaster. For this non-sensitive data, he said, recovery times of between 72 hours and five days are acceptable. Adjusting backup requirements would mean the Navy could use more remote and less costly data storage facilities.

Halverson believes moving a portion of the Navy's data to the cloud would also lower the cost of securing the data. While it may become challenging to pinpoint exactly where data resides at any given time, Halvorsen said, knowing exactly how the security layer works has greater importance.

Halvorsen also contends that even on mission-critical classified networks, the Navy must understand that data is perishable and must be handled accordingly. The Navy and its commercial partners need to do a better job assigning different risk factors and determining the required security to associate with different types of information, he said, noting that the useful lifespan of some types of tactical information lasts only minutes.

Henry Kenyon is a contributing writer to InformationWeek Government. He has covered Government IT and Defense markets since 1999 for a variety of publications including Government Computer News, Federal Computer Week, AFCEA's Signal Magazine and AOL Government. View Full Bio
We welcome your comments on this topic on our social media channels, or [contact us directly] with questions about the site.
Comment  |
Email This  |
Print  |
RSS
More Insights
Webcasts
What We Can Learn from Sports Analytics
The Failures of Static DLP and How to Protect Against Tomorrow's Email Breaches
More Webcasts
White Papers
The Trouble with Phishing
Five Reasons to Protect your VPN with Multi-Factor Authentication
More White Papers
Reports
The State of Threat Detection and Response
DNS Network Traffic Volumes During the 2020 Pandemic
More Reports

Stratustician, you're right, it's a win-win in many regards.  But it's also interesting to note that the budget cuts, while painful for sailors, airmen, soldiers and Marines, have forced the services to embrace these new technologies faster than they would have without the budget cuts.  And hopefully, they'll also see the benefits sooner as a result.
Reply  |  Post Message  |  Messages List  |  Start a Board

I think it's a great move for the Navy and hopefully to show other organizations who are less than ideal when it comes to efficiency.  The amount of operations and capital costs required to just keep these departments going is staggering, and not only will the outsourcing of the storage help these costs become more feasible, but they can take advantage of additional services to work with this data migration to hopefully make processes leveraging these assets more efficient themselves.  Costs come down, efficiency goes up, and the value of the assets becomes more apparent.  Win win.
Reply  |  Post Message  |  Messages List  |  Start a Board

Instead of the Navy backing up its non-classified data, a function that Halvorsen says it does more than necessary, let  the cloud do it. Cloud storage will maintain three copies in the normal course of events and the Navy could specify that at least one be distributed to a different geographic location. This arrangement would come close to matching existing operations of basic storage in the cloud.