By consolidating previously sprawling IT services under one agency, the State of Minnesota has achieved $27.4 million in savings since 2012, according to Gov. Mark Dayton and MN.IT Commissioner Carolyn Parnell, the state's CIO.

Gov. Dayton's office boasted of the savings in a press release issued this week. In an interview, Parnell said the $27.4 million number does not necessarily equate to a net savings across all of the operations because the state also recognized that it has been under-investing in certain areas and has tried to catch up. Still, on an apples-to-apples comparison of ongoing IT operations being run more efficiently now than they were before, the savings are real, she said. For example, as part of a data center consolidation project, the state has reduced the number of physical servers it manages by more than 60% and plans to reduce the number of state data centers from eight to three.

Minnesota also has taken the consolidation of IT operations much further than most states, Parnell said. "We are unique as a state, in that for us consolidation consisted of the entire stack of IT -- all the infrastructure, all the people, all the dollars, all the applications -- whereas most states stop at just the infrastructure," she said. "All IT employees report into my agency. We have all of the IT procurement and responsibility for all of the applications for every line of business. We have SLAs with every single agency."

That degree of consolidation was mandated by a 2011 act of the legislature, which Gov. Dayton signed into law during his first year in office. Parnell joined the administration as one of his appointees, thinking she was taking charge of an organization of about 300 people that managed a relatively small number of enterprise services. The law put her in charge of a new agency, known as MN.IT Services, with responsibility for all information services in every state agency -- and a staff of more than 2,100. When the legislation was pending, Parnell spent a lot of time investigating whether it would be practical to pull off. "I was never out there lobbying for it, but by the time it passed I was convinced it was the right thing to do," she said.

The savings that were subsequently achieved are, sadly, not cash in hand that she gets to work with but "mostly cost avoidance," she said. To come up with the $27.4 million savings figure, she looked specifically at "easily quantifiable comparisons to prior purchases." These are mostly "the easy kinds of wins you get from consolidated procurement," she added. 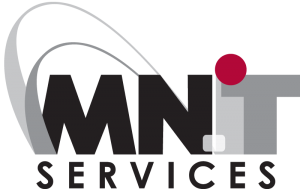 Some of the "softer" savings, not factored into that calculation, include the ability to more easily reassign IT staff between agencies now that they have been redefined as employees of MN.IT. Achieving savings has not required layoffs, partly because IT staff retirements are significant enough that attrition takes care of any reduction in staff required by leaner IT operations, she said.

Parnell said she manages with an emphasis on good communication, conducting annual listening tours in an effort to connect with IT staff in all the agencies. "They're the frontline experts, particularly in the unique needs each of the agencies have, and we can't afford to lose them," she said.

To manage state IT services in a comprehensive way, Parnell's staff first had to develop an IT reference model with common definitions of IT services, so that their costs and metrics could be tracked in common terms. The state now operates more-central services, in what it calls the MN.IT cloud, and is taking advantage of software as a service (SaaS) offerings such as Gmail as the state email system.

Through benchmark studies of other states, Parnell confirmed that Minnesota needed to spend more on some IT operations -- but at least it would be getting more for its money. MN.IT is also trying to show that it can innovate, for example by helping state agencies go mobile through projects such as the MN Report Card, an app for disseminating school performance data to students, parents, and teachers.

Bragging rights for savings come from more efficient operations for established services. There is still plenty of room for more efficiency, Parnell said. For example, the state has about 20 different case management systems in use by different health and human services agencies. "We're not going to go reduce the number of those systems immediately, but as systems come up for replacement or refreshment, we're going to look at whether there are opportunities for them to be shared among agencies -- or else, we can look at SaaS offerings."

Although the consolidation push might to some extent have been made possible by the emergence of technologies such as virtualization, it was just as much a management issue. The redundancy that had grown up around IT operations across state government "probably didn't do anyone any favors," she said. However, whittling it down when "there had not really been any inventory of IT systems was kind of a daunting task," she added.

"At the same time, we've been lining up with changes in the industry," Parnell said. "In terms of being able to take advantage of cloud offerings and software as a service, I think the timing is pretty good."

IT leaders who don’t embrace public cloud concepts will find their business partners looking elsewhere for computing capabilities. Get the new Frictionless IT issue of InformationWeek Tech Digest today.

David F. Carr oversees InformationWeek's coverage of government and healthcare IT. He previously led coverage of social business and education technologies and continues to contribute in those areas. He is the editor of Social Collaboration for Dummies (Wiley, Oct. 2013) and ... View Full Bio
We welcome your comments on this topic on our social media channels, or [contact us directly] with questions about the site.
Comment  |
Email This  |
Print  |
RSS
More Insights
Webcasts
Securing and Monitoring Networks in the 'New Normal'
The Failures of Static DLP and How to Protect Against Tomorrow's Email Breaches
More Webcasts
White Papers
A Technical Deep Dive on Software Exploits
What To Consider Before Renewing Your SD-WAN
More White Papers
Reports
The State of Threat Detection and Response
How IT Security Organizations are Attacking the Cybersecurity Problem
More Reports