EMP, Debunked: The Jolt That Could Fry The Cloud - InformationWeek

28 comments
Comment Now
An electromagnetic pulse (EMP) from the sun or a high-altitude nuclear blast could change life as we know it, but how worried should you really be? Here's a primer. 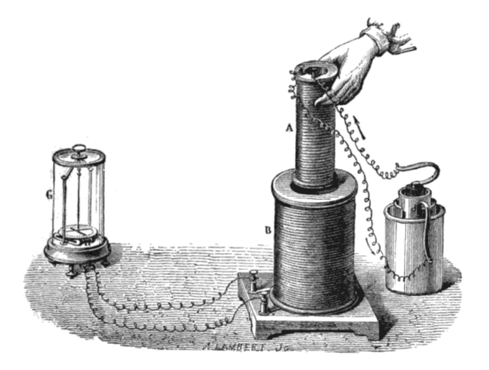 The power of induction
What is an electromagnetic pulse (EMP), and how does it happen?

It's right there in the name: an energetic interaction of electricity and magnetism (electromagnetic) for a brief time (a pulse). A changing magnetic field induces an electric current in a conductor. Similarly, moving electric charge induces a magnetic field. This can happen one of several ways, and each of those ways can create an electromagnetic pulse:

1. A large charge builds up in a conductor, and it's isolated from a differently charged conductor by an insulator. Then something changes that insulator to a conductor very suddenly, and a massive current surges back and forth until charges equalize. (That's what lightning is; big charges separate until the air breaks down between them.)

2. A magnet or a highly charged object moves very fast. (This is the process that underlies generators and thunderstorms: rapidly spinning magnets or swift-rising highly charged clouds).

3. The direction of current in a long wire changes rapidly (e.g. radio and alternating current transformers).

4. Compression of a coil electromagnet causes an abrupt change in the magnetic flux.

If the charge or the field is very big, or or moves very quickly, or both, the resulting electromagnetic pulse induces unwanted and unplanned -- for voltages in circuits, or if strong enough -- magnetization or demagnetization in storage media and sensors.

The power of an EMP to damage your facility varies with:

-- How much energy went into making it,

-- How far away from you it was made,

-- How much time the process took,

-- The physical size of the conductor where the pulse formed

-- The length of the conductor that delivers the actual voltage to your facility.

So we can worry less about the clouds frying and direct all our worries to potential data breaches instead.
Reply  |  Post Message  |  Messages List  |  Start a Board

That is indeed the real message. If your lightning protection is in order, you are already protected against the maximum EMP you are likely to be faced with. If the power grid goes down continent-wide, as long as your facility is not on the ground path for the surge (again, it won't be if you are protected against lightning) then you will have exactly the same problem everyone else does: nothing coming out of the socket for some period of time.


One serious concern you can find in the OECD and FERC reports cited here, however, is that the very large transformers power grids rely on are 1) phenomenally expensive, and 2) mostly hand-built, taking months to do it; a new one takes about a year from order to delivery currently, and fewer than 100 per year are built worldwide. They last for decades, so, for example, the US power grid has about 3000 of them. If any really large number of them were destroyed, it could be months, maybe years, before we got the grid back on line.  (And you would really want to own stock in a transformer-building company).
Reply  |  Post Message  |  Messages List  |  Start a Board

"nd you would really want to own stock in a transformer-building company" Ha, maybe I should look into it. My area lost power after Sandy struck. But some blocks got the power back before others. There was a premature attempt to restore power to one part that resulted in a surge that could be seen as a flash of blue light from about a mile away.
Reply  |  Post Message  |  Messages List  |  Start a Board

"One serious concern you can find in the OECD and FERC reports cited here, however, is that the very large transformers power grids rely on are 1) phenomenally expensive, and 2) mostly hand-built, taking months to do it; a new one takes about a year from order to delivery currently, and fewer than 100 per year are built worldwide."

That is what would worry me the most. Especially if you consider that certain nation states are always looking to hack into our grids or target them with missiles. I would have hoped that the powers that be have been working on strengthing the grid infrastructure after all these reports.
Reply  |  Post Message  |  Messages List  |  Start a Board

So do you stand by the use of EMP weapons as a plot device in your Daybreak books? I guess part of the reason it was effective there was you had a story of civilization trying to rebuild from about the level of the telegraph.
Reply  |  Post Message  |  Messages List  |  Start a Board

A very fair question, David. There are some aspects I'd do differently if I were doing it again, but yes, one big reason they work as well as they do (aside from authorial convenience) is that civilization has already been pushed back to pretty much Carrington-level technology.

Another trick, which didn't make it past the editorial process in the books (I had an editor whose constant pressure was for "don't explain anything, just blow things up!")  was that (semi-spoiler alert) the EMP bombs were designed and developed by labs a generation or so ahead of the Earthly labs of 2025.  They've been optimized for gamma and X-ray output, i.e. maximum Compton scattering.  So their EMPs are really "double acting" -- a big continent-wide EMP of around a million nT/min from the Compton scattering in the ionosphere, and a local (<100 km across) billion-nT/min bubble caused by Compton scattering in the lower atmosphere directly under the bomb.  That's theoretically possible -- Edward Teller wanted to build an X-ray laser for missile defense that could have been used in that way, and he thought it was doable back in the 1980s -- but as far as anyone outside the black-research world knows, there haven't been any serious attempts at it. (And there'd be no legal and/or undetectable way to test it if you did build one).

Even so, I definitely overclaimed. A billion nT/min might cause sparking and fires in a 1940s-style radio, as I have it doing, but things like big current surges in railroad tracks are flatly impossible. Moral: don't trust fiction for your tech info, or you will be badly overcommitted to magic beans!
Reply  |  Post Message  |  Messages List  |  Start a Board

Problem here, tgjkg, is that you really can't do much about hardening a long wire, which is what a high-voltage line is; to do what it does it needs to be long and continuous.  You can put fuses or circuit breakers in more often, but a big enough EMP will arc them and there are technical problems with doing that at very high voltages.


The best solution would be to be able to replace the most vulnerable part of the grid, the high voltage transformers, very rapidly if you had to. That's the major bottleneck to getting the power back on.


This is really a classic case of market failure; once in a great while the world might need 5000 HVDC transformers in a period of a few weeks, but normal demand is around 100 per year. The capacity to build a lot more in a hurry will be worth a lot, maybe, once in a lifetime, unpredictably, and there's no way that the information from a very low probability event percolates into market pricing, structure, and investment. It's like FICA or the New Orleans levees: you need a government program that won't be whittled away by legislative showing off for the voters.
Reply  |  Post Message  |  Messages List  |  Start a Board

On the long list of things we should worry about, I'd say this ranks below the possibility of a significant earthquake disrupting the sizeble tech industry and Internet and cloud infrastructure based in the Silicon Valley and larger San Francisco area. I'm headed out to Oracle Open World and Dreamforce over the next month, so this possiblity is more on my mind than sun spots gone bad.
Reply  |  Post Message  |  Messages List  |  Start a Board

D. Henschen, I think on the whole you're probably right.  The Northridge quake back in the 80s rolled back announced dates and deadlines by around a year and a half on average, with quite a few firms just going broke and never recovering, and others more or less leaping to their feet right after.


And the golden lesson from all of this: there's probably no such thing as too much backup when the bad stuff happens.  Unfortunately, the worst happens infrequently enough that it's easy to get careless and/or cheap about it.
Reply  |  Post Message  |  Messages List  |  Start a Board

That's not to take anything away from and increadibly well researched and thought-provoking presentation. In fact it's reassuring that you've put the risks and scope of possible impacts in clear and very understandable terms. It makes all those Hollywood doomsday movies seem no more real than "The Blob," one of my all-time favorite '50s B movies. Thanks for covering an off-beat topic.
Reply  |  Post Message  |  Messages List  |  Start a Board
Page 1 / 3   >   >>
Editors' Choice
Hot Topics