The Department of Homeland Security's division for immigration enforcement is looking for a private company to operate a new national system that would aggregate and track license plate data. DHS officials expect the system to improve the tools Immigration and Customs Enforcement (ICE) officers use to locate alleged criminal aliens, but the move raises fresh questions about the pervasiveness of government surveillance.

The information already is available to law enforcement agencies, but would be made more readily available and useful to ICE officers, and presumably other DHS divisions, using commercial-off-the-shelf systems, according to a DHS solicitation document.

[The Internet of Things has great potential, but will our lives be governed by a multitude of tiny sensors? Read The Intrusiveness of Things: Will IoT Go Too Far?]

Information on where and when a vehicle has traveled can play an important factor in pursuing suspected fugitives, particularly when they are in a location that is different from where they live. While ICE officials maintain the data would only be accessed in response to an ongoing criminal investigation or to locate suspected individuals, privacy advocates worry the system would also track the whereabouts of citizens who are under no suspicion. 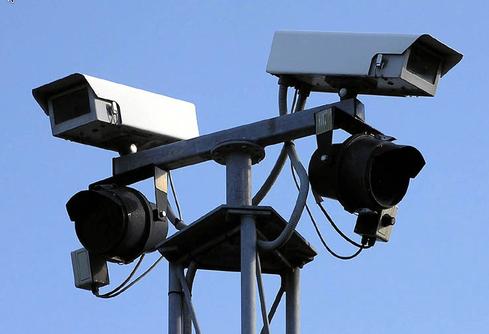 According to the solicitation, the database system would need to be available on a 24/7 basis; compile records from a variety of sources nationwide; maintain data records in the system from previous months; and identify new unique data records on a monthly basis.

The data service would also need to feature common smartphone applications used by DHS/ICE officers (including those on Android, iPhone, and BlackBerry devices) that would allow license plate pictures to be taken, uploaded, and processed, and then notify officers of positive matches. Officers would also have the ability to query the database, typing a license plate number, state of registration, and a reason code via smartphones.

DHS and ICE officials also want a variety of information services to help officers in the field.

For instance, the users would be able to upload a "Target Vehicle Hot List" with a minimum of 5,000 license plate records in a single file, for local reference, showing vehicle plate numbers, state of registration, make and model descriptions, and a field for comments. The NLPR data service would identify new detection records that match a user's hot list and alert the user via email, and include a "fully compiled PDF case file report, with maps, vehicle images, and pertinent detection" information, according to the solicitation document.

ICE is seeking bids for a company to provide the services, on a fixed-price basis, beginning May 1, 2014, for up to five years, depending on performance.

While privacy advocates see the announcement as one more example of the government watching everyone to catch a few, the proposed database mostly augments systems that have been in place for several years.

The FBI, dating back to 2004, has worked with state and local authorities to compare license plate information against the National Crime Information Center database, as part of efforts to recover stolen vehicles. Using license plate reader technology, law enforcement agencies recovered 1,102 vehicles and located 818 subjects listed in the Wanted Persons File, according to a 2011 report.

Yes that was fast.  I suspect that this wasn't just a response to privacy advocates. The system specs on the solicitation read like another big, custom government IT project in the making that added some features, but otherwise appeared to duplicate what's already out there. You probably can't fault the good intentions of ICE officials trying to help their field agents work smarter. But it does look like a case where proper supervision was missing -- and a reflection of what happens in government when senior positions go unfilled for months at a time while the Senate sits on the administration's recommended nominees for key positions.  The fact that DHS Secretary Jeh Johnson pulled the plug on what amounts to an IT project suggests that there was more at issue here than an overly ambitious data-gathering initiative.

DHS Secretary Jeh Johnson put the kabosh on ICE's plans to develop its proposed national license-plate tracking system, according to reports out this morning. More details to follow.

What provisions are being made to limit access to this database to a specific purpose? Without such rules, the freedom to travel without being watched effectively vanishes.
Reply  |  Post Message  |  Messages List  |  Start a Board
InformationWeek Is Getting an Upgrade!