Austin picks MicroStrategy to help the city analyze data across municipal departments, from police and fire to maintenance and permitting.

The City of Austin, Texas, is steadily broadening its use of a governed data discovery tool that connects the fast-growing Texas city's disparate IT silos and helps municipal employees do their jobs better and more efficiently. Early reports suggest the project, begun in the 2012, is transforming the way the city is managed.

A few years ago, Austin recognized it needed a better business intelligence system to run on top of the home-grown, Oracle-based finance systems for the $3.5 billion municipality.

But rather than simply improve data analytics in the finance department, Austin began a more ambitious effort: A single solution to eventually encompass all departments, from police and fire to maintenance and permitting.

"We wanted to find a solution for the entire city," Greg Canally, deputy chief financial officer for the City of Austin, told InformationWeek in a phone call. Canally, a 15-year veteran administrator in Austin, has been the project champion since day one.

This is a new approach for Austin, which like many other U.S. cities has let individual departments procure their IT solutions, leading to a grab bag of vendors, technologies, and architectures.

After an extensive vendor assessment and prototyping, Austin picked BI vendor MicroStrategy, which made the first production systems for the finance department in 2012. Underscoring its belief in the BI layer and how it will be pervasively used, Austin's $1 million contract with MicroStrategy calls for an unlimited number of licenses. 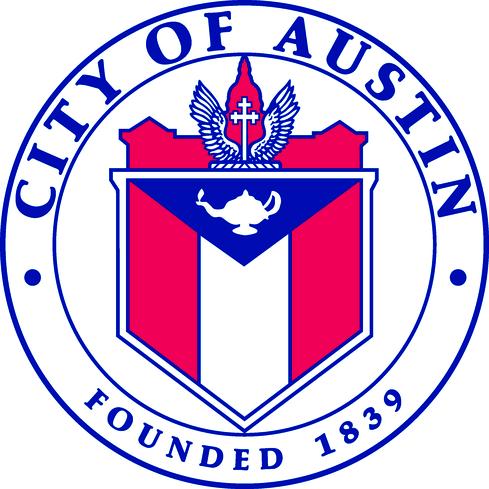 MicroStrategy is just one of a number of vendors, including IBM and Microsoft, targetting city-wide uses of data analytics. All are using big data tools and cloud-powered enterprise applications to give access to data and analytics, from sources ranging from databases to real-time sensors. The promise is that these systems will not only lead to more efficiency and collaboration, but result in savings that could total millions or even billions of dollars over time.

Thanks to the new BI layer, the booming capital city, which is enjoying a robust commercial building and renovation resurgence, can now track its permitting trends. A Web-based dashboard allows municipal employees to see basic trends, which allows every department to optimize its decision-making, staffing, and workflow.

Another dashboard will consolidate crime statistics and is nearly ready to launch, Canally said.

"First, it takes less staff to produce documents, like our budget document," he said. "What this does, is it frees up budget and finance folks to do analytics, not production work." He said that as Austin has grown in the last few years, the budget and finance groups have remained about the same size.

"We want police commanders to look at their data without calling IT," Canally said.

Indeed, the bigger gain might be in changing how individual departments and managers, once cut off from each other, can now function and see the city's operation as a whole. This shared view, it's hoped, will drive efficiency throughout the city and between departments, Canally said.

A final piece of the puzzle will be to extend aspects of the BI, already Web-based, to Austin's residents.

"There are possibilities for that, but we first wanted to get it up and running internally," Canally said, adding, "We're only scratching the surface where we want to go with this tool."

Ellis Booker has held senior editorial posts at a number of A-list IT publications, including UBM's InternetWeek, Mecklermedia's Web Week, and IDG's Computerworld. At Computerworld, he led Internet and electronic commerce coverage in the early days of the web and was ... View Full Bio
We welcome your comments on this topic on our social media channels, or [contact us directly] with questions about the site.
Comment  |
Email This  |
Print  |
RSS
More Insights
Webcasts
People Are The Most Important Part of Autonomous SOC
Nip Ransomware in the FUD: Detecting Attacks Pre-Encryption
More Webcasts
White Papers
Osterman Research: Cyber Crisis Response - Fit For Today's Threat Landscape?
High Performance Applications with the Dominion KX III
More White Papers
Reports
Accelerate Threat Resolutions with DNS
How Data Breaches Affect the Enterprise (2020)
More Reports

This release updates my story:

Today, the City of Austin and Austin Technology Council (ATC) announced the Austin Technology Partnership (ATP) , becoming the first partnership in the country between government and technology industry that takes a data-driven approach to using public-private dollars and implementing policies.

ATP focuses on data collection, analysis, and reporting to accurately understand market needs in 4 priorities - talent, capital, life sciences and market development – and then using that data to accurately invest the city's dollars to grow the economy, increase better, higher-paying jobs, and save taxpayer dollars. Additionally, serve as model case study for other cities around the world (from the established Silicon Valley to growing Las Vegas to international hubs like London) to learn from and develop their own innovation economies.
Reply  |  Post Message  |  Messages List  |  Start a Board

This seems like a pretty straightforward case of a large enterprise picking an enterprise-standard BI system for rear-view-mirror reports and more up-to-the-minute dashboards. Microstrategy, IBM Cognos, Oracle OBIEE, SAP BusinessObjects, and Information Builders WebFocus are all routine choices for this role. IBM, InformationBuilders and MicroStrategy are also well known for government deployments.

The above are usually chosen by IT for enterprisewide reporting off of data warehouses. When it comes to line-of-business and end users seeking self-service tools, they have been gravitating to the likes of Qlik and Tableau Software, which are known for easier data-exploration and hands-on analysis without setups and assistance from IT.

This has been the big-picture trend for at least five years. The players up top are growing ever so slowly while Qlik and Tableau are skyrocketing.
Reply  |  Post Message  |  Messages List  |  Start a Board
Editors' Choice
Hot Topics