The EU says that Ireland gave Apple illegal tax breaks over a period of 10 years and now wants the tech giant to pay 13 billion euros, or about $14.5 billion, in back taxes.

The European Commission ruled Tuesday that Apple owes more than 13 billion euros, or about $14.5 billion, in back taxes because Ireland granted unfair and illegal tax breaks to the tech giant -- a charge the company's CEO Tim Cook denied in an open letter.

"Apple follows the law, and we pay all the taxes we owe," Cook said in the letter. He added that the commission's antitrust regulator has gone too far in suggesting that Apple has unfairly avoided nearly all corporate taxes for the last 10 years. The charge may strain transatlantic relations.

The commission says Ireland offered Apple a lenient tax deal in 1991 and again in 2007 that let the company pay about 1% tax on its Europe-earned corporate profits from 2003 to 2014. Under the tax deal, only a small fraction of Apple's profits were taxed. 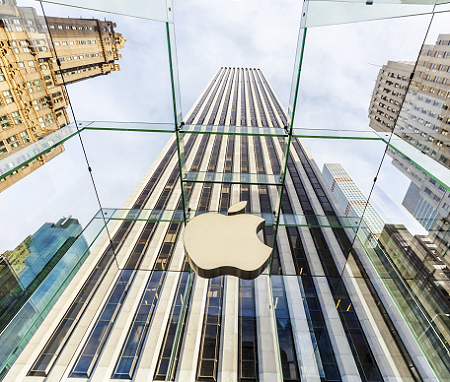 Michael Noonan, Ireland's finance minister, said he "[disagreed] profoundly with the commission's decision" and will appeal the ruling.

Cook said in his letter, "The European Commission has launched an effort to rewrite Apple's history in Europe, ignore Ireland's tax laws, and upend the international tax system in the process."

The $14.5 billion figure is the largest ever penalty by the EU for such activities and hinges on laws that prevent corporations from relying on government aid to win advantages over competitors. The EU says it believes Ireland's tax arrangement amounts to government aid for Apple.

[Read Apple, Taxes, And Why Tim Cook Is Wrong.]

Europe has a history of attacking US-based companies through its regulatory bodies. Perhaps the most prominent cases involve Microsoft and Google, which have both been accused by the EU of favoring their own apps and services over those made by competitors. (Microsoft was fined for preloading its Explorer browser on PCs, while Google is under fire for preloading Gmail, Google Maps, and other apps on Android phones.)

Apple, the most profitable company in the world, has become a target lately, particularly because of its enormous cash reserves -- some of which resides in Ireland.

Surely Apple will appeal the ruling, and the matter will take many months to resolve. In the meantime, the US Treasury Department was critical of the decision and others like it. Further, the decision may cool corporate investment. Companies based in the US don't want to be on the hook for any more taxes than necessary, and Europe's aggressive enforcement action may cause them to think twice before entertaining the idea of doing business in Europe.

Eric is a freelance writer for InformationWeek specializing in mobile technologies. View Full Bio
We welcome your comments on this topic on our social media channels, or [contact us directly] with questions about the site.
Comment  |
Email This  |
Print  |
RSS
More Insights
Webcasts
The Failures of Static DLP and How to Protect Against Tomorrow's Email Breaches
Building the SOC of the Future: Next-Generation Security Operations
More Webcasts
White Papers
The Dark Side of SD-WAN
Five Reasons to Protect your VPN with Multi-Factor Authentication
More White Papers
Reports
Are Unprotected Cloud Databases Leaking Your Data?
Evolution of Ransomware Gangs
More Reports

This is a very interesting turn of events.  Apple does want to pay taxes in the U.S or apparently Europe either.
Reply  |  Post Message  |  Messages List  |  Start a Board

"Apple follows the law, and we pay all the taxes we owe,"


Come on Cook, think of something different. We have heard this before.
You are so adamant, so why do so many countries seem to think Apple doesn't ?
Reply  |  Post Message  |  Messages List  |  Start a Board

While they might not like it , it was the law that let Apple do that.  If they want to change it now that's fine but you can't just go back and say that law never mattered.  Apple could shut their doors for 10 years and still have more money than most companies and some entire countries over there.  Cook should just buy an Island somewhere and 'move' the company headquarters there.  Then he could tell all of Europe to go pack sand.

So if a law is considered unconstitutional or was put in place illegally, then all those convicted under such law should still have to sit out their punishment? I strongliest disagree to the nth degree! Apple effectively had a 0.0005% tax rate. The EU ruling states , that both Ireland and Apple Inc should have known quite well that such a tax rate is illegal, especially when it was obvious that other tech companies were charged a much higher tax rate.
Reply  |  Post Message  |  Messages List  |  Start a Board

Maybe you should do a little research. There are many people in jail over laws that were later found unconstitutional or thrown out for what ever reason.   The problem there is while the law is in effect it has to be followed. It doesn't matter all that much to the legal system if the law is found unconstitutional later.
While I agree Apple probably should have been paying more taxes they were following the laws in effect that pertained to them. You can't just go back and retroactively start taxing people like that.   It would be like your city deciding that the tax value on your house should have been doubled many years ago and now trying to charge you for back taxes even though you paid what the current laws at the time required.

It seems to me that if a corporation makes a tax deal with a foreign government and it is subsequently ruled to be illegal, the fault lies with the government officials who negotatied the deal, not the corporate execs who are not expected to be experts on local law.  Ergo, if anybody should pay up, it should be the Irish government, in the form of a fine to the EC equal to the amount of tax Apple was excused from paying.  Apple is not a party to the EU treaties; the Irish Republic is.
Reply  |  Post Message  |  Messages List  |  Start a Board

The difference here is that the Apple tax rate was obnoxiously low compared to a run of the mill property tax rate. And not just a wee bit lower than in other countries, but in your face ridiculously low. How anyone could consider that a fair and legal tax is beyond me, especially since other companies in Ireland did not receive that same treatment.
Reply  |  Post Message  |  Messages List  |  Start a Board

For an extreme liberal, he sure likes that capitalism thats made him a billionare. He preaches liberal values while avoiding US taxes, and Apple has their products made in China to avoid that minimum wage of the USA, but yet he supports the fight for $15, well no kidding, it doesn't effect your business practice because Iphones are made in China for pennies on the dollar you charge for the pos product.
Reply  |  Post Message  |  Messages List  |  Start a Board

I agree !00%, this is between Ireland and EU at this point. Not that I'm a fan of this offshore tax dodging. But like the Hack-a-Jordan in NBA, can't blaim Apple if rules let them do it anymore than you can blaim coaches for fouling him 20 times, which ruins the game for everyone.
Reply  |  Post Message  |  Messages List  |  Start a Board
Editors' Choice
Hot Topics