While Volkswagen's recent software scandal raises serious ethical concerns, it's certainly not the only remarkable software failure this year. Here's a rundown of what can happen when good software goes bad. As we head into fourth quarter 2015, we can't help but wonder what's next. 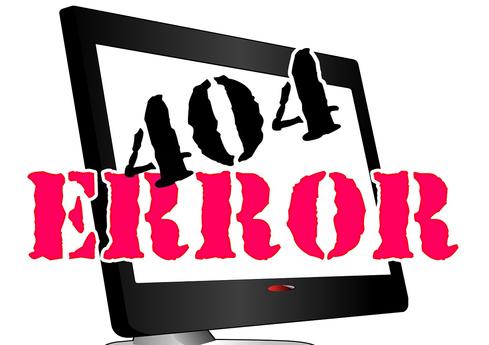 Our use of technology in the business world -- and in everyday life -- is escalating at an unprecedented rate. Our reliance on software for communication, financial, and travel purposes is at the point where much of what we do is impossible without it. We've become so reliant on software and applications that we don't know what to do when they fail.

Software bugs and glitches have been around since the beginning of computing. What's changed is the scope of impact when things go wrong. When problems do arise due to new software, an updated system, a patch, or some other variation or conflict, the effects can be devastating. They can bring some companies and the customers who rely on them to a standstill.

Software problems arise for all sorts of reasons, including things as mundane as human error and as nefarious as malicious attacks and intentional deceit. The recent Volkswagen software scandal, in which the company was accused of using software on its diesel vehicles to trick emissions testing gear, appears to fall into the latter category.

In fact, the Volkswagen case -- which led to the resignation of the company's CEO and to his replacement by an automotive executive with a master's degree in computer science -- is the reason we decided to have a look at the year's epic software fails (so far).

Most cases of the eight we're highlighting here were unintentional, yet they caused a great deal of inconvenience to customers -- and gave the companies involved a public relations black eye. In a handful of cases, the companies involved allegedly manufactured the software fails -- and were caught deceiving customers and other stakeholders. These situations not only caused problems from a customer and PR standpoint, but also created serious legal problems.

Once you've reviewed our rogue's gallery of 2015's software failures to date, and the impact they had on the organizations and customers involved, let us know in the comments section below whether any of these affected you directly. Are there other industries you think are ripe for software catastrophe before the year is out?

I think the most sobering point about just how easy the current model Chrysler products were to exploit is that there have been somewhat regular demonstrations of people gaining access to vehicle controls through the infotainment systems for years now. It is very hard to believe that there is no one on the development teams for these companies ever saw those earlier demonstrations and that not one of them spoke up and mentioned how bad an idea it would be if someone could take control of a vehicle from the back seat, not to mention across the internet.
Reply  |  Post Message  |  Messages List  |  Start a Board

I totaly agree with you about VW and Chrysler.

The Chrysler software exploit was a sobering reminder that security wasn't always part of infotainment software development. I hope that juicy find was a major driver for other car companies to do a better job with thier own systems.
Reply  |  Post Message  |  Messages List  |  Start a Board

@mejiac, this days each Co. only looking at the bottom line... and no one cares about future... or even quality of the brand... scarry reality of our Corporations in North America...
Reply  |  Post Message  |  Messages List  |  Start a Board

I'm so glad you started with the two most recent auto industry issues, but I'm going to argue that the VW emissions software isn't a fail, it is actually a win.  VW knew that there was no way to build a diesel car that would meet emissions standards and that they could market as a sporty alternative to the gasoline powered models.  They even made a badge that people came to associate with sporty diesel engines. When you see TDI badges on a VW you know it's not going to drive like a tractor.  The software was responsible for a big surge in popularity for VW.  The failure there was how VW decided to use the software.  It wasn't buggy and it stayed hidden very well it took more than a decade before anyone caught on and it didn't pose a direct threat to the driver or passengers.

The Fiat Chrysler software issue on the other hand is a huge failure, sure it is neat and does a lot of things we would all ooh and ahh over but a system so simple to hack that it can be done across the internet and drive an occupied vehicle into a ditch is a very serious failure.

Yep - in sales speak it's called being a late adopter. But it doesn't matter, because the late adopter get bugs too, and both late and early adopters were stuck at the airport when United had their software problem, so...
Reply  |  Post Message  |  Messages List  |  Start a Board

If we waited for bugless technology we'd never have any new products!  It's almost the expectation now to have bugs, right?  It is the price you pay for being a pioneer - in my book - which is why I always wait a bit before taking the plunge.
Reply  |  Post Message  |  Messages List  |  Start a Board

Agreed, being able to capture and test every edge case is very very difficult. But as pointed out on the article, "intentional misuse of software", I think this crosses the line.

What were the developers thinking and felt when they were ask to design and roll out what VW and Lenovo did? Imagine the feeling...and probably there legal department got involved to assure nobody "blew the whistle".

CRM Trends 2021: How the Pandemic Altered Customer Behavior Forever Jessica Davis, Senior Editor, Enterprise Apps,  2/18/2021
White Papers
Why Add Security to Your Skill Set and How to Do It
Enabling Enterprise Resiliency Through Cyberthreat Detection
The Hidden Security Risks of APIs: How to Protect Your Brand, Business, and Data
Don't Let the Past Obstruct Your Zero-Trust Future
451 Cloud Confidence Report