Why Bechtel Chose Chatter (Not To Boost Sales) - InformationWeek

Largest construction and engineering company in the U.S. is an example of an enterprise choosing Chatter on its own merits, rather than as an adjunct to sales productivity. 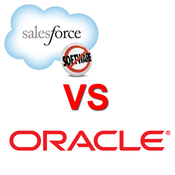 Oracle vs. Salesforce: Social Acquisition Face-off
(click image for larger view and for slideshow)
Bechtel is proof that Chatter is not just for sales collaboration anymore.

Nine months into its Chatter implementation, Bechtel has 10,000 employees on its Chatter network and is fielding custom mobile applications with embedded Chatter functionality, but sales is about the last thing driving this implementation. Salesforce.com has been promoting the broader utility of its cloud-based enterprise social network all along, and of course it's also known as the company that has done the most to establish the concept of software-as-a-service and cloud computing.

Still, Salesforce's strongest customer stories still tend to revolve around people collaborating to win the sale or improve marketing and service. Those are natural complements to its customer base, anchored in salesforce automation, service, and support, and now social media marketing. Salesforce CEO Marc Benioff's keynote Wednesday particularly celebrated Chatter's appeal to consumer products companies like Coca-Cola. Bechtel is not in quite the same kind of mass market business.

"You can fit our customer list on a napkin," said Justin Burleigh, director of enterprise collaboration at Bechtel, the largest construction and engineering company in the U.S. That's because most of Bechtel's customers are governments, utilities, and other institutions looking for someone to help them build a dam, a bridge, or a nuclear power plant. "Some of our projects have been going on longer than I've been alive," he adds--not exactly the kind of high-velocity environment the Sales Cloud was built for.

As a result, Bechtel evaluated Chatter on its own merits, rather than because of any existing relationship with Salesforce.com. "We didn't start with sales and move out with Chatter; we're starting with Chatter and moving in," Burleigh said. Though not featured on the keynote stage, he told his story in a session with Nicholas Mannella, a senior consultant at Salesforce subsidiary Model Metrics, as co-presenter.

Bechtel previously had "a couple of accidental Yammer implementations," Burleigh said. The freemium nature of that product allowed people to create accounts without corporate approval, but that wasn't enough to make it the de facto choice. "Yammer provided the impetus for us to step back and evaluate what we wanted in an enterprise environment," he said. In addition to Yammer, Bechtel looked at social software from companies like Jive. While other tools had some very modern consumer social media features, the companies behind them did not have the same sophisticated understanding of enterprise requirements as Salesforce, Burleigh said. "When we sat down with the actual [Chatter] team, we found they absolutely have the right long-term vision for the enterprise."

Bechtel is also starting to develop custom mobile apps on the Force.com platform, said Burleigh, who is also in charge of mobile strategy. The ability to have relevant conversations embedded in a tablet application used in the field is providing one of Bechtel's clearest cases for a strong return on investment, he said.

"Most of the quantitative benefit is measured in time," he said. "This one jobsite I'm thinking of is so large that it took an hour to drive from one side to the other." The payoff comes when a project manager or inspector can note a problem that needs to be fixed and immediately start a conversation with the engineer who can get it fixed--on the spot, rather than getting in a truck and driving back to the nearest construction office and getting on a PC. In other cases, the benefit comes from being able to have a conversation over time, where people on opposite sides of the world may be collaborating to plan or execute a project, he said. "Our people are globally distributed, in some of the most remote locations on the planet."

Because of the way it mirrors the interaction style of consumer social networks like Facebook, Chatter answers some of the complaints of users who wonder why they have to go to week-long training classes to learn how to use an online system. Why can't company software work more like Google and Amazon, they ask? At the same time, Bechtel is also a 100-year-old company where the median employee age is 53, so not everyone is a digital native. Users did need some training on the proper use of hashtags and @mention references to users, as they are implemented in Chatter. They also needed some reinforcement.

very nice read! as Jedpc commented it seems that salesforce is slowly expanding and moving away from being targeted to sales only which is a great thing. social media is now integrated in our daily life and people are used to it, so why not incorporate it into our work forces?
Reply  |  Post Message  |  Messages List  |  Start a Board

Deb - that is a good and interesting question. One discussion I had at their DreamForce conference last week was when they might drop "sales" from their name ! With the Sales Cloud, Service Cloud and Marketing Cloud offerings, it is rather obviously "not just sales" anymore, however the real indication that they have stepped far from sales is the Force.com and Data.com underlying platforms, and Heroku as a development platform. Add Chatter and Do.com to the platform offerings and it appears that they can generate strong revenues with customers that have no interest in sales or CRM -- but only time will tell :-)
Reply  |  Post Message  |  Messages List  |  Start a Board

Chatter divorced from the sales functionality in Salesforce.com sounds good for Bechtel, but is it good for Salesforce?