E-Book Pricing: Apple's Lawsuit Is Only Half The Picture - InformationWeek

50%
Tweet
The lawsuit against Apple is over high e-book pricing, but too-low pricing might be just as bad.

News broke Wednesday that the Department of Justice has filed suit against Apple and several publishers, accusing them of price fixing in an attempt to undercut Amazon's e-book sales.

But the problem of price-gouging isn't limited to Apple or its approach to e-book pricing, and it isn't limited to one party being the victim. This situation is endemic to the way e-books are marketed and sold, and it doesn't have an easy solution.

Let's start with the government's case against Apple. The lawsuit claims that right before the iPad launched, Apple and a slew of publishers sat down together and colluded to shift publishing away from the wholesale model, where the publishers sold books at below cost to retailers, who then charged whatever markup they felt like. Apple's idea was the "agency model," where the publishers set a price and the sellers were given a fixed per-unit commission. By doing this, the publishers could cut into Amazon's ability to steeply discount e-books at an unfair rate. 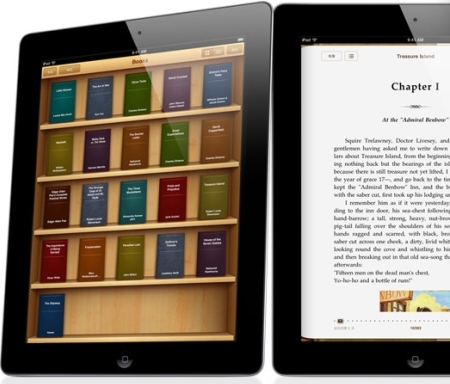 Such a play was bad news for both Amazon and for customers. I shed few tears for Amazon, given the awesomely despicable things they have done to lowball publishers. Customers get the fuzzier end of the lollipop, though, because they pay significantly higher prices than Amazon customers for what amounts to the same book.

The bigger problem is that the economics of e-books is now being tugged wildly in two different directions.

On the one hand, we have collusive moves like this that drives up the prices of e-books, so much so that even hardcore e-book lovers are sent scurrying back to their local Bookstore 'n Barista. On the other hand, we have scads of 99-cent e-books cluttering up the digital marketplace--mostly from no-name authors who're trying to get their product out by by undercutting everyone around them.

What's worse is that there might be no good solution to the second problem. Sure, you can sue Apple for colluding with publishers to drive prices up. But is it possible to build a case that Amazon is allowing the e-book market as a whole to be devalued by allowing the e-book equivalent of dumping? Doubtful. (There's a quandary for you: is it possible to build a predatory-pricing case in a market where the goods are virtual and cannot even be legally resold?)

Both of these extremes are bad news for different reasons. High prices don't need to be explained. But low prices--excessively low prices for e-books, even if they're from authors no one knows--only aggrandizes the largely mistaken feeling that even $9.99 is too much to pay for a e-book from a name-brand author. It looks like a great deal at first, but if it's impossible to sell a work of quality for more than a certain amount, that makes it increasingly difficult to invest in a work of quality when you know the returns on that investment are going to be consistently minimal.

I would argue that $10 is far from unrealistic as a price point for a bestseller. I'm also not just saying this because I eventually plan to start selling my own books via digital distribution; I say it as a reader. Quality e-books require a professional roster of editors, all of whom need to be paid for their work. Digital distribution takes out most of the cost of manufacturing and fulfillment, but there's still a lot of other work that needs to be done. (Anyone who's seen the ghastly proofing, editing, or design work that goes into low-end e-books knows what I'm talking about.)

What I'm hoping is how the suit against Apple starts a conversation about how both the high-end gouging and the low-end undercutting in the e-book space are equally poisonous. I suspect, however, I am hoping in vain.

We welcome your comments on this topic on our social media channels, or [contact us directly] with questions about the site.
Comment  |
Email This  |
Print  |
RSS
More Insights
Webcasts
IT Automation: Scaling to the Future
Don't Miss this Dark Reading Virtual Event on Critical Data Breaches
More Webcasts
White Papers
Security Intelligence: Driving Security From Analytics to Action
2020 Security Trends to Watch
More White Papers
Reports
Gartner's Solving the Challenges of Modern Remote Access
The State of IT Operations and Cybersecurity Operations 2020
More Reports

More Informa Tech Live Events
IT Automation: Scaling to the FutureThe State of IT & Cybersecurity OperationsRed Team Realities: Testing that goes beyond compliance