More tools to better understand how apps are interconnected could save time on repairs and chasing security alerts.

It is hard to fix what cannot be readily seen but there some automated ways to look under the hood at apps. Earlier this month, software analytics company New Relic held its FutureStack conference in New York, with discussions that included app performance monitoring and scaling DevOps in a cloud native world. The company also took the opportunity to announce new features of its cloud-based, programmable observability platform, New Relic One, for app creation -- but also responded to recent shakeups in New Relic’s leadership.

On September 16, shortly before the conference, word came that CTO Jim Gochee and chief revenue officer Erica Schultz resigned from New Relic while board member Michael Christenson planned to join the management team on October 1 as president and chief operating officer. Those changes coincided with New Relic lowering its guidance for its 2020 revenue forecast. During the conference, New Relic CEO and founder Lew Cirne spoke to a room of reporters about his plans, his prior relationship with Christenson -- who bought Cirne’s previous company, Wily Technology -- but did not comment on the resignations or change in guidance.

Later, Cirne spoke separately with InformationWeek about the new aspects of the New Relic platform and why observability matters in the development cycle.

What features does New Relic One bring to the table and what does that mean for your company?

“Our mission is to help our customers deliver more perfect software. When your software is the business, you don’t have any choice about that. If you compare where we are today with five or 10 years ago, people can pick or choose what they want to observe in production. Now it’s not a question of whether you have visibility but how you put visibility to everything that runs in production. That’s given rise to what people describe as observability.

“Everything must be measured in production and it’s become so important that there are now open standards committees that focus on observability as a first class-practice. Ten years ago, people were starting to do open source databases like MongoDB. Now they’re doing open source, observability APIs. What we’re announcing is that New Relic is treating that as first class-data. If you’re using any open observability API, we’re going to treat that just as well inside our platform as we do with anything coming out of our agents [software that transmits data to New Relic]. 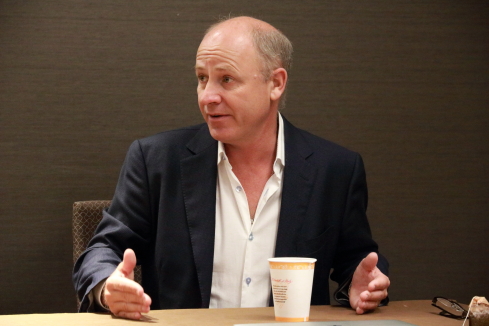 “Our agents are the onramp to getting visibility inside a software infrastructure without any code changes required. A large enterprise might have 2,000 applications. Some of those applications are cloud native and many of those may be actively worked on right now. For those applications, they may be choosing to manually instrument them to not only be functional but also observable. When they do that, they use open APIs. That data would go to some other tool. Then they’ve got some applications they don’t have time to instrument and they want to see in production -- they drop our agent in. They go to New Relic for some of their stuff and go to other tooling for other needs. Now they can have it all in one place.

“That open telemetry is a big change for us. For people familiar with New Relic it’s a new way to look at us. The second part of that is with all of this telemetry data coming into one place, we’ve believed for some time that dashboards are not enough. If you look at why people love our APM [application performance management] product, for example, it’s more than a dashboard. It’s an interactive application that understands the telemetry data we collect and presents it to our customers in a useful way. There is an infinite number of applications customers can build to get value out of the telemetry data they’re collecting. Rather than us try to build them all, we spent the last two years building a platform that will enable any customer or partner to build an application to make the most out of this data.

When organizations see turnover in their IT teams, there tends to be a loss of institutional knowledge about the software developed in-house. Does observability help address this issue?

“One of the open source applications we’re giving away is a connection between New Relic and GitHub. We’ll automatically connect that microservice running production with its source code. We’ll tell you who works on it. If that service goes slow, you’ll know what the service does and who the developer is that most knows about it -- it’s probably the person who has committed the most code. That’s all in New Relic One now, combining the data we have with other products to answer questions like, ‘What the heck does this thing do?’

With the rise of AIOps, DevSecOps, and other angles on DevOps, where do you see New Relic speaking to those niches?

“We’re focused on use cases that move the needle for our customers with AI. The big problem we’re going to solve out of the gate is alert fatigue. We visited an enterprise that has 50,000 alerts per day. Why is that? Because all these things are interconnected. If the host has a problem, then what’s running on that host might have a problem, and what’s connected to it might have a problem. Instead of one alert, you might get 30 or 40 alerts. If it gets too noisy, operations personnel might ignore them. That’s terrible. New Relic AI takes all those raw alerts and uses machine learning, an understanding of the connections between all of these things and looks at the history of alerts to synthesize an analysis that will save time on repairs.”

Joao-Pierre S. Ruth has spent his career immersed in business and technology journalism first covering local industries in New Jersey, later as the New York editor for Xconomy delving into the city's tech startup community, and then as a freelancer for such outlets as ... View Full Bio
We welcome your comments on this topic on our social media channels, or [contact us directly] with questions about the site.
Comment  |
Email This  |
Print  |
RSS
More Insights
Webcasts
The Experts Guide to Ransomware Response
Multi-Cloud Data Management for Modern Applications
More Webcasts
White Papers
The Path to Successful Hyperautomation Starts With the Help Desk
Top 5 Tips for Enterprises Choosing a Firewall
More White Papers
Reports
Are We Cyber-Resilient? The Key Question Every Organization Must Answer
Cloud Misconfiguration Mayhem
More Reports