Changing human behavior and leadership support were integral to driving a more agile approach to software and firmware development.

At last week’s DevOps World online conference, Peter Tiegs, principle engineer with Intel’s client group, and Lynn Coffin, senior technical program manager, discussed the strategy they adopted for a DevOps transformation of the development cycle. Opening up their playbook for the event hosted by CloudBees, Tiegs and Coffin described how Intel made technical changes and embraced new mindsets to meet goals for efficiency at scale.

Intel obviously has plenty of skilled personnel and resources but even then, the company did not just dive in when it came to DevOps transformation. “You don’t have to have all of the answers and know everything to get started,” Coffin said. It is not necessary to start with a big push, she said, suggesting that DevOps can be done in smaller, manageable bites. Getting teams willing to buy into change was essential to getting things rolling, Coffin said. 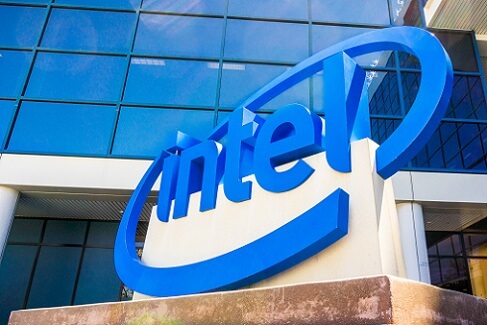 Such support is necessary, she said, because of the challenges that come with changing human behavior. It is important to explain to teams what the road ahead will look like in order to achieve DevOps transformation, Coffin said. This includes stops along the way for communication, training, and reflection. Strong leadership is also part of the equation, she said, because teams rely on deliberate guidance that communicates the expected goal repeatedly. “Make sure everyone understands what the end state looks like and why it’s important.”

Coffin said Intel uses scrum and agile delivery as part of DevOps to build software, with iterative delivery to allow for reversions, revisions, and updates as needed. “We can go back, look at what we did in the past, and understand why we made those decisions,” she said. The adoption of DevOps at Intel, Coffin said, included executive support from a senior director and multiple vice presidents who bought into the intended end state. Developers also supported the move after they saw how easy it would be once teams adopted common tool standardization, she said.

The DevOps transformation became a two-year journey, Coffin said, with teams now sharing sources across different disciplines. Intel also started a DevSec pipeline, she said, which helps build security in from the beginning of the development cycle instead of addressing it as an afterthought.

Tiegs said the Intel client group works in a variety of sectors including gaming, education, business, and mobile and deals with operating system combinations such as mobile on Chrome or gaming on Windows 10. There are even times when the client hardware they deal with might not even be in its final state, compounding challenges in integration, he said.

Some products use software from multiple teams, Tiegs said, making it not uncommon for thousands of software engineers around the world to be part of this complex mix. “Our historical process for integrating software and firmware was manual and inconsistent,” he said. The introduction of continuous integration and daily changes to software and firmware added to the intricacy. “We needed to modernize our software engine by introducing DevOps practices to the company that we are able to scale,” Tiegs said, “or we had a good chance to fail.”

Intel created a program made up of three sub-teams, he said, to tackle these challenges:

Next Phase of DevOps: Upskilling for Processes and Humanity

Joao-Pierre S. Ruth has spent his career immersed in business and technology journalism first covering local industries in New Jersey, later as the New York editor for Xconomy delving into the city's tech startup community, and then as a freelancer for such outlets as ... View Full Bio
We welcome your comments on this topic on our social media channels, or [contact us directly] with questions about the site.
Comment  |
Email This  |
Print  |
RSS
More Insights
Webcasts
The Failures of Static DLP and How to Protect Against Tomorrow's Email Breaches
Building the SOC of the Future: Next-Generation Security Operations
More Webcasts
White Papers
MPLS, SD-WAN and SASE
A Practical Guide to SASE Migration
More White Papers
Reports
Building an Effective Cybersecurity Incident Response Team
Special Report: Understanding Your Cyber Attackers
More Reports