The escalation of data and workloads in the cloud calls for continuous intelligence to maintain order.

Human awareness is not the only resource organizations can rely on to respond to events with the rise of continuous intelligence to shoulder the work. This real-time analysis of historic and current data is used for decisioning and responding to events and offered through platforms from the likes of Sumo Logic and Striim.

Gartner cited continuous intelligence among trends to watch in 2020 and the players in this field are already tackling hefty demands that emerge from the enterprise space.

For some organizations, such as Genesys, the escalation of data and workloads in the cloud calls for such continuous intelligence services, otherwise the time to respond and time to mitigate can increase. “There are failure modes in complex systems that are hard to find without good tooling,” says Glenn Nethercutt, chief architect for Genesys. “If you’re not doing this, you’re probably making it harder on yourself than you should to resolve the location that is really causing your pain.” 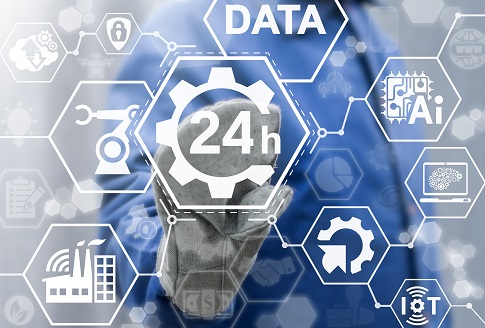 His company provides cloud-based contact center solutions as a service to help brands manage customer experience. Nethercutt says Genesys has used Sumo Logic, developer of a continuous intelligence platform for DevSecOps, from day one and continues to do so while in hyper-growth mode. “We need something that can continue to adapt to where we see deviations that are unexpected,” he says. That can be hard for people to keep up with, but Nethercutt says algorithms can meet the task.

The services the Genesys cloud provides include AI and data processing, which Nethercutt says is made up from some 370 different microservices with each piece owned by a separate software team. “Understanding how all of these complex systems work together, to be able to manage it and optimize it, that’s the type of thing we’ve leveraged continuous intelligence from Sumo to accomplish,” he says.

The teams at Genesys operate under a DevOps model, Nethercutt says, with substantial autonomy but do communicate with each other. Collectively Genesys logs and tracks some 70 billion interactions annually and he says it is important to understand behavior of the system. Nethercutt says continuous intelligence through Sumo Logic empowers the engineering side of this organization but also the product side to understand usage and user behavior. 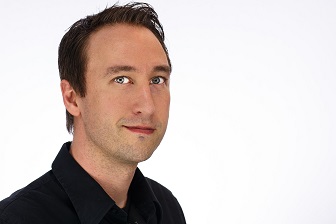 A large part of continuous intelligence comes into play in the SIEM (security, information, event management) space, he says particularly in compliant-heavy segments such as PCI (payment card industry), HIPAA, or SOC 2 (service organization control). “We aren’t just looking at a single facet of law for how computers function,” Nethercutt says. “We are looking at how tens of billions of interactions are achieving their goals, in a secure and compliant way.”

It is vital, he says, to be able to create an observable system through continuous intelligence that can assuage concerns of having autonomous developers building things. “Having a consistent location where you can observe how the system behaves is always better than having point solutions that let you look at parts of the problem,” Nethercutt says. “Speed is also a factor. The time to investigate, detect, and mitigate any issue is pretty crucial.”

Sumo Logic CEO Ramin Sayar says his goal is provide an analytics-driven service to help build, manage, and secure the next generation of application architectures. That architecture is increasingly multitenant, cloud, and data intensive. “Every company is trying to become a digital company and continuously needs to release and update software,” Sayar says.

As quickly as organizations might want to act, an intelligence gap exists because of the volume of machine data, challenges associated with cloud infrastructure and application architectures, and the volume of workloads moving to the cloud, he says. Sayar expects spending on public cloud to rise north of $200 billion in the next two years. The collective difficulty may also increase for teams in development, operations, DevOps, and cyber liability. Continuous intelligence could be a way to address those challenges. “We do not believe that continuous intelligence is yet another business intelligence, data warehouse, real-time reporting type of initiative,” he says. “It is a new category of software that’s required for every modern organization and every modern company to effectively operate in this digital world.” 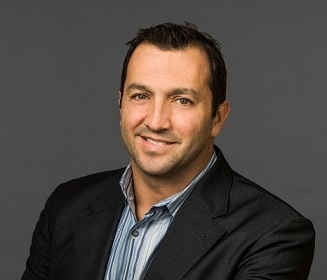 By Sayar’s reckoning, the bulk of enterprise organizations are still very early in the journey to the cloud yet the coming tsunami of data looms very large on the horizon. “Between 16 to 30 zettabytes of data is going to be generated between 2020 and 2025,” he says. “More than 40% to 50% of that data is being generated as unstructured data.” That data may come from devices, sensors, and applications that run in the cloud. The amount of data being generated can be cumbersome for ad hoc tools architected for “yesterday’s problems,” he says.

The continuous intelligence, single platform approach, Sayar says, can combine devs, operations, and security in ways that ease the burden for all teams across the organization and improve mutual understanding during this intense time of transition. “It’s no longer acceptable for the people in development and operations to do the partying while the people downstream in security get the hangover and have to deal with the breach,” he says. “Everyone is accountable.”

Joao-Pierre S. Ruth has spent his career immersed in business and technology journalism first covering local industries in New Jersey, later as the New York editor for Xconomy delving into the city's tech startup community, and then as a freelancer for such outlets as ... View Full Bio
We welcome your comments on this topic on our social media channels, or [contact us directly] with questions about the site.
Comment  |
Email This  |
Print  |
RSS
More Insights
Webcasts
People Are The Most Important Part of Autonomous SOC
Nip Ransomware in the FUD: Detecting Attacks Pre-Encryption
More Webcasts
White Papers
The State of Endpoint Security
A Business Case for Vulnerability Remediation Orchestration
More White Papers
Reports
Enabling Enterprise Resiliency Through Cyberthreat Detection
The State of DevSecOps Report
More Reports