From Tech Support to CEO: Why Niche Matters More Than Gender - InformationWeek

Sarah Lahav, CEO of SysAid Technologies, took the first steps on her path toward leadership as a member of the Israeli Defense Forces. Here, she shares her experiences rising through the ranks in tech, and offers advice about cornering your niche and treating it like the most important job you will ever have.

10 CIO Career Trends That May Surprise You
(Click image for larger view and slideshow.)

Nothing drives me more insane than assumptions, questions, and articles about "women in tech." The expression makes it sound as if technical women are creatures outside their natural habitat, like chimpanzees in computer labs. My story is not about a woman in tech. My story is about the power of cornering your niche and treating it like the most important job you will ever have.

CEOs aren't made on an assembly line, nor are they crowned by investors who fund half-baked ideas. CEOs begin as people who treat their roles like an art form, no matter how unglamorous or menial the role seems. Often, their edge is a passion for something others care less about.

I fell in love with IT support without any aspirations to be an executive, let alone the CEO of SysAid, an IT service management (ITSM) software company. My career began in 1992 when I joined the Israeli Defense Forces (IDF). My job was to teach infantry how to drive the Israeli version of a Humvee.

Because men and women are required to serve side by side in the IDF, the whole "women-in-(insert career)" phenomenon is almost nonexistent in Israel. We have a more egalitarian society than, say, the US. We have role models like Golda Meir, the world's fourth female prime minister and Israeli's first and only woman in that role.

She led the country through the Yom Kippur War in 1973. Meir reportedly said, "Women's liberation is just a lot of foolishness. It's men who are discriminated against. They can't bear children." She taught Israeli women to not play victim even if we didn't have total equality.

[How can you help build the next generation of techies? Read 9 Fun Tools for Teaching Kids to Code.]

After two years of military service, I worked in the Knesset, Israel's parliament, for two years as the equivalent of a congressional aide. I figured out I wanted a technical career, but I was too social to be a programmer.

I began night class in IT administration and worked during the day at a company that implemented and maintained warehouse IT for giant companies. We focused on inventory and shipping software, scanners, printers, and similar things.

I dealt with unsophisticated users, to put it nicely. Perhaps you've heard the expression "user error"? We had more than a few of those, and they shaped my approach to SysAid.

One case stands out in my memory. On a Thursday evening, during a torrential thunderstorm, my least favorite end-user called to tell me the printer was broken. Was there electricity? Yes. Is the printer unplugged? No, no, of course not, Sarah. I told the guy something to the effect of: "That's good, because if I drive over and the printer is unplugged, I am going to kill you with my bare hands."

I got in the car and drove an hour through crawling traffic and pouring rain to reach the airport, where the warehouse was located. Someone had unplugged the printer and plugged in an electric heater. Because the computer was on, my end-user assumed the printer had power too. He did not realize that they used separate power cables. (For those who are concerned, I refrained from making good on my threat to take his life.)

This experience highlighted the fact that IT admins deal with many false alarms and fictional problems. It made me wish there were a way to minimize our hassles. I imagined how life would change if IT people could diagnose problems from a distance, without the hour drive in traffic and rain. Even better, what if we could somehow demonstrate our value, service, and commitment quantitatively? I felt like my "tribe" was underappreciated and underequipped. 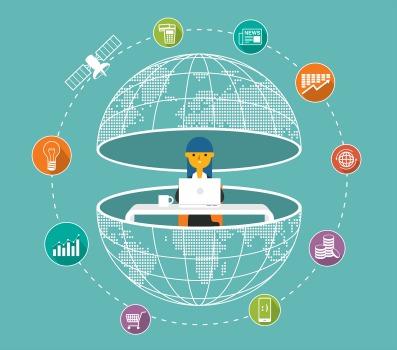 My wishes were answered in 2002 when I was invited to join SysAid as its second employee. The company wanted to make life better for IT folks. I became SysAid's first tech support representative.

Instead of dealing with the printer nincompoop, I served professional IT admins. We corresponded and solved problems via email. I could send technical explanations, and customers would know what I was talking about. I felt understood and more connected to IT than ever before.

Through doing support, I learned about our market and product from the perspective of the customers. In 2009, SysAid decided to create a customer relations department to bring user viewpoints into our software development process. I was a shoo-in for the role. We had too many customers in too many places to spend face-to-face time with them all. We had to build a community digitally, and I had already started that process in tech support.

Thus, my niche made me indispensable in a way I couldn't have predicted. By doing a low-level support job with passion, I staked out a leadership position. I had enjoyed working with customers, and never worried about where it would take me. This is different from the modern mindset.

Today, many young people want shortcuts to the top. Some start companies assuming they simply can sell them to Google in two years and become rich. They don't realize that the reward is the work itself. Neither the CEO role nor the payout will fulfill them.

In SysAid's early stages, the CEO spent his time overwhelmingly in development and innovation. A decade later, SysAid needed a CEO who represented and understood the customer. In my early career, I was the customer. Indeed, I had used SysAid's software to serve our own customers. In 2013, I was named CEO.

I learned the language of sales, marketing, and R&D, as CEOs do. I had to think of our operation as a mission, and communicate it to each group in their own language.

In this journey, I faced some prejudices women experience in the tech world, but these didn't define my experience or identity. I'm a CEO, not a "woman CEO." More than anything else, I'm an IT person. My career brought me here because I chose that niche, treated it like a craft, and never worried about where it would go.

As SysAid Technologies' first employee, Sarah Lahav has remained a vital link between SysAid and its customers since 2003. She is the current CEO and the former VP of Customer Relations. The two positions have given her a hands-on role in evolving SysAid solutions to align ... View Full Bio
We welcome your comments on this topic on our social media channels, or [contact us directly] with questions about the site.
Comment  |
Email This  |
Print  |
RSS
More Insights
Webcasts
Key technology trends in 2021 - Making these technologies work for your business
Optimizing App Performance in the Cloud
More Webcasts
White Papers
Why Add Security to Your Skill Set and How to Do It
2021 SANS Cyber Threat Intelligence Survey
More White Papers
Reports
Accelerate Threat Resolutions with DNS
How IT Security Organizations are Attacking the Cybersecurity Problem
More Reports

"They don't realize that the reward is the work itself. Neither the CEO role nor the payout will fulfill them."

So why write about how to become a CEO and encourage the mindset ,shortcuts or not. Your goal doesn't seem to be to glorify power and success but that's what you end up doing. Find something you enjoy doing might be the better angle, the CEO part being irrelevant.

BTW "too social to be a programmer" made me laugh as the intended meaning is not the most obvious one.