More organizations have embraced DevOps to deliver higher quality software faster. Meanwhile, DevOps itself has evolved. We explain where DevOps is today and where it's is headed.
More on DevOps
Live at Interop ITX

Software teams are under pressure to deliver better quality software at ever faster speeds. Toward that end, many of them have embraced Agile methodologies, which have helped accelerate the pace of software development.

Software release schedules haven't necessarily improved to the same degree, however, particularly when operations continues to operate as a siloed organization. To solve that bottleneck, organizations are moving to DevOps, if they haven't already.

DevOps requires developers and operations to collaborate, which doesn't come easy to either of them. Operations doesn't want developers configuring production environments because their changes could cause a stable environment to become unstable. Conversely, developers are frustrated by the amount of time it takes for operations to deliver the infrastructure necessary to adequately test applications. 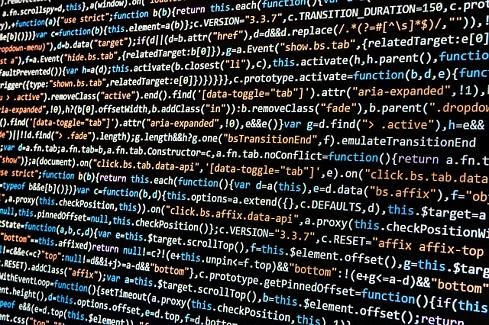 "There has always been some contention between developers and operations because we'd throw things over the wall and then they'd blow up and not work the first, second, or third time until we got everyone in the same room and ironed out an appropriate hand-off procedure," said Bob Familiar, director, national practice at interactive design and technology architecture firm, BlueMetal.

Cloud environments enable DevOps because infrastructure can be configured on-the-fly. Appropriate tooling helps, but to be successful, DevOps requires a cultural shift, which is the hardest part of it.

"The advent of the cloud means that infrastructure is now defined as code and not physical machines, so the act of doing operations is closer to software development than it ever was before," said Familiar.

Syncfusion, a provider of software development controls, moved towards DevOps slowly over time. As an Agile development organization, Syncfusion was able to deliver new products and features faster, but the release process took several weeks. DevOps has enabled faster and more predictable deployments than Agile alone, according to vice president Daniel Jebaraj.

When DevOps is successful, organizations are able to release stable software faster.

Containers Are Having an Effect

Containers have become popular among developers because they can be deployed in any cloud environment. Everything needed to run a piece of software is included the container – the code, libraries, tools, and runtime. Software licenses and analytics can also be included.

Software teams developing next-generation applications are moving toward microservices because they're modular and scalable. Microservices can be combined in different ways and then deployed in containers irrespective of the infrastructure.

Learn More About DevOps and Containers

BlueMetal's Familiar will be discussing container technology at Interop ITX in Las Vegas, on Wednesday, May 17. His session, The Intersection of Big Data, Cloud, Mobility and IoT: Making the Connections will focus on how containers impact the way software teams architect, provision, and deploy IoT and advanced analytics solutions.

Lisa Morgan is a freelance writer who covers big data and BI for InformationWeek. She has contributed articles, reports, and other types of content to various publications and sites ranging from SD Times to the Economist Intelligent Unit. Frequent areas of coverage include ... View Full Bio
We welcome your comments on this topic on our social media channels, or [contact us directly] with questions about the site.
Comment  |
Email This  |
Print  |
RSS
More Insights
Webcasts
Building Asset Management into Your Enterprise Security Strategy
How the Rapid Shift to Remote Work Impacted IT Complexity and Post-Pandemic Security Priorities
More Webcasts
White Papers
Smart Service Management: Working Better Together with a Connected Enterprise
ITSM for the Enterprise - What Makes it Work?
More White Papers
Reports
Building the SOC of the Future
The State of Cloud Computing - Fall 2020
More Reports