Chef has combined its popular configuration server with Chef Delivery and Chef Compliance to produce a more automated code workflow.

Agile Vs. DevOps: 10 Ways They're Different
(Click image for larger view and slideshow.)

Chef, the open source configuration system widely used in development projects, has been combined with other two other software modules to form Chef Automate, a tool for configuring workloads for different environments.

Chef is an open source project sponsored by the company Chef. It's part of a mix of products that includes commercial offerings. Chef Server is the open source product that's put Chef on the map. Chef Automate combines that with Chef Delivery, a product that allows changes to both the application and infrastructure of an existing application. Chef Compliance is a scanning system that checks code for security risks or outdated code.

The combination is available from Chef for $137 per node on which it runs per year.

Chef Automate is being unveiled July 11 at ChefConf 2016, which will bring 1,500 Chef users to Austin, Texas, this week. 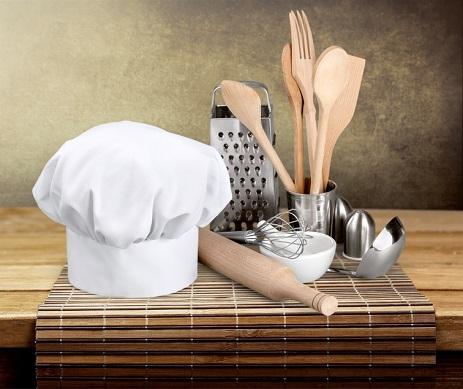 The three products that it combines will now work with Chef InSpec, an open source testing system, and Chef Habitat, a neutral environment from which an application may be deployed as a virtual machine, container, bare metal workload, or cloud virtual machine. Chef Compliance is actually built on top of Chef InSpec.

Ken Cheney, vice president of business development, called Chef Automate a product that supplies "workflow for continuous delivery," a phrase that might apply to a highly skilled DevOps team. Chef is also used across the board by a range of developers. Even who are not DevOps oriented may find features of interest in the commercial product, Cheney said in an interview with InformationWeek on the cusp of the user conference.

By pulling so many related products together, developers and operations managers, who are used to working with pre-configured systems captured in what are known as Chef recipes and cookbooks, will find they can do many configuration and deployment tasks across different environments with the new product.

In effect, one interface and one familiar work environment now cuts across the many tools.

Part of the purpose of the combined product is to make it easier for developers and operations managers to speak the same language, follow the same procedures, and assess the same code in similar ways as they move out of the development lab and into production.

"You need a consistent experience for how the different parties collaborate," said Cheney in the interview.

VMware's vRealize Orchestrate for launching virtual machines can work with the Chef Automate system. That ability is a sign that Chef has moved beyond open source developers' hands and into the workflow of the enterprise. Cheney also cited Chef's growing worldwide appeal by noting a doubling of the number of customers paying for Chef products over the last 12 months.

The combination represented by Chef Automate is meant to appeal to companies looking to become DevOps organizations supplying continuous delivery. It's also meant to lessen some of the pain of doing so. The integrations provided by Chef make it easier to produce, inspect, test, stage and deploy new workloads, Cheney claimed.

Chef itself is written in Ruby and can run in Red Hat/Centos Linux, IBM AIX, Solaris, or Ubuntu Linux.

Charles Babcock is an editor-at-large for InformationWeek and author of Management Strategies for the Cloud Revolution, a McGraw-Hill book. He is the former editor-in-chief of Digital News, former software editor of Computerworld and former technology editor of Interactive ... View Full Bio
We welcome your comments on this topic on our social media channels, or [contact us directly] with questions about the site.
Comment  |
Email This  |
Print  |
RSS
More Insights
Webcasts
The Experts Guide to Ransomware Response
Multi-Cloud Data Management for Modern Applications
More Webcasts
White Papers
Enabling Enterprise Resiliency Through Cyberthreat Detection
Top 5 Tips for Enterprises Choosing a Firewall
More White Papers
Reports
Protection Strategies for a Cyber-Resilient Organization
Intelligent Outcomes Are Key to Business Resilience
More Reports

Chef's mix of open source and commercial products is more pronounced than most open source companies, which lead Noah Kantrowitz to protest, "Chef Is Not Open Source," in this blog two years ago: https://coderanger.net/chef-open-source/
Reply  |  Post Message  |  Messages List  |  Start a Board

Skills in using Chef came in number seven on Dice's top ten list of technology skills in 2015. Salaries for Chef practitioners showed up in the $130,000 range. Which may be why Chef is announcing at ChefConf 2016 that it is launching a certification of skills program. See http://www.prnewswire.com/news-releases/salaries-bonuses-and-contract-rates-jump-for-us-technology-professionals-300209544.html
Reply  |  Post Message  |  Messages List  |  Start a Board
InformationWeek Is Getting an Upgrade!