AIOps Vendors Should Prepare for a Litmus Test in 2020 - InformationWeek

Getting past the hype and proving they can automate aspects of DevOps may be crucial in the coming year.

There has been a fair share of cheerleading behind the marriage of AI and DevOps to birth AIOps, but the time may be approaching for a stress test.

At last week’s AWS re:Invent conference, Moogsoft CEO Phil Tee shared his perspective with InformationWeek on what could be in store for the AIOps scene in 2020. Moogsoft is a provider of an AIOps platform for DevOps teams for monitoring incidents in IT infrastructure. Tee said he believes AIOps providers will soon face questions about their ability to deliver on promised services rather than rhetoric and labels.

Like others in this space, Moogsoft has been trumpeting the relevance of AIOps. It is a developing segment of IT with many organizations still trying to find their way. 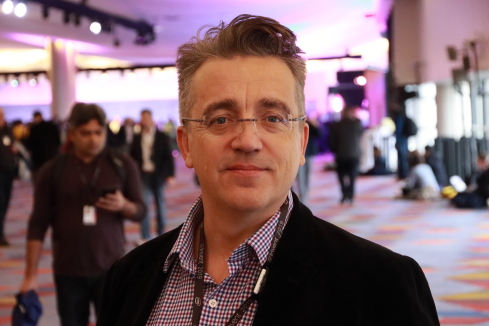 For its part, Moogsoft has had to make some tough changes as the AIOps space evolves. In fall 2018, the company let go some 30 employees, about 18% of the staff at that time, as it adjusted its strategy.

Tee said the rise of AIOps may help address the growing complexities of the modern compute stack as programming standards continue to change. Those new standarads include writing programs in the cloud, the creation of docker images, and Kubernetes definitions, “There are far more moving parts,” he said. The purpose of AIOps, Tee said, is to contain that complexity. “If you don’t do that, and you try to use a last-gen, rules-based approach -- total failure. It isn’t going to work.”

At the moment, Tee sees AIOps primarily at play serving enterprises, though it has made its way into SRE (site reliability engineering) and is being pushed out to the application developer, he said. “We’re going to see AIOps move out of the large enterprise and be democratized down into smaller companies and departments.”

With that potential democratization, Tee cautions that some vendors might “get caught out there next year” overselling capabilities and services to meet demand. “There’s a lot of people running around saying, ‘We do AIOps. We have AI.’ It’s a hype cycle,” he said.

In certain cases, he believes some vendors might be packaging rules to give the appearance of AI though that is not what is running underneath the hood. Tee suggests that organizations check carefully to spot differences between algorithm-driven AI versus a rule set up to match a given occurrence, situation, or alert. AI should discover automatically the relationships between data, he said. It should also be durable in the face of change. “A really great way to work out if your tool has AI in it is to change something and then ask how much work you’ll have to do to make it all relevant again.”

Under a rules-based system, Tee said, the same amount of setup work needed in the first place will be necessary if changes are made. “With AI, it doesn’t need touching and remains relevant regardless of infrastructure underneath,” he said.

There is also a difference, Tee said, between monitoring and management. AIOps should provide insights, he said, instead of the human user looking at data and then sorting out what is going on. “The AIOps tool will tell you that there’s something you need to take notice of.”

The goal, Tee said, is for the automation AIOps provides to reduce the time spent manually intervening and allow for more time with applications.

What is at stake for organizations, he said, is the potential for severe outages that might have been avoided with proactive AIOps rather than rules trying to play the part. “You could find yourself missing a critical incident that causes the whole house of cards to collapse,” Tee said. “It can be really tricky to build that back up.”

Joao-Pierre S. Ruth has spent his career immersed in business and technology journalism first covering local industries in New Jersey, later as the New York editor for Xconomy delving into the city's tech startup community, and then as a freelancer for such outlets as ... View Full Bio
We welcome your comments on this topic on our social media channels, or [contact us directly] with questions about the site.
Comment  |
Email This  |
Print  |
RSS
More Insights
Webcasts
People Are The Most Important Part of Autonomous SOC
Nip Ransomware in the FUD: Detecting Attacks Pre-Encryption
More Webcasts
White Papers
Tech Insights: Detecting and Preventing Insider Data Leaks
Accelerate Threat Resolutions with DNS
More White Papers
Reports
How Data Breaches Affect the Enterprise (2020)
How IT Security Organizations are Attacking the Cybersecurity Problem
More Reports