When it's time for developers to take on management responsibilities, these three roles offer a path.

Not every senior developer is cut out to be a manager. In fact, many aren't. That's not a dig at developers. Rather, it's a recognition of the role's nature.

Many programmers select the field because they want to be individual contributors, not managers. Even those interested in mentoring others — say, as a software architect or lead developer — may not want to be a developer manager.

Yet, either by external or internal pressures, top software developers are often forced into leadership roles they don't want. Sometimes, they fear plateauing if they don’t move into management. Other times, IT leaders push the move so they can bring in less expensive replacements with similar skills.

Regardless of the reason, the result is the same: unhappy leaders, disaffected direct reports, and less effective product development teams.

As a programmer by trade and a mentor to Yeti's junior developers, this problem hits close to home. I've seen programmer peers grudgingly accept management responsibilities and regret it. They fell short of expectations because the "promotion" felt like something they should do instead of something they were passionate about.

These friends followed a career path that's familiar to many software developers. Initially, they were elevated to project development leads, which might sound like a senior developer role. But instead of continuing to hone their coding skills (as they thought they'd be doing), they found themselves constantly checking on teammates and providing project updates to superiors. Success, previously based on their own skills and motivation, suddenly required them to extract effort from their peers.

Too often, that becomes a vicious cycle. With less time to code, they get less of their own work done. With less work to show, their sense of value suffers, which causes them to work even harder to balance their own challenges with those of the team. Eventually, they either revert back to being an individual contributor, quit entirely, or learn to see their team's success as a yardstick for their own.

That's a cycle developers without management dreams don't need to struggle through. Yes, some aspire to tackle it, but management simply isn't right for many technical team members. It's the responsibility of IT leaders such as myself to nurture them along whatever career path — including nontraditional options — they may have in mind.

What, exactly, can developers do when they're ready to move up? In my experience, they tend to gravitate toward one of the following upper-level technical or leadership roles:

Software architect. This role is typically the end game for technically focused developers. Although titles differ by company, it involves making critical software architecture choices for the team.

Software architects often mentor junior developers, but they don't have direct reports. They are serious problem solvers, many with a decade or more of specialized software expertise or generalized experience across several different stacks.

To support software developers pursuing this career path, encourage them to stay up-to-date with new technologies. Even specialists should exhibit some understanding of the full software development stack, and even generalists should have in-depth knowledge of one or more popular languages.

Lead developer. Sometimes referred to as a developer manager, this role is for developers with strong time management and interpersonal skills. Lead developers are a sort of bridge between nontechnical and technical team members. They delegate work to direct reports while keeping communication lines open with company leaders.

Try assigning interested developers small, self-managed projects. Can they hold themselves accountable to deadlines? If they succeed, hand them assignments that require delegation. Can they communicate clearly with others? How do they evaluate direct reports' performance?

Depending on the company, this role could be exclusively management, or it could be a combination of management and coding. Regardless, those pursuing it need to understand that people management requires a distinctly different skill set than coding does.

Senior technical project manager. While not as common as the prior two, developers with strong resource planning and budgeting skills can ascend to this role. Technical project managers work closely with stakeholders and involved teams to keep the project on track and on budget. Candidates should be enthusiastic, efficient, organized, design-minded, and able to thrive under pressure.

One of the toughest -- yet most rewarding -- parts of management is helping direct reports discover their futures. Inform developers of their options, observe their skills, and suggest paths they might be suited for. But whatever you do, don't push them. That's how people end up in roles they don't want, and, ultimately, that's how technical teams topple over. 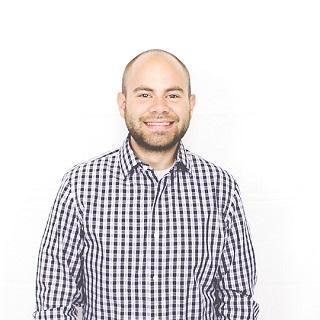 Rudy Mutter is an EVP of tech and founding partner at Yeti. He found his passion for technology as a youth, spending his childhood developing games and coding websites. Rudy now resides in the Yeti Cave where he architects Yeti’s system and heads up project production. Follow Rudy on Twitter.

Jim Connolly is a versatile and experienced technology journalist who has reported on IT trends for more than two decades. As editorial director of InformationWeek and Network Computing, he oversees the day-to-day planning and editing on the site. Most recently he was editor ... View Full Bio
We welcome your comments on this topic on our social media channels, or [contact us directly] with questions about the site.
Comment  |
Email This  |
Print  |
RSS
More Insights
Webcasts
How Elite Analyst Teams are Transforming Security with Cyber Reconnaissance
Strategies for Success with Digital Transformation
More Webcasts
White Papers
The State of Threat Detection and Response
Managing OTT Content Distribution in the Connected World
More White Papers
Reports
How IT Security Organizations are Attacking the Cybersecurity Problem
2020 State of DevOps Report
More Reports

Rudy, you're a quite right in your analysis and it is telling that you can only provide 1 route out of the 3 described that goes anywhere near providing a solution. However, it should be noted that this problem besets most industries and is not a new issue either. In the late 1980s, I worked in the technology and research department of the then public sector owned Central Electricity Generating Board here in the UK. Many a coffee-time conversation was about the crazy way in which the division recruited leading engineering, mathematics and computing graduates, often with Masters or Doctoral qualifications, on what at the time were, remarkably, above the going rate for such staff at the beginning of their careers. The problem was that the pay structure was extremely hierarchical and staff would hit the top of their grade after only a few years. The only way to get increased salary and recognition was to take on staff and/or project/service management responsibilities - roles which many staff did not aspire to, were probably over-qualified for and in many cases were totally unsuited and untrained for. Like you say this meant that they spent less and less time on what they were good at (and for which they had been specifically suited) and were so demotivated (especially as they would go from excellent performance reviews to adequate or even poor). Meanwhile their direct reports or their projects were receiving poor management. Before anyone jumps on the "that's the state sector for you" or the "that's large organisations for you" bandwagons, I have worked in public and private organisations across a host commercial, scientific, technology and engineering sectors in small, medium and large enterprises. Every single one of them exhibited this issue.
Reply  |  Post Message  |  Messages List  |  Start a Board
Editors' Choice
Hot Topics