They look a lot like Apple Stores, but Microsoft Stores sell Windows PCs and Surfaces and Xboxes. One is coming, if not to a mall near you, then some place near an Apple Store for sure. I popped in to my local Microsoft Store to take a Surface tablet for a spin. 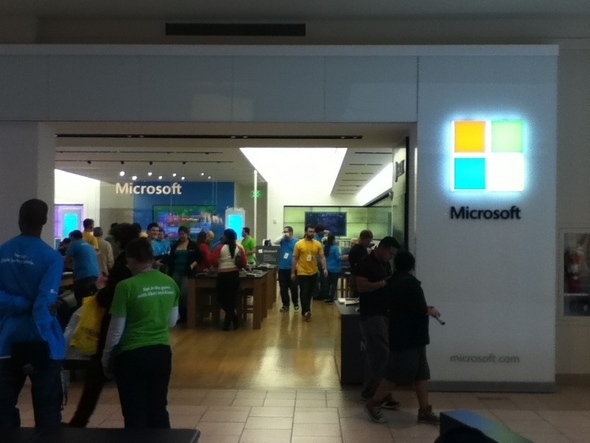 When Microsoft released the Surface I decided to try one out and went to the Freehold Raceway Mall in Freehold, N.J., where there is one of two permanent Microsoft Stores in the state, and one temporary holiday store.

Microsoft Stores might not be as common as Apple Stores yet, but there was definitely action in the store I visited. Of course, as you can see in the picture, a lot of the people were staff -- not that a well-staffed store is a bad thing.

For Dino Londis, the distinguishing factor for the Microsoft Surface tablet is the keyboard, but that doesn't mean he's ready to shell out the money for one.