The startup that helps companies manage their data is holding its own in the stock market. Is this a sign that more startups should consider starting real businesses, instead of trying to strike it rich in social media?

What company is worth more than Zynga, and about as much as Groupon?

That company would be Splunk, a startup that helps businesses make sense of big data.

Once you get out of social media stocks, the performance can be respectable. Take Splunk. Since its offering in April, it has more than held its own. Splunk is up 80% from its offering price. 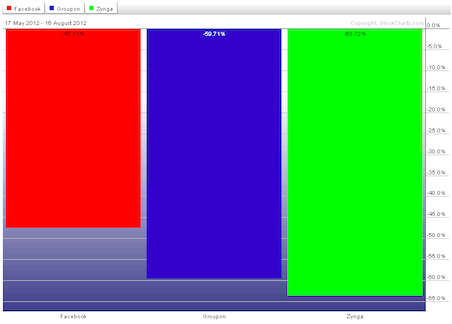 Groupon gets customers into businesses via coupons. With Zynga, it's all about gamification. At $19 per share, Facebook is doing about as well as Groupon and Zynga; it's down 50% since it went public. Some might say Splunk is a real business compared to the others, one that is growing well.

Is Splunk the next Oracle? Its revenue has a ways to go, but in the age of big data, it might have a shot.