Netbook Or Notebook? All The Same To Consumers - InformationWeek

50%
Tweet
Only 58% of people who bought a netbook instead of a notebook said they were satisfied with the purchase, an NPD Group report finds. 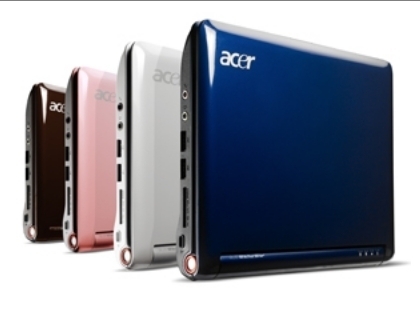 Many consumers who buy netbooks mistakenly believe that the mini-laptops designed for basic computing, such as e-mail and Web browsing, deliver the same functionality as standard notebooks, a survey released Monday showed.

The confusion among consumers has led to some dissatisfaction with netbooks, the NPD Group found. Only 58% of people who bought a netbook instead of a notebook said they were satisfied with the purchase, compared with 70% of those who planned to buy a netbook from the start.

Satisfaction was even harder to come by among 18- to 24-year-olds, one of the main demographics manufacturers were hoping to win over with netbooks, NPD said. Among that age group, 65% said they expected better performance from their netbooks, and only 27% said the mini-laptops performed better than expected.

While performance is often a disappointment, netbook buyers interviewed by NPD said portability is a great feature. Fully 60% of netbook owners said that was the main reason for buying the device. However, once buyers got the PCs home, 60% said they never took their netbooks out of the house.

"We need to make sure consumers are buying a PC intended for what they plan to do with it," NPD analyst Stephen Baker said in a statement. "There is a serious risk of cannibalization in the notebook market that could cause a real threat to netbooks' success."

Computer manufacturers are responsible for some of the confusion by marketing the PC-like capabilities and general features of netbooks that give consumers the impression that the mini-devices could be a laptop replacement.

However, that's changing as PC makers are starting to offer low-priced, thin-and-light notebooks with larger screens and full PC capabilities. In doing so, manufacturers are emphasizing more often now that netbooks are meant as a PC for K-12 students or as a second mobile PC, a strategy NPD encourages.

"They should be marketing mobility, portability, and the need for a companion PC to ensure consumers know what they are buying and are more satisfied with their purchases," Baker said.

Netbooks, which typically have displays of 10 inches or less and sell for as little as $300, are the fastest-growing segment of the PC market. Outside of netbooks, PC sales have been hit hard in the economic recession.

NPD's findings, based on interviews of nearly 600 adults in late April and early May, are contained in a report titled "Netbooks II: A Closer Look."

We welcome your comments on this topic on our social media channels, or [contact us directly] with questions about the site.
Comment  |
Email This  |
Print  |
RSS
More Insights
Webcasts
Protecting Mobile Apps and APIs from the Inside Out
5 Ways to Jumpstart AI
More Webcasts
White Papers
2019 Software Exploits, a Technical Deep Dive into Vulnerabilities
2020 Trends to Watch: Cybersecurity
More White Papers
Reports
The New Face of IT Automation
State of Cybersecurity Incident Response
More Reports