50%
Tweet
The iPhone 5S, which reports say will begin production in the second quarter of 2013, was the last iPhone designed with Steve Jobs in charge. Look for incremental change. If you were expecting Apple to add a back button, you're probably going to be disappointed with the iPhone 5S.

According to The Wall Street Journal, Apple plans to begin production of a new iPhone in the second quarter of 2013. That new phone, possibly called the iPhone 5S, will likely resemble the jump from an iPhone 4 to 4S.

How do we know this? Because Steve Jobs designed the next two generations of iPhones, Michael Foulkes said to the San Francisco Examiner on Monday.

With Jobs' design philosophy still at work, the improvements in this incremental model will be technical, rather than cosmetic. The form factor and weight, for example, will remain the same as the iPhone 5 in the 5S. From a manufacturing standpoint too, it makes sense, keeping costs down.

Along with the shape, size, and weight, we'll also likely see an identical display on the 5S. 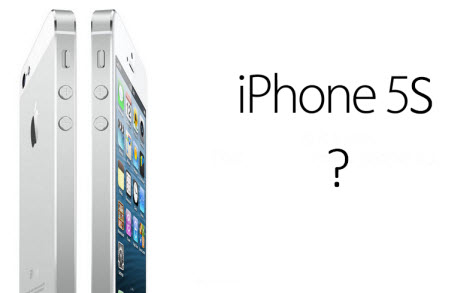 Storage capacity isn't likely to change either. Although Apple introduced a 128GB model of the iPad 4, I can't imagine people rushing to buy a super-sized iPhone, and I bet Apple knows that. For that reason too, the iPhone 5S will start at 16GB, with 32 and 64GB options as well.

Also unlikely to change is the OS — at least we probably won't see iOS 7 on the upcoming 5S. Recall that the 4S originally shipped with iOS 5. At the time of writing there haven't been any announcements for iOS 7 to Apple developers. And, as we've seen with continued patching to iOS 6, there are still bugs.

Consumers who wish to purchase an unlocked version of the iPhone 5S will still pay a hefty premium — and I bet Apple will sell the new model at the iPhone 5's current price of $650, bumping the other models down, making the iPhone 4S free with a two-year contract and taking the iPhone 4 off the market.

Under the hood, the phone will be different. Starting with the chip, I'd expect to see at least the A6X chip included with the iPad 4, if not something better like the rumored A7 processor Apple has been working on. There are, of course other improved processor options, but if Apple's indeed working on an A7 I think it's a safe bet to expect either that or the A6X.

Like the earlier jump to the "S" model, an improved camera is also likely in the mix. Video recording is likely maxed out at 1080p HD, at 30 frames per second — what more would even be practical to include? We'll likely see a better camera, maybe a 10-14MP rear facing camera.

The battery is also an area we'll likely see a change in the iPhone 5S, although not a very big one. The 4, 4S and 5 all have near identical batteries. However, while my iPhone 4 has decent battery performance, I've heard from colleagues at BYTE that the 4S and 5 battery performance leaves something to be desired. [Editor's note: the 4S battery life is pathetic.]

One thing I know European consumers would want in an iPhone 5S, is expanded LTE support – as currently support for 4G is limited, to say the least.

But what I'm really left wondering about is a surprise. Without a new Siri to introduce, or any rumors on the horizon, what does Apple have in store for us? There are some wild rumors about NFC, which are pretty far fetched at this point. And there's some talk of a finger print scanner, which I also have trouble believing.

With Jobs still in the picture — posthumously — Apple's probably not going to make any major changes to its design philosophy with this new release, like NFC or a fingerprint scanner. Also, if you were expecting Apple to add a back button, you're probably going to be disappointed with the iPhone 5S.

But, for Apple fan boys and girls, Jobs' continued influence on the product design is likely to be a welcome piece of news. Maybe Apple will even market the iPhone 6 as "The last phone Steve Jobs ever designed."

We welcome your comments on this topic on our social media channels, or [contact us directly] with questions about the site.
Comment  |
Email This  |
Print  |
RSS
More Insights
Webcasts
Enterprise Database Strategies for 2020
Securing Active Directory the Way it Deserves
More Webcasts
White Papers
DevOps for the Database
Wired vs. Wireless LAN Solution
More White Papers
Reports
Online Threats -- and What Your Org Can Do About Them
[Special Report] Remote Network Management
More Reports