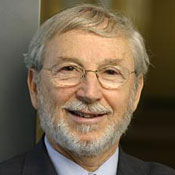 There weren't many vendor CEOs at last week's Gartner BI Summit, but there was Gerry Cohen, top executive and principal owner of Information Builders, attending sessions, chatting with potential customers during coffee breaks, and checking out the literature at competitors' booths in the exhibit hall.

This sort of hands-on approach is rare among CEOs of $300 million software companies, but it has helped Information Builders hang tough in the highly competitive business intelligence market.

Just-released stats from IDC put BI software and maintenance revenues at $8.1 billion in 2009 and growth at a respectable 2.6% in an otherwise down year in most other technology sectors. IBM, SAP, Oracle, and Microsoft now control roughly two thirds of the BI market, according to Gartner, and these megavendors aggressively try to bundle BI into larger deals with their middleware, applications, databases, and portals.

Information Builders, by contrast, has two product lines: the WebFocus BI suite and iWay data integration software. The company ranked seventh in the market in 2008 behind larger independents Microstrategy and SPSS, though the latter has since been acquired by IBM.

Most BI vendors have ventured into advanced analytics; Information Builders was the first to do so by embracing the open-source R programming language for statistical analysis with its RStat module. WebFocus 8 introduces two new analytic components: Visual Discovery 8 for visual analytics and an upgraded RStat module for predictive analytics.

Information Builders is celebrating its 35th anniversary this month, and Cohen still recites detailed, up-to-date figures for the zSeries (mainframe) and iSeries (AS/400) markets that gave the company its start. The company still has many customers on these platforms and it remains a long-term partner to IBM, despite that company's 2007 acquisition of Information Builders rival Cognos.

Born, raised, and still a resident of New York, Cohen is old enough to remember Gimbels Department Store and the Polo Grounds where the New York Giants played, but he doesn't divulge his age.

"He's the Sumner Redstone of business intelligence," one employee quips, referring to the octogenarian majority owner of Viacom and CBS. Redstone probably has a decade on Cohen, but lieutenants say the BI veteran, like the media mogul, will likely never retire.

On closing night at last week's BI Summit, Cohen was seen giving away iPads as raffle prizes in Information Builders' packed hospitality suite. Later he was scoping out customer names and checking the (smaller) crowd at a rival's hospitality suite. "It's too busy in our room," he said. "I came over here so I could hear myself think."