The Precision M6500 laptop is aimed at graphics professionals and researchers who need a high-powered desktop replacement. 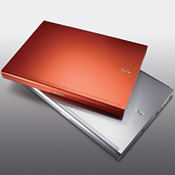 Other options include an edge-to-edge, 17-inch LED screen with user-selectable color gamut support. The system is also available with up to three internal storage drives and a choice of security features, such as a fingerprint or smart-card reader.

Dell launches its latest mobile workstation a couple of months after Intel released its Core i7 quad-core processors for laptops. Unveiled at the Intel Developer Forum in San Francisco, the chips are based on the chipmaker's current 45-nanometer Nehalem microarchitecture.

Unique features include turbo-boost technology that increases the clock speed of individual cores in a processor to dynamically meet workload demands. The core frequency is increased at intervals of 133 MHz until the upper limit is reached.

Besides Dell, computer makers offering mobile products with Core i7 chips include HP, Asus, and Toshiba.

We welcome your comments on this topic on our social media channels, or [contact us directly] with questions about the site.
Comment  |
Email This  |
Print  |
RSS
More Insights
Webcasts
The Pesky Password Problem: Policies That Help You Gain the Upper Hand on the Bad Guys
Succeeding With Secure Access Service Edge (SASE)
More Webcasts
White Papers
Exclusive IT Trend Report: Chatbots
Securing Our Life on the Edge
More White Papers
Reports
Are Unprotected Cloud Databases Leaking Your Data?
Evolution of Ransomware Gangs
More Reports