50%
Tweet
Using mobile technology to arm mobile workers, services such as Exec, GigWalk, oDesk, and Uber, are changing the very nature of knowledge-based work. How will you cope?

My job is a full-time journalist, where I sit behind a desk and type up my stories — occasionally taking breaks to interview sources.

For knowledge workers, work means sitting at a desk, drinking coffee — and checking their mobile phone to see the latest status update on Facebook. It rarely involves physical labor. But that's set to change. Due to mobile phones and broadband availability, the future of work may look less like sitting behind a desk, and more like my ride to work this morning.

I ordered a Lyft ride, a new service in San Francisco that connects people with cars who want to make extra money by driving customers like me who need a lift. The driver who came to pick me up is actually a music teacher by day. But he has three weeks off so he wanted to make extra money. Without having to pick up more skills, the driver is using resources he already had (his car) to make money. After paying insurance and gas, he told me he makes about $22 an hour, which works out to be about $100 per shift.

The private driver app Uber came first, and its entrance into the marketplace hasn't been without a struggle. Cities have been reacting strongly against mobile technology that threatens to disrupt the old school taxi system. However, the mobile disruption happening in transportation is an indicator of whats to come in other industries.

Besides connecting workers with customers, the mobile work force may soon change the face of the typical office. As unemployment rates continue to look dismal, work is beginning to move away from long-term commitments to more project-based or freelance work. 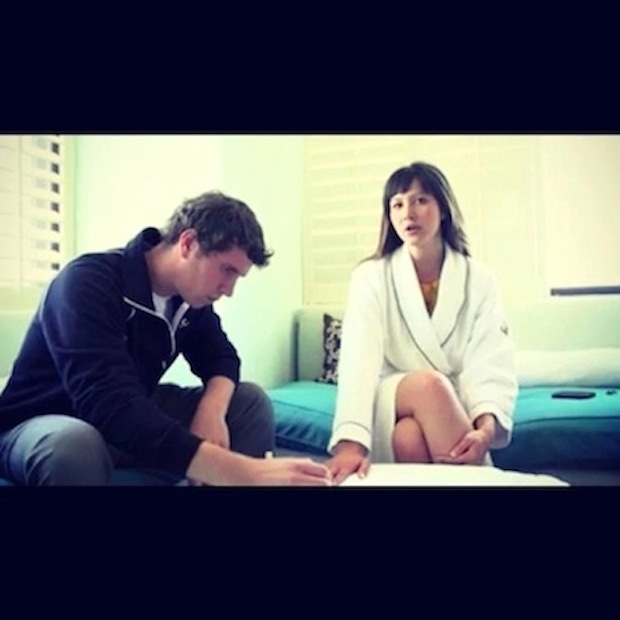 Erik Brynjolfsson thinks about the future of work a lot, as a result of the era of automation. Brynjolfsson, the director of the MIT Center for Digital Business, said "I think we'll see a lot more of this as transaction costs and search costs and [as] search costs fall with new technologies, the old jobs disappear."

By "old" job, he means the 9-to-5 job, where an employee goes in and has a pretty structured work day. In a NY Times article about fitness trainers, Brynjolfsson said the 9-to-5 secure job is becoming more scarce, and people will need to hustle to make a living.

Josh Elman, a Principal at Greylock, a venture capitalist firm, thinks work is becoming more project-based. Elman has worked on launches and management of products at Twitter, Facebook, and Linkedin.

Elman said that when he was at LinkedIn, "we thought [work] was all networked-based. You would amass connections over your career and then leverage your network for new opportunities, important connections (sales, business development, and investment), advice, and expertise. What I see changing most now it that jobs and careers seem more project-based instead of company-based. The freelance economy is huge — whether it's just companies such as Uber, Taskrabbit, Gigwalk or like oDesk, 99 Designs, or marketplaces like Behance or Contently get this to be higher and higher end."

The Internet has allowed for workers to be geographically independent. Even at United Business Media, the publisher of Byte and my employer, many employees work from home or over 150 offices around the world. There are types of creative outfits such as PeoplePerHour that allow people to post jobs they are willing to do, or Fiverr is a service that lets people perform various tasks for $5.

However, the most popular telecommuting company oDesk, connects professionals with temporary work and has made work available to those who live many miles or time zones away from where the work is, allowing for a more distributed work force.

Gary Swart, CEO of oDesk, said "we are seeing quite the opposite of project based work. One type of work is project based and the other is position based. I think of it as companies are trying to hire mobile app developers, they want to hire them and keep working with them. The work is mostly paid by the hour. The workers get hired and fired based on results, and are paid by performance."

The hours worked on oDesk has grown eight-fold since 2009, Swart said, which is an indication that it is "position-based" hire that is in demand.

While the trend started with tech work, where there are early adopters, Swart said he is seeing growth in non-tech areas such as design, customer service, and virtual assistant. He's also seeing more growth globally as larger companies adopt a more temporary workforce.

By 2020, one in three people will work online as opposed to in an office. Swart said many companies are struggling to find talent in their local geography. They want the flexibility to get the skills when they get them. Despite the fact that unemployment is at an all-time high, Swart said oDesk is seeing a competitive job market.

"We have to compete against Google and Amazon, and worry about retention and engagement. Companies are looking for getting most value for people, by re-evaluating fixed cost with employees and real-estate costs," he added.

The fact that workers can share documents and collaborate via Skype and Google+ Hangouts is changing the way people work. Workers no longer need to be in the same physical location to work together on a project in real-time.

Swart also mentioned is globalization as driving workers online. "The world is truly flat and getting flatter. And that is evidenced by clients who want access to talent across boarders. Nearly 30-percent of the hours billed in the United States originate off-shore. Clients want access to folks in the U.S. because Americans have a culture understanding that they want," Swart said. The Internet, globalization, and the economy are drivers to this on both sides, for companies and individuals. Like e-commerce, there's a massive market that wants to buy things via the web. Consumers are okay with paying for the goods, regardless of where they come from. Swart pointed out that 10 years ago, consumers weren't quite willing to do that.