Dell says that slate-style tablets aren't good enough for productivity and will focus on Windows 2-in-1s -- that is, detachable devices.

Dell says slates stink, so it's sayonara! The company is abandoning its Android tablet business altogether, and will shrink its Windows slate business to reflect the changing needs of the marketplace. Dell will instead focus its efforts on 2-in-1s, aka detachable devices.

Dell's Kirk Schell lays it on the line pretty bluntly.

"Let's face it: tablets simply cannot match the PC's processing power, flexibility and ability to generate the most productivity to turn creative thoughts into tangible results," Schell wrote in a blog post.

"The one constant feature across all of the devices people choose for work is that they must enable productivity. While there will always be a need for niche devices and certain features for specific computing tasks, we've found that the lack of productivity delivered by slate tablets are forcing people to leave them at home, and instead continue to use PCs to get real work done." 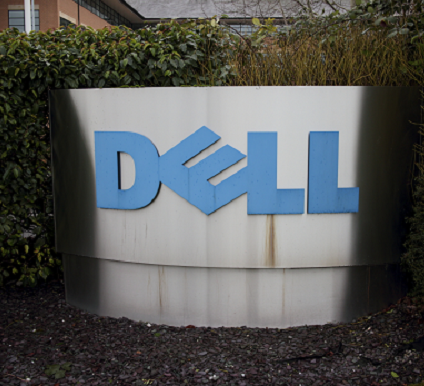 Moving forward, Dell says it plans to build more detachable devices that act primarily as PCs, but can also act like slates when necessary. Moreover, Dell will focus on Windows as its primary operating system.

Amazon, Apple, HP, Lenovo, and others shipped 34.7 million slates during the first quarter, giving slates 87.6% of the entire tablet market, according to the latest numbers from IDC. Detachables, such as Microsoft's Surface Book, saw triple-digit growth year-over-year, jumping to 4.9 million units, or 12.4% of the market.

"With the PC industry in decline, the detachable market stands to benefit as consumers and enterprises seek to replace their aging PCs with detachables," said Jitesh Ubrani, senior research analyst with IDC's Worldwide Quarterly Mobile Device Trackers. "Apple's recent foray into this segment [with 12.9-inch and 9.7-inch iPad Pros] has garnered them an impressive lead in the short term, although continued long-term success may prove challenging as a higher entry price point staves off consumers and iOS has yet to prove its enterprise-readiness, leaving plenty of room for Microsoft and their hardware partners to reestablish themselves."

That's exactly what Dell intends to do. Schell suggests that slates may be fine for checking email, glancing at the internet, or writing short articles, but firmly believes most businesses require "substantially more computing power than that."

Dell won't put mobility ahead of productivity, especially since that's what its customers want. The company says 2-in-1s offer all the productivity of PCs in a more flexible form factor that still delivers both reasonable value and the enterprise-class security today's businesses demand.

No surprise Dell killed its android tablet -- which were very well manufactured and easy to use -- in favor of PC- substitute detachable devices. Apple owns the tablet market, and with some exceptions, it's not an enterprise or SMB expenditure, and it never became a replacement for the PC. The pages of IW have covered this issue for more than a few years

Or maybe it's just that detachables came about sooner than expected -- and filled the void.

Will Dell do any more business with Android?
Reply  |  Post Message  |  Messages List  |  Start a Board
Editors' Choice
Hot Topics