50%
Tweet
Partnership with Cloudera will open up Hadoop to thousands of data integration developers.

EMC Greenplum, Netezza, Teradata: Cloudera has partnerships with these and other data warehousing luminaries. But a deal announced by Informatica on Monday just may outclass all those alliances.

The fruit of the new partnership will be a co-developed connector between the Informatica data integration platform and Cloudera's distribution of open source Apache Hadoop. Expected to be released early next year, the connector will give Informatica an on ramp to large-scale data-analysis projects in carried out in Hadoop.

For Cloudera, the connector will ease adoption of Hadoop for the tens of thousands of developers who are already familiar with Informatica's integration software.

"The relationship with Informatica is obviously a big deal for us," said Mike Olson, CEO of Cloudera. "There are 3,000 trained users of Informatica's software inside Accenture alone, and that's just one integrator." Informatica has more than 4,200 customer firms in total. 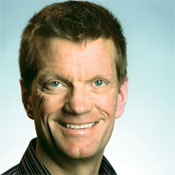 If somebody stops getting direct deposits in their checking account and starts buying gas on a credit card, for example, you might surmise that they've lost their job and you might want to rescore the risk of that loan. "MapReduce provides the plumbing to do that sort of analysis," Olson explained.

Informatica plans to support Hadoop as part of what it describes as its hybrid platform, meaning users can manage data integration needs for Hadoop in the same environment they use for integration with more conventional databases, data warehouse environments and content stores.

The connector and hybrid support will obviously make it easier for Informatica veterans to work with Hadoop. But don't count on an opening of floodgates. Best estimates put the number of Hadoop deployments in the thousands. Cloudera currently has fewer than 100 customers subscribing to enterprise support for the vendor's Hadoop distribution, according to a source at the company.

We welcome your comments on this topic on our social media channels, or [contact us directly] with questions about the site.
Comment  |
Email This  |
Print  |
RSS
More Insights
Webcasts
Automating Security Functions in Your Enterprise
The Best Ways to Stop Malware and Ransomware That No One Else Will Tell You
More Webcasts
White Papers
[Forrester Research] The State of Data Security & Privacy
2020 SANS Cyber Threat Intelligence
More White Papers
Reports
The State of IT Operations and Cybersecurity Operations 2020
2019 Threat Hunting Report
More Reports