50%
Tweet
Ideal.com works to take the gut decision out of the hiring process, replacing it with data analytics.

How do you know that a new hire will work out? Even a perfect resume doesn’t guarantee it because there are many other factors that determine if an individual will be happy and productive at a particular organization. That’s the premise of job matching startup called Ideal.com. It takes in a lot more data from both employee and employer to predict compatibility for sales positions. 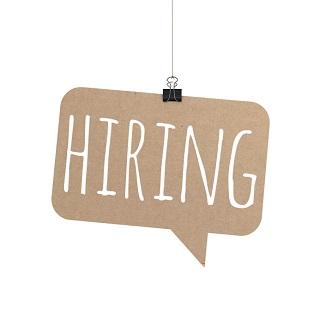 If that sounds rather like online dating, it should, because that's the model that Somen Mondal, Ideal.com’s CEO, invokes. I spoke to him on the phone about how his approach works. He also revealed what made him realize that there is a need for a better way to match candidates with companies.

Ideal.com is the second company that Mondal has established. At his previous company, when he asked recruiters what data they drew on to determine which candidates would prove to be top performers and happy at his company, they wouldn’t have anything really concrete. They’d either point to a common school or say “I just know.” But Mondal didn’t put that much stock in gut feeling himself. He wanted to establish a systematic method for consistently finding the right sales people.

The core of the Ideal.com model is an assessment of the fit between potential hires and the businesses in three key areas: skills, personality, and culture. Skills include one’s education and previous job. That’s the type of information one can convey with a resume, which is all that most recruiters and HR people look at. It’s also the basis of job board matches that are based solely on text. But just as it is for online dating, these textual search terms tell only a fraction of the story.

They have tens of thousands of additional data points that dig into the other two components. To assess personality, Ideal.com looks at all the variables from 18 different domains for a sales specific personality. For culture, they take in data from a questionnaire that is built with redundancy for accuracy. Ideal.com takes all that into account for the prospective employee to match with a similarly detailed profile of the employer.

The employer profile is based on the models set by who has already proven to be successful there. For example, he said, if Amazon is hiring, they’d look at its “top performing people to figure out what is in the DNA of a successful person” there. On that basis, they build a benchmark against which to measure prospective candidates. Then predictive analytics point to which salespeople are the best match based on all those factors.

At this point, Mondal says, they have hundreds of companies culturally profiled. That information helps them not just for those particular companies but for others, as well. If a company doesn’t have enough employees to form a basis, they “can work with aggregate data on top performer benchmarks” drawn from comparable companies to form a general template. “The more data you put into the system, the smarter the results,” he says. That’s what it’s all about. Bringing in a sports analogy, Mondal declared, you wouldn’t want to pick a baseball team with half the stats.”

The numbers certainly do show that getting the right data pays. Ideal.com reports a 10X increase in candidate satisfaction and a 32% reduction in time-to-hire. Mondal told me that the comparisons are based on what customers report in comparing what they see with their service with other forms of recruitment.

Pay for successIdeal.com says that really does put its money where its mouth is in terms of promising a candidate that is more likely to stick around. Unlike other recruitment firms, it offers clients the option of paying over 12 months. That means that if the candidate leaves after just a month, Ideal.com forfeits the remaining payments. They do report lower attrition rates, although, at this point a year’s duration is the longest time they would have on record for job matches.

Though Ideal.com has been in business for over two years, the first year was devoted to research and development. It only started selling the solution at beginning of 2015 in four cities: Toronto (where it’s based), San Francisco, Boston, and Chicago. I noticed that most of its clients are tech companies. Mondal explained that they are not restricted to that sector but as tech companies are “more forward thinking” with respect to using data, they are more amenable to a data-driven solution for hiring.

He believes that data science will become central to hiring in the future, though it is still “early days” for it. He explained “What we’re doing is removing gut-feel. People are often skeptical about it. Every time we get a new customer, we have to tell them that it will be better because we are using data.” That doesn’t mean that they are removing humans from the process, though. Humans would still be needed to interact with candidates. We’re “not trying to replace the human element, just enhancing the decision-making process for the human part of the recruiting process,” he said.