With the release of its Virtual SAN 6.2 offerings, VMware is looking to make it easier for customers to create and run a hyper-converged infrastructure within their data centers. The company is also introducing "Ready Nodes," which are plug-in data center modules with virtual storage.

8 DevOps Lessons IT Can Teach The Enterprise
(Click image for larger view and slideshow.)

Virtualization continues to reach deeper into the enterprise data center. As it does so, VMware is seeking to make it simpler to add resources in pre-integrated nodes -- a combination of vSphere virtualization management software, the vCenter Server for running hundreds of VMs, and Virtual SAN 6.2.

The combo is VMware's upgraded entry in the field of hyper-converged infrastructure, which the company announced Feb. 10.

With data centers approaching 80% to 90% virtualization, one of the fastest ways to add to them is through these "Ready Nodes" of compute, networking, and storage, all pre-virtualized, said Skip Bacon, vice president of product management for VMware's entry in the field. 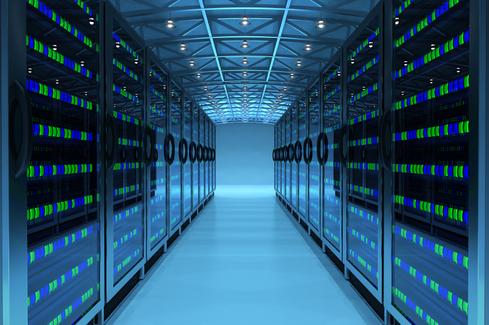 Market researchers, such as Gartner, IDC, and Forrester, describe the two-year old category of hyper-converged infrastructure as one of the fastest-growing IT product areas. It will amount to a $1.5 billion market this year, according to IDC. Gartner predicts hyper-converged infrastructure will build to a $5 billion market by 2019, according to an end-of-year report.

Vendors other than VMware, such as Nutanix, have been in the field longer, but hyper-converged infrastructure allows VMware to offer a software stack that works with a variety of hardware.

With one decision on an administrative screen of the vCenter management console, the customer turns on the VMware Virtual SAN. That move activates a hardware and software set that's ready for use as a pooled resource. A hyper-converged system includes a VMware virtualized storage system for data management.

With VMware, the customer chooses what x86 server hardware it wants, provided it's a VMware-certified system from Dell, HP, Cisco, Huawei, or one of seven other hardware suppliers.

The data center's former marriage to stand-alone storage systems is being disrupted by hyper-converged infrastructure. "It's all about simple. Many customers can eliminate the fibre-channel SAN or stand-alone filer. There's nothing about setting up a SAN that can be described as simple," Bacon said.

VMware claims 3,000 converged infrastructure customers signed up in the first 21 months of its availability.

The frequently cited market leader is Nutanix, which disclosed it had approximately 2,100 customers when the company filed its S-1 form with the US Securities and Exchange Commission, Bacon said. Nutanix plans to go public later this year.

Regardless of exact customer count, Nutanix would show higher converged infrastructure revenue than VMware, because it supplies the hardware as well as software, with a higher price tag per unit shipped, according to a Dec. 22 Forbes article.

In addition, VMware Virtual SAN 6.2 can employ an all-flash storage system, with a storage efficiency that has been increased by a factor of 10 over the previous VSAN release.

VSAN 6.2 accomplished that through the addition of deduplication and compression of data, resulting in a 7X reduction in the amount of data. VSAN 6.2 also makes use of a RAID concept called erasure coding for the first time, where information captured in a small data set can be used to reconstruct a larger data set. By relying on erasure coding, less space is needed on disk to guarantee the ability to create a complete duplicate data set. Erasure coding can double usable storage capacity, Bacon said.

In addition, Virtual SAN 6.2 provides added visibility, control, and reporting of I/Os per second consumed by individual virtual machines, creating a readable track of noisy neighbors or virtual machines on the same host that require a high number of I/Os.

Charles Babcock is an editor-at-large for InformationWeek and author of Management Strategies for the Cloud Revolution, a McGraw-Hill book. He is the former editor-in-chief of Digital News, former software editor of Computerworld and former technology editor of Interactive ... View Full Bio
We welcome your comments on this topic on our social media channels, or [contact us directly] with questions about the site.
Comment  |
Email This  |
Print  |
RSS
More Insights
Webcasts
What We Can Learn from Sports Analytics
Making Cybersecurity Work in Small and Medium-Sized Businesses
More Webcasts
White Papers
Passwordless: The Future of Authentication
Research Report: Evaluating Your Organization's Cybersecurity Readiness
More White Papers
Reports
The State of Threat Detection and Response
DNS Network Traffic Volumes During the 2020 Pandemic
More Reports